One of the best ways to buy physical gold today 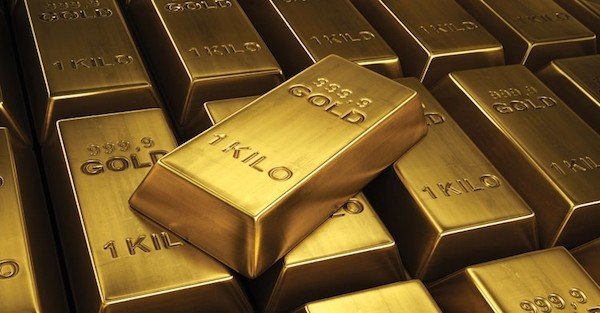 [Editor’s note: In today’s Notes from the Field, I want to share an excerpt from our premium intelligence –Sovereign Confidential. We recently spoke with one of the world’s top gold experts. And he shared a specific gold investment that’s trading near historical lows and is one of the best ways to buy gold today, in my mind. I doubt you’ll hear about this anywhere else. Read on for the details…]

The beauty, value and heft of a gold coin in your hand is a real pleasure, and it holds real value. I’ve got a fair number of them in my home safe. They’re immediately accessible, valuable and liquid. If I have to, I can quickly turn them into cash.

There are two general types of gold coins – bullion and numismatics.

Bullion coins are the most well-known in the market– US Eagles, Canadian Maple Leafs, etc. These coins are valued almost exclusively on their gold content.

For example, a one-troy-ounce Canadian Maple Leaf gold coin typically sells for very close to the spot price of gold… you pay a little more for the workmanship that went into creating the coin and a small premium to the dealer for his services.

Bullion coins are usually manufactured annually by the government’s mint. So they’re not considered rare. But they’re the cheapest and most-liquid way to invest in physical gold.

Then you have numismatic coins — also known as rare or collectible coins. Examples include:

Like bullion, numismatics also have value because of their metal content. But the biggest determining factor in their price is their rarity. Unlike with bullion coins, government mints aren’t churning out any more 1933 Indian Head Buffalo (Bison) “Hobo” nickels.

In addition to rarity, collectible coins are also valued based on their condition, and whether or not they were circulated. Some of the most sought after coins sell for millions of dollars apiece.

The ultimate authority on numismatics is my friend, renowned coin expert Van Simmons of David Hall Rare Coins. He literally helped create the standard for grading and pricing collectible coins. In 1985, Van co-founded a company called Professional Coin Grading Service (PCGS) to standardize coin grading based on factors such as luster, color and preservation.

And PCGS has evaluated nearly 40 million coins – and continues to grade more and more each and every day. So, trust me when I say Van knows a thing or two about collectibles.

Right now, due to the fact that the gold price has been fairly stagnant for the last several years, certain collectibles are selling for incredibly cheap premiums, as low as $50 over spot price of gold.

This is a big deal: You’re essentially paying bullion prices for a collectible.

Think about that: you can buy a rare coin which has TRUE scarcity for nearly the same price as brand-new coins that are churned out year after year. And you’ve essentially got a free call option on the market realizing its rarity value…

Van says MS 64 $20 St. Gaudens gold pieces are one of the best deals on the market today, selling at historically low premiums over spot. The MS in the description means “Mint State,” and corresponds to the numerical grades MS60 through MS-70.

These are the highest-quality numismatics, ones that have never been in circulation. A Mint State coin can range from one that is covered with marks (MS-60) to a flawless example (MS-70).