This beautiful country is in crisis again, offering CHEAP living + a FAST passport 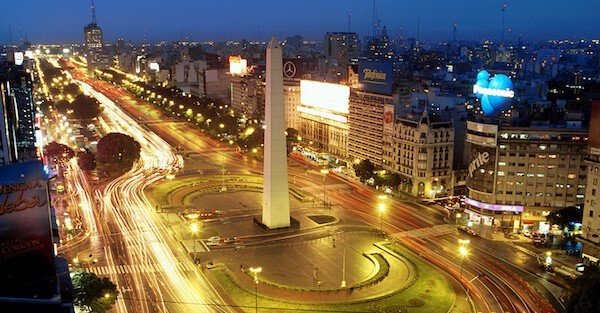 Last year, when Argentina offered a 100-year bond, I argued it was plain insanity.

Argentina sold $2.75 billion of the debt… but the issue was nearly four times oversubscribed.

How could investors place so much faith in a country that spent most of its post-independence history defaulting on its debts. Plagued by a series of populist governments since the mid-20th century, Argentina defaulted twice in the last twenty years, and eight times since its independence in 1816.

And guess what… It’s crisis time in Argentina. Again.

But despite these efforts, the peso has fallen by 50% versus the US dollar and the euro this year.

And the International Monetary Fund (IMF) recently upped its rescue loan to Argentina to  $57 billion – the biggest rescue package the organization has ever provided.

So, one year into owning Argentina’s 100 year bonds, investors are already questioning the country’s solvency.

If you ask me, anyone buying that debt deserves whatever punishment they get. You can basically set a clock to Argentina’s defaults.

But crisis brings opportunity, and Argentina is no exception.

If you hold dollars or euros, Argentina is on sale today. And you can have a fantastic lifestyle there for very little money.

This most romanticized South American country comes at about half the price when compared to its neighbors, Uruguay and Chile. And today, it is even cheaper than much-less-developed Paraguay.

To get the real feel on the ground I sent one of my analysts on a trip across Argentina.

He confirmed that Argentina offers a lifestyle comparable to what you’d find in the in Southern Europe… but for a fraction of the cost.

In Buenos Aires – probably the best-known South American city – today you will pay:

Of course, you don’t have to spend money so “lavishly.” A simple lunch in Buenos Aires’s business district costs less than $4 today, and a subway ride is a whopping 35 cents.

One negative is that it’s not cheap to buy properties in Buenos Aires. Argentines don’t trust their currency (with good reason) and are pricing properties in the best neighborhoods in dollars, not pesos. And since the beginning of the year, those dollar prices barely moved.

Although I’m sure if you were serious about buying a property, you could still pick something up for well below the advertised price.

If you want a great deal in Buenos Aires today, you need to rent. Unlike prices for buying a home, prices to rent are always priced in pesos. That means, in dollars, rents plummeted about 50% since the beginning of the year.

You can get a lovely Airbnb flat for $35 a night, and a very nice two-bedroom apartment for under $1,000 a month – both in the best part of the city.

And the cost of living outside of Buenos Aires plummeted even further.

Sure, some countries in Asia are similarly low-cost, but literally no other country in the Western Hemisphere can hold a candle to the lifestyle-vs-cost equation, especially after you account for how nice and developed Argentina is.

Unlike many countries in Asia, Argentina has style.

Two-thirds of all Argentineans trace their origins to Italy. Like Italians, Argentines look good, dress well, love everything beautiful, and are proud of their European culture… to the point of snobbery, in fact. They often turn their nose up at other South Americans.

And just like Italians, Argentines tend to be warm, welcoming, and easy to connect with.

If you can work remotely – it’s hard to land a decent-paying job in Argentina – and dreamed about living in Southern Europe but didn’t like the price tag of Rome or Barcelona, then Buenos Aires (and the rest of Argentina) could be your perfect alternative today.

Your money will go much further in Argentina than in Italy or Spain.

And I didn’t even mention the best part yet – If you spend a little over two years in the country, you can qualify for a passport there. Argentina remains one of the most liberal places in the world when it comes to citizenship, allowing naturalization after just two years of residency.

And according to our recent research, an Argentinean passport is the second best in Latin America only after Chile.

Now, you could move there for a couple of years and qualify for a passport.

Combine price, quality of lifestyle and speed of citizenship, and Argentina is one of the best choices for your Plan B today.