This is the craziest mortgage scheme I’ve ever seen 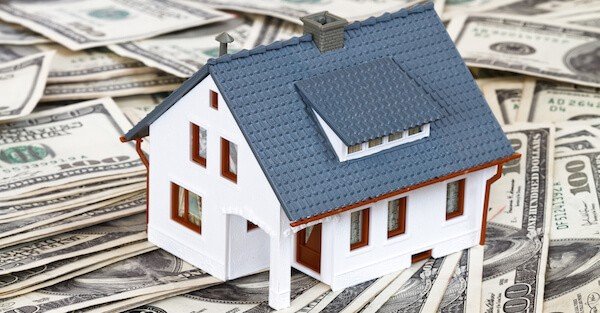 The Great Financial Crisis happened because Wall Street was financing homes for people who couldn’t afford them.

Leading up to the GFC, there was a voracious appetite from investors for “AAA”-rated mortgage debt. So lenders would make lots of loans to subprime borrowers and sell them to Wall Street. Wall Street would pool them together and one of the major ratings agencies (like Moody’s or Standard & Poor’s) would stamp the steaming pile of garbage with AAA.

AAA by Moody’s definition means the investment “should survive the equivalent of the U.S. Great Depression.” In other words, it’s rock solid.

The reasoning was that one subprime mortgage was risky. But if you bundled thousands together, you get AAA… Because they couldn’t all go bad at once. And, hey, you can’t lose money in real estate.

The rating agencies weren’t as dumb as they appeared, though… Investigations following the crisis showed lots of incriminating emails, like this one from a Standard & Poor’s exec:

“Lord help our fucking scam . . . this has to be the stupidest place I have worked at.”

Like everyone else, they played along because they wanted to make money.

To generate enough mortgages to meet demand, lenders would do anything…

– Sell a house for no money down

– And even offer to pay part of your mortgage for a couple months (most small lenders could sell a loan to Wall Street in a month or two, erasing their liability. If the origination payment was more than cash out of pocket, they still came out ahead).

They called the worst of the subprime loans “NINJAs” as in “No income, No job, No assets.”

When they couldn’t actually write enough mortgages to meet demand, Wall Street got creative. They started bundling together bundles of mortgages, something called a CDO-Squared. Then they created synthetic CDOs, which were just derivatives of subprime mortgages and even other CDOs (essentially a way for people to gamble on the mortgage market without actual mortgages).

As we all know, it ended in disaster… because the people who took out the mortgages they couldn’t afford to buy overpriced homes stopped paying. And the CDOs, CDOs-squared and synthetic CDOs (which had been spread around the world) went bust.

Remember, it all started with selling people homes they couldn’t afford. Which brings me to today…

There’s a record high $1.4 trillion of student debt in the US. And millennials are struggling to pay off those balances.

The National Association of Realtors polled 2,000 millennials between the ages of 22-35 about student debt and homeownership… Only 20% of those surveyed owned a home… Of the 8 in 10 that didn’t own, 83% of them said student debt was the reason. And 84% said they’d have to delay a home purchase for years (seven years being the median response).

And that’s all bad for the home-selling business. Once again, the lenders are getting creative…

Miami-based homebuilder, Lennar Homes, recently announced it would pay a big chunk of a student loan for any borrower buying a home from them.

Through its subsidiary Eagle Home Mortgage, the company will make a payment to a buyer’s student loans of as much as 3% of the purchase price, up to $13,000.

Debt has become such a keystone of our society, that the only way we can afford something is to swap one type of debt they can’t afford with another type of debt.

The point is, America is broke… A single, surprise expense like a flat tire or a doctor’s visit would wipe most people out.

And it’s only getting worse.

Back in August, I calculated the average household account at Bank of America (which has $592 billion in consumer deposits from 46 million households)… It’s only $12,870 per household… And that includes savings, investments, retirement… EVERYTHING.

Also keep in mind, that’s the average… So accountholders with huge balances skew the numbers higher.

It’s no wonder Americans have $1.021 trillion in credit card debt – the most in history.

Auto loans are also at a record high $1.2 trillion.

The liability side of the balance sheet keeps expanding. Meanwhile assets and productivity aren’t keeping up.

But people continue buying homes, cars, TVs and college educations by taking on more and more debt… And now, by swapping one type of debt for another.

Wealth is built on savings and production. Not on playing tricks with paper and going deeper into debt.

I can’t tell when this house of cards falls. But rest assured, it will come tumbling down.

Will you be ready when it does?