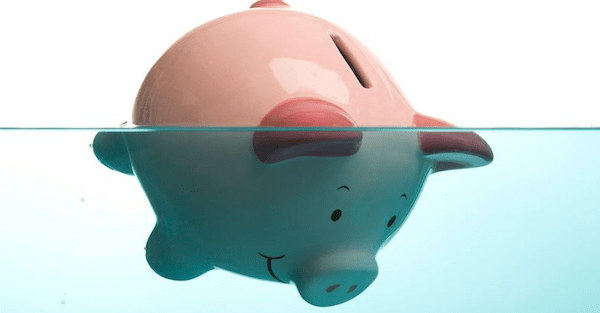 I’ve been talking a lot about the looming pension crisis…

My short thesis is, if you’re depending on a pension for your retirement, it’s time to start looking elsewhere.

Pensions are simply giant funds responsible for paying out retirement benefits to workers.

And today, the nation’s 1,400 corporate pension plans are facing a $553 billion shortfall. And, according to Boston College, about 25% will likely go broke in the next decade.

Think about that… A full one-quarter of US, non-government employees expecting a pension to fund their retirement will likely get zilch.

And it’s even worse for the government…

The reason for this crisis is simple – investment returns are too low.

Pension funds invest in stocks, bonds, real estate, private equity and a host of other assets, hoping to generate a safe return.

But with interest rates near their lowest levels in human history, it’s been difficult for these pensions to generate a suitable return without taking on more and more risk.

And that’s another big problem with pensions – their investment returns are totally unrealistic.

Most pension funds require a minimum annual return of about 8% a year to cover their future liabilities.

But that 8% is really difficult to generate today, especially if you’re buying bonds (which is the largest asset for most pensions). So pensions are allocating more capital to riskier assets like stocks and private equity.

And so far it’s working.

Two 8%+ years isn’t the norm. Over the past 10 years ending June 30, CalSTRS returned an annualized 6.3% a year – well below its target. And CalPERS has returned a dismal 5.1% over the same period.

And that’s been with the tailwind of one of the longest equity and fixed-income bull markets in history.

And the two California pension giants are even admitting the game is up.

No, no more 8% target return, as we teeter on the edge of what could be the largest market correction of our lifetime.

CalSTRS is making the bold move to drop its future goal to… 7%.

And CalPERS is ratcheting down its return goals in steps to… wait for it, 7% by 2021.

Listen, it’s a nice gesture for these big funds to lower their expected returns and admit things are tough out there.

But 7% is still totally unrealistic. And that’s not even taking into account the tough times I see ahead for markets. Pensions haven’t been able to hit a 7% return in the best of times.

As of June 2017, the 10-year annualized median return for all public pensions tracked by the Wilshire Trust Universal Comparison Service was 5.57%.

But there’s another way pensions make money… they collect funds from active workers and taxpayers.

When these funds drop their return expectations, it has real life implications. With a lower, projected return, a pension fund needs more cash to pay out its future liabilities.

For example, CalPERS, which is dropping its expected return to 7% by 2021, said the state and school districts paying into the pension will have to pay at least $15 billion more over the next 20 years once the 7% target kicks in.

So, people depending on a pension not only likely won’t get the money owed to them in the future… but they’ll also get stuck paying more into the system today. It’s a true lose/lose.

Our goal at Sovereign Research is to put our readers in a position of strength.

And if you’re expecting a pension to pay for your retirement, you need a contingency plan today.

Last month, I outlined a series of steps you can take, right now, to improve your financial situation – like improving investment returns and alternative retirement account structures.

Personally, I’ve been selling assets to raise cash. In fact, I’m sitting on more cash than at any other point in my life.

I’m sitting on cash because I’m worried we could see another recession very soon.

And being liquid at a market bottom is one of the best ways to get really rich – you can buy the world’s best assets for pennies on the dollar.

But here’s the best part… I’ve structured my cash holdings so I’m still earning a solid return – better than a lot of these pension funds. But I’m remaining liquid and taking on very little risk.

If you want to know more about what I’m doing with my own money, and why I’m sitting on so much cash, just click here…