What your high school chemistry teacher never taught you about gold 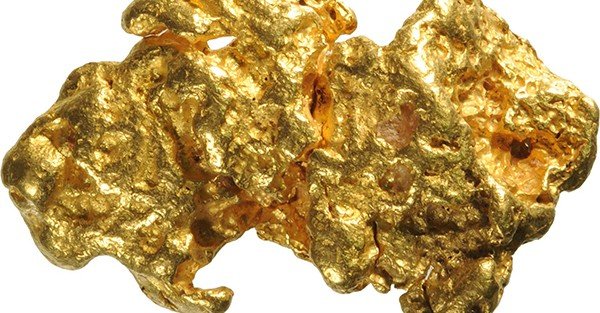 One of the more unfortunate developments in human civilization over the last century is the devolution of money.

In fact, the word ‘money’ has now become synonymous with those funny pieces of paper that are conjured out of thin air by unelected central bankers.

Or even more ridiculous, ‘money’ has become the electronic representation of that paper.

Think about your bank account balance; it’s not like the bank has all that paper currency sitting in its vault.

The ‘money’ in your account doesn’t even really exist. There’s just enough of a thin layer of confidence in the system (at the moment) that this is a widely accepted practice.

It seems rather strange when you think about it. Though for thousands of years, early civilizations had some pretty wild ideas about money.

There are examples from history of our ancestors using everything from animals skins, to salt, to giant stones, as their form of ‘money’.

Though I suppose these weren’t any more ridiculous than our version of money– pieces of paper that don’t even really exist, controlled by unelected central bankers.

Of course, over the last 5,000 years, there was at least one form of money that did make sense. And it stuck. I’m talking, of course, about gold.

It’s no accident that gold has become the most consistent form of money in world history.

The metal is uniquely suited to serve as currency, not only amongst precious metals, but compared against nearly everything else on the planet.

You can see for yourself by taking a look at the periodic table of elements, the scientist’s catalog of everything the world has to offer.

Many of the entries on the periodic table are immediately disqualified. Many elements are radioactive. Others are gasses that would be impossible to transport.

Still others are colorless, and hence indistinguishable from air.

Taking these out eliminates most of the list, and you’re left with just a few dozen metals.

Most of these, however, like copper or iron, can be easily eliminated as well. They’re simply too common. And a form of money is useless if its in too much abundance… a lesson that modern central bankers have completely forgotten.

Others (like cesium) are highly reactive and explode on contact with water, or at least corrode easily.

Clearly a currency that kills its holder, or can’t even maintain its physical state without debasing itself, is rather useless.

Even silver, which nearly passes every single test falters at the last point, because it tarnishes slightly in reaction to sulfur in the air.

So out of all the elements we’re left with just one that’s just right: gold.

Gold is inert and non-reactive. It’s stable. It holds its form over the long-term. It’s malleable and easily divisible. And it’s rare. But not too rare.

Judging by its chemical properties, it’s no accident that gold became the most widely-used currency in history.

Of course, defenders of the paper money concept call gold a “barbarous relic”, suggesting that it has no place in modern civilization.

(Curiously, paper is also relic from long ago, dating back to the 2nd century AD in China. . .)

Yes it’s true that gold is a very old concept. But so is the wheel. Language. Arithmetic. And many other ideas passed down from the ages.

Just because something is ancient doesn’t mean it’s not RIGHT.

And if you hold a long-term view, and believe that the path to prosperity is not paved in debt and money printing it makes sense to consider holding at least a small portion of your savings in the metal.