Why there is nothing dirty about Offshore Banking 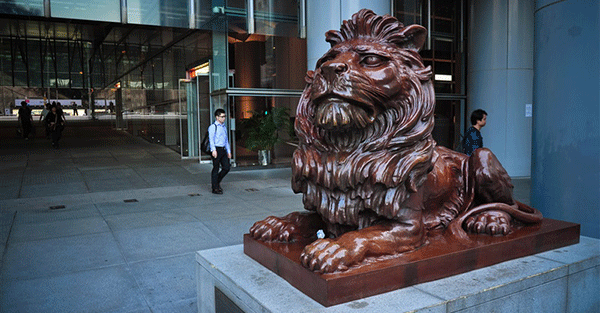 The mere concept of “offshore” is automatically associated with criminal activity, tax evasion, and terror financing.

Consider the notion of offshore banking.

The immediate image that comes to mind is some moustache-twirling billionaire tax cheat hiding his ill-gotten gains in a nefarious island bank.

The media crusade over the Panama Papers only reinforces this absurd stereotype.

But the reality is far different than the fiction that’s being peddled.

In the US, the epicenter of the movement against financial privacy and freedom, the banking system has become a pitiful shell of the sturdy pillar it’s supposed to be.

After years of raking in huge profits as they loaned their depositors’ savings out in the most reckless and irresponsible sub-prime home loans, the banks crashed.

Then they went to the government with hat in hand, telling us the world would come to an end if they didn’t receive a massive rescue package.

Despite nearly $1 trillion in a taxpayer-funded bailout, the biggest bailout of all came from the Federal Reserve.

The Fed spent years conjuring trillions of dollars out of thin air and ‘loaning’ it to commercial banks at 0% interest to help them recapitalize.

But in bailing out the banks, the Fed had to expand its own balance sheet so rapidly that they rendered themselves nearly insolvent.

In the meantime the Fed has also had to continue funding the US government’s addiction to debt, which has doubled since the financial crisis and now exceeds 100% of GDP.

The US financial system, therefore, is comprised of an insolvent government, a borderline insolvent central bank, and commercial banks that have a history of making reckless decisions with their depositors’ funds.

Meanwhile, over in Europe, many of the commercial banks themselves are outright insolvent and have had to resort to cash and withdrawal controls to trap their depositors’ funds in a failing system underpinned by negative interest rates.

Given this ridiculous financial reality, it should be clear that banking overseas has nothing to do with tax evasion.

Tax evasion is pointless and stupid anyhow. If your goal is to reduce what you owe, there are countless ways to legally do so.

For example, instead of committing tax evasion, a US investor who wants to reduce his/her taxes could move to Puerto Rico instead.

Meanwhile, the island has an incentive law reducing the rate of tax on certain investment income to 0%. And you don’t even have to live there year round.

So, Option A is risking jail time by committing tax evasion. Option B is moving to a beachfront paradise for part of the year and legally paying zero tax. Duh.

Banking overseas, for instance, can be MUCH safer.

There are many jurisdictions abroad, like here in Hong Kong for example, where the banks are highly capitalized and maintain strong, conservative cash reserves.

Hong Kong banks are also backed by a deposit insurance program that’s actually well-funded, which itself is backed by a government that has zero net debt and is swimming in cash, plus one of the best-capitalized central banks on the planet.

What a night and day difference.

In the Digital Age, geography is an irrelevant anachronism. It shouldn’t matter if your bank is across the street or across the world.

The most important characteristic of a great bank is its financial stability.

Is it liquid? Is it solvent? Are its lending and investment practices conservative? Is the country’s banking system robust and sustainable?

Most of the West gets fairly poor marks in these key questions.

But if you expand your thinking to the entire world, you’ll find there are much better, safer options abroad.

Don’t buy the popular myth. Having a foreign bank account isn’t about being a tax cheat.

It’s completely and totally legal as long as you follow your country’s disclosure rules.

This is ultimately about keeping your capital safe by holding your savings with a strong, conservative bank in a sustainable, debt-free financial system.