You might qualify for this unique second passport. But the window closes soon… 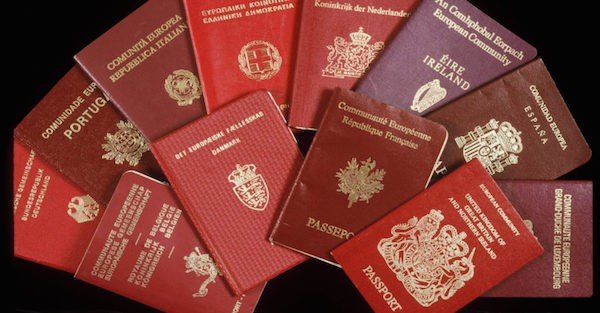 Today I’m going to share a unique, European-based idea that could set you up for decades to come… and could even benefit your children and grandchildren.

First, let’s acknowledge that Europe is in a bit of a mess. I won’t dive into the nasty details of the political drama (you can find a good summary here).

But in short, a populist (and anti-EU) political party called the 5-Star Movement put forward Paolo Savona to be Italy’s finance minister.

Savona is an economist and former banker who is highly “Eurosceptic”, meaning he thinks that it’s a terrible idea for Italy to keep the euro as its currency.

Italy’s President, Sergio Mattarella, believes that Italy should remain with the euro. So he denied Savona and the party’s appointment for Prime Minister, opting for more mainstream appointments.

That’s when all hell broke loose. The 5-Star Movement and its allies the League were outraged, and some called for President Mattarella’s impeachment.

Now Italy’s government is in deadlock. And we could potentially see another election soon, with the populist alliance gaining even more power.

Financial markets are concerned that the problems in Italy (one of Europe’s largest economies) could spill into the wider euro area.

Billionaire George Soros summed it up saying that Europe is in the midst of an “existential crisis” and that “everything that could go wrong has gone wrong.”

But the investment idea I’ll share with you today will allow you and your family to prosper regardless of how bad the turmoil in Europe gets.

I’m not talking about a traditional investment, like buying stocks or bonds.

I’m talking about obtaining a passport.

Europe happens to be home to a number of countries that grant citizenship to descendants of their nationals.

For example, if you have Irish grandparents, it’s possible for you to obtain Irish citizenship too.

We’ve discussed a number of these options in the past. The one I want to tell you about today is Luxembourg– the tiny nation bordered by France, Germany and Belgium.

You’re probably not aware, but you can get a Luxembourg passport if you can trace your ancestry back to the country.

And while you may doubt you have any relatives from Luxembourg, there’s a better chance than you realize…

On the topic, a client came up to me at our recent event in Puerto Rico saying he was granted citizenship in Luxembourg because of the research we recently sent to our premium readers.

In the 19th century, Luxembourg lost one-third of its population to emigration. While the industrial revolution made other European countries rich, Luxembourg remained poor and rural. So its citizens left for the United States en masse in search of a better life.

The Luxembourg government crossed these people off their list of citizens without any notice.

But on October 23, 2008, the government of Luxembourg passed a new nationality law. The text stated that any person who had a direct-line ancestor born in Luxembourg in its modern borders (and who was alive on January 1, 1900) could now reclaim the citizenship their ancestor lost.

But the government only allowed a ten-year window to claim that citizenship.

And that window closes at the end of 2018. Bottom line, if you have a Luxembourg citizenship to claim, you must turn in your citizenship paperwork by December 31, 2018.

This eligibility applies to ANYONE… as long as you can trace your lineage back to Luxembourg.

Besides Luxembourgish, French and German are two other widely spoken languages in Luxembourg.

Over time, many families grew to believe they had German or French heritage, while in reality they hail from Luxembourg.

(Wrongly denoting people as German instead of Luxembourger was especially common in the US.)

So, if you think you have German or French ancestry, but are not 100% sure, you might qualify.

Same thing if you think you’re Dutch. The Grand Dutchy of Luxembourg (as the country was once known) used to be part of the Kingdom of Netherlands, so people were often wrongly recorded as Dutch.

I always recommend you obtain a second passport as part of your “Plan B.” It’s a no brainer.

Even just for pure safety reasons… have you ever noticed that no one ever hijacks an airplane and threatens to kill all the citizens of Luxembourg?

Ultimately a second passport is like an insurance policy. You might never need it. But in the event you ever do, it may be one of the most valuable things you could ever have.

In other words, there’s no downside… regardless of what happens (or doesn’t happen) in Italy, or the rest of Europe.

And obtaining one through ancestry is the easiest, most cost effective ways possible.

Typically it also means that you can pass down your Luxembourg citizenship to your children and grandchildren as well. So future generations can benefit from the bit of legwork that you do today.

That’s a pretty big deal. There aren’t many things you can do in your life that will have a lasting impact on your family for generations to come. But this does.

And if you don’t qualify for Luxembourg citizenship, there are plenty of other countries that offer citizenship by ancestry like Italy and Poland.

If you want more information on these countries and their citizenship programs, I’d encourage you to check out this free article.