What I learned about the US real estate market this week 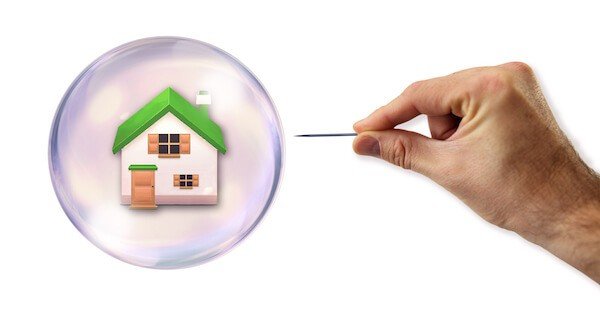 For the last several days I’ve been speaking at an investment conference organized by my friends Robert Helms and Russell Gray.

It’s been great so far, and my fellow speakers here include the legendary Robert Kiyosaki, G. Edward Griffin, Peter Schiff, and many more.

One of the key themes so far in the event is that there are likely problems ahead for the US real estate market.

On the first day I had a great conversation with the Chief Economist of Fannie Mae, who was also speaking at the conference.

If you’re not aware, Fannie Mae is a quasi-government agency that is heavily involved in the US housing sector.

I asked him point blank– what do you think of US housing right now? He answered succinctly: “It’s overpriced.”

His presentation went DEEP into the data, showing that US housing is “late in the cycle,” meaning that prices may soon reach their peaks and then suffer a substantial correction.

Property prices nationwide across the United States have been rising at a much more rapid rate than wages and salaries. This is totally unsustainable.

A number of prominent real estate investors and developers have also spoken anecdotally that they’re no longer buying.

One gentleman who owns and operates more than 10,000 apartment units told us that he can no longer find any properties that meet his investment criteria.

Everything is overpriced, and investment returns are falling.

Even more amazing, he told us that banks financed his most recent deals at unbelievable terms– they loaned him hundreds of millions of dollars to fund his real estate projects at just 3%, on an interest-only basis.

Considering that the official rate of inflation in the United States is nearing 3%, the banks practically loaned him the money for free.

Think about it– he pays 3% interest, but the money loses nearly 3% of its value each year due to inflation… so essentially the money is zero cost.

What an unbelievably stupid loan for the banks to make: as I remarked to the audience, the banks are once again putting their customers’ funds at risk and receiving zero return in exchange.

This is another sign of a major bubble, similar to what happened ten years ago in the last crash.

Property prices rose far too much, far too quickly… and banks were making completely irresponsible loans with their customers’ money.

We’re now seeing signs that the same things are happening once again.

No one here expects that any crash or major correction in US property prices is imminent.

But in general, the consensus here is that you’re better off being a seller in the US right now rather than being a buyer.