Capitalism has new rules. And they’re seriously messed up. 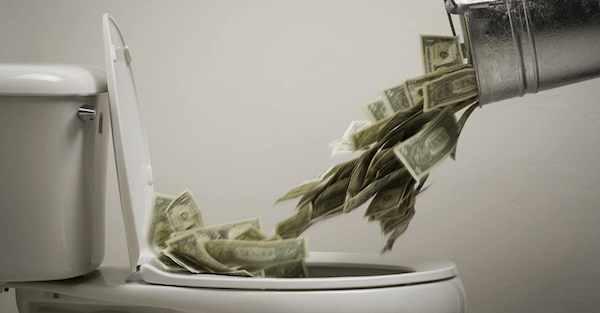 It was just a month and a half ago that Tesla approved an eye-popping long-term pay package, worth as much as $50 BILLION to founder and CEO Elon Musk.

And on Wednesday afternoon, Tesla held its first corporate earnings call since then.

You’d think that Elon would have been gracious and professional, anxious to demonstrate that the shareholders’ trust in him has been well-placed.

Instead the call was filled with contempt and disrespect, with Elon outright refusing to answer questions that he deemed ‘boring’.

Bear in mind, Tesla’s financial results were gruesome; the company burned through yet another $1.1 billion in cash last quarter. That’s 70% worse than in the same period last year.

Even more problematic, Tesla is losing money at such an unexpectedly fast rate that they’ll likely run out within the next several months.

According to the Wall Street Journal’s analysis, Tesla doesn’t have enough cash to cover its basic debt payments and capital leases due within the next six months.

Needless to say, investors are worried.

The shareholders and analysts on the call kept pressing Elon to explain how the company was going to survive, and how he would turn around Tesla’s notorious production challenges.

But Elon completely dismissed any such questions as “boring”, “bonehead”, and “not cool”.

I mean, this guy was given a potentially $50 billion compensation package just six weeks ago.

So the LEAST he could do was answer his investors’ completely reasonable questions.

But he didn’t. It’s almost as if he deliberately wanted to show as much disrespect as possible to the trust and confidence that shareholders have placed in him.

This is a pretty despicable attitude for any executive to have.

Yet this whole situation is emblematic of what I call ‘the new rules of capitalism.’

And New Rule #1 is: Businesses no longer need to make money.

Tesla is just one of a multitude of high-flying, hot-shot companies whose entire business models are based on burning through cash, managed by executives who don’t care.

WeWork, as we’ve often discussed, is an even more absurd example.

WeWork provides short-term office space to companies around the world, with a whole bunch of interesting perks (including free tequila).

For customers, it’s great. But WeWork loses tons of money providing all those great perks to its customers… which means that investors are ultimately footing the bill.

In other words, the suckers who invested in WeWork are essentially buying tequila shots for the office tenants.

Similarly, Uber continues to lose money; according to the company’s leaked financial statements, Uber lost a whopping $4.5 billion in 2017.

To put it another way, every time you take an Uber somewhere, the company is losing money… which means that the suckers who invested in Uber are subsidizing your ride.

Netflix is another perennial loser, having burned through more than $2 billion of its shareholders’ money last year in order to produce original content.

Remember that the next time you binge watch Stranger Things— Netflix investors are heavily subsidizing your evening’s entertainment.

I read an article in the Wall Street Journal last weekend about young people in San Francisco who receive oodles of free goodies from VC-funded startups.

One guy was able to buy a small car because a car-sharing startup offered him thousands of dollars in CASH just to sign up and use the service.

Others talked about eating dozens of gourmet meals for free, courtesy of the various meal delivery startups in San Francisco who offer free meals to new customers.

Ultimately this means that the suckers who invested in those startups are buying meals, clothes, cars, and just about everything else, for freeloading consumers.

There are so many more examples– Dropbox, Snapchat, etc.– of companies whose sucker investors are footing the bill for consumers.

Each of these companies loses money. And it’s becoming an epidemic.

In fact, more than 20% of the companies which comprise the Russell 2000 index, and nearly 10% of companies in the S&P 500 index, burn through so much cash that they have to BORROW money just to pay INTEREST on their debts.

But under the new rules of capitalism, these losses don’t matter… because there are countless investors, funds, and bankers delighted to have the opportunity to put more capital into the business.

This isn’t normal– it goes against the most basic laws of finance: businesses are supposed to make money for their investors, not the other way around.

Yet investors keep throwing capital into these bottomless pits… while (and this is REALLY bizarre) simultaneously showering the founders with blind admiration.

It’s incredible how much praise and esteem is hurled upon company founders who burn through their investors’ capital like a deranged financial sociopath.

Instead of being fired for incompetence, however, they’re hailed as ‘visionaries’.

These people are completely out of touch– both the founders who treat their shareholders with such contempt, as well as the sucker investors who continue enabling this abuse.

You don’t have to be Nostradamus to recognize that some day this stupidity will end suddenly and painfully.