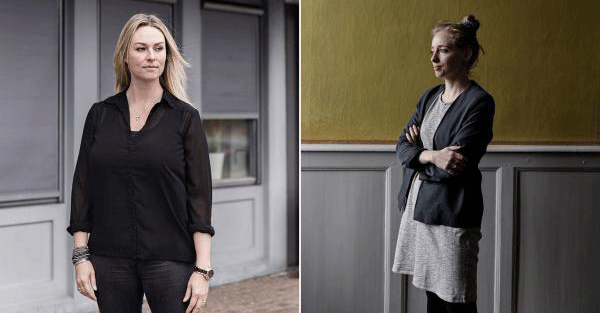 [Editor’s note: This letter was written by Tim Price, Director of Investment at PFP Wealth Management in the UK.]

As reported by Zero Hedge, the New York Times, and others, the 36-year-old businesswoman was approved for a small business loan at a rate of minus 0.0172 percent. The bank is actually paying her interest on the loan – albeit just over $1 a month.

Representing the flip side of this nonsense is the 27-year-old Danish student Ida Mottelson (pictured right). Her bank is now charging her 50 basis points (0.5%) to hold her money on deposit.

What’s wrong with this picture?

The Austrian economic school has a term for those things that are undertaken foolishly in the economy, perhaps because the pricing mechanism has become hopelessly distorted. It terms them ‘malinvestments’.

One dreads to consider the magnitude of malinvestments when people are paid to borrow money, charged to save money, and buying assets at all-time highs.

As an example, Mario Draghi at the European Central Bank is just about to begin a Quantitative Easing program with the aim of purchasing €1.1 trillion worth of bonds.

Banks and other institutions have already driven down the yields of many sovereign bonds into negative territory, which means that bond prices are already at their all-time highs.

It never makes financial sense to buy an asset at its all-time high—unless you anticipate some ‘greater fool’ will come along and take them off your hands irrespective of their long-term value. Enter Mario Draghi.

Awkwardly, the ECB’s bond buying program may prove to be the most ill-timed securities purchase in history given that bonds are at their highs and interest rates are now at 5,000-year lows according to data released by the Bank of England.

Lest this seem a counsel of despair, for any investor unconstrained by benchmark or regulatory fiat, there is an answer. It lies in the sad passing, just reported, of the late Irving Kahn, at the age of 109.

Kahn was a teaching assistant to Benjamin Graham, the dean of value investing and a man whose influence on and development of the principles of successful investing was second to none.

Now, more than ever, is a time to insist that our investments carry a “margin of safety” – the cushion represented by buying assets (today, most likely to be equity assets, and almost certainly not most sovereign bonds) at a meaningful discount to their inherent value.

At a time when few financial prices can really be trusted, courtesy of a tidal wave of QE that is lifting most boats, stocks possessing a “margin of safety” ensure that we run the least risk of consciously overpaying for our investments.

Irving Kahn long ago “stopped wasting time on what people claimed a stock was worth and started looking at the numbers”.

Value investing – attempting to buy dollar bills for forty or fifty cents – always makes sense, but it makes a whole lot more sense when risk-taking and asset market reflation are off the charts.

The alternative, which has become bizarrely popular among those retail investors flocking into index-tracking ETFs, is simply to gain broad market exposure. That is surely a grisly accident waiting to happen.

Fund manager John Hussman points out that “the present moment likely represents the best opportunity to reduce exposure to stock market risk that investors are likely to encounter in the coming 8 years.”

So the choices seem pretty clear:

2) Buy government bonds at their most expensive levels in history – even as there are early signs that the interest rate cycle may finally be about to turn.

3) Or take shelter in the sort of value stocks that made Irving Kahn, Ben Graham and Warren Buffett mightily successful long-term investors.

Doesn’t seem like a particularly difficult choice to us.