Everything changes at zero 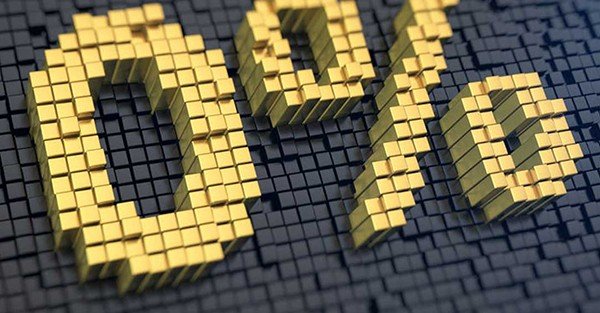 For the benefit of non-subscribers, there are two versions of the Financial Times newspaper. One of them is the hard copy edition, still printed on pink paper, an exact digital replica of which is available on the paper’s website to subscribers. The second is the website itself, at www.ft.com. The difference between the two is subtle, but crucial. In the formal, hard copy edition, ‘reader response’ is strictly edited and controlled. Occasionally a despatch critical of one of the paper’s columnists (normally and deservedly Martin Wolf) will make its way through enemy lines, but as the ‘edition of record’, hostility to and criticism of the newspaper’s editorial staff is, as you might expect, strictly rationed.

Last week the FT published an article, ‘Central banks: negative thinking’, co-authored by Robin Wigglesworth, Leo Lewis and Dan McCrum, that was atypically sceptical of the received wisdom on QE (i.e., that it works). The article began, as is probably compulsory these days, in Japan:

“Forums have seen a flood of commentary from Japan’s retirees decrying negative rates and the “torture” that the BoJ’s policy is already inflicting..

But as the authors rightly point out, Japan is not the only country affected by negative interest rates, a policy that John Stepek, the editor of MoneyWeek, has nicely called

“the weaponisation of compound interest”.

“With quantitative easing seemingly losing its power to dazzle markets, and many governments either unable or unwilling to countenance raising spending, central banks have felt compelled to try new tools.”

What is alarming is that central banks are brandishing these new tools without any viable evidence or theory that they will even work. This itself presupposes that central banks have any idea of what “work” might even mean in this brave new context. It is as if the central bankers of the world have all been given hammers, and they have been sent out into the world to hit all the nails therein. But we don’t distribute hammers as a matter of course to babies, for obvious reasons.

The financial world is growing increasingly crazy-looking. 10 year bonds issued by the government of Japan – the developed world government that comes closest, by any objective measure, to being deemed ‘insolvent’ – now offer a yield below zero. Come again? According to JP Morgan, there is now more than $5 trillion of sovereign debt offering a yield below zero. ‘Risk-free rate’?

As the authors fairly point out,

“..some investors and analysts say the most insidious aspect of negative interest rates is what it signals: that central banks are at their wits’ end over how to invigorate growth and dispel the spectre of deflation. The concern is that the US is poised to join in.”

That seems ever more plausible, if grotesque. The analyst and financial historian Russell Napier, in a recent interview, concurred:

“So [with negative rates] there are business models that don’t make any sense. Elsewhere, the more the rate on deposits comes to negative, the more risk there is that people start asking for bank notes…that’s a bank run if we ever get to that stage, but even with negative rates where they are it’s destroying the returns for banks.

“When you’ve built over hundreds of years a system that runs on positive nominal rates and you suddenly deliver negative nominal rates, then you are creating lots of problems for lots of existing business models and it’s going to cause havoc and I think it is causing havoc…

“Can [negative rates] come to the United States? ..the answer is probably yes. Once again, it really depends on how quickly the politicians get in gear. Central banks I think are crying out for help from the politicians in terms of getting some form of reflation going…so I would forecast that America probably will get to negative nominal rates.

“The most important thing that your listeners need to remember is that just because central banking has played out doesn’t mean to say that the [political] authorities have played out. So they’ll be back with some sort of political machinations to try and produce this higher level of nominal GDP growth…and eventually they’ll succeed but, crucially, it needs a crisis to galvanize the political process…”

FT readers growing increasingly concerned at the absurdity of current monetary policy occasionally get a polite hearing in the Letters page, like a demented elderly relative who is reluctantly granted an audience out of pity. But on the less heavily intermediated website, they give it all with both barrels.

Here, for example, are some of the reader responses to ‘Central banks: negative thinking’:

“If all depreciate their currency with this latest coordinated gimmick, none does, as matters remain as they were before. So that excuse for this nonsense (negative rates) is invalid”;

“It’s rather odd how, when QE is intended (or so they say) to stimulate demand, they give the money to a relative handful of people with plenty of it already”;

“There is no way on God’s earth that a free market would ever result in negative interest rates. If anyone had asked you ten years ago if you’d stand for this – you’d have said ‘no’. The fact that this seems almost normal to many people is an indication of just how insidious these moronic policies are. We are like frogs in a pot being boiled alive one degree at a time. Time to get out of the pot before we’re all too drowsy to notice”;

“Central banks will also need to explain just how they think that taking money from savers with low rates – lower than inflation – is going to give governments more taxes or businesses more customers. All it does is reduce private consumption and lower prices i.e. what they claim to be trying to stop”;

“Economists rather than face reality, come up with new solutions such as negative interest rates rather than face the fact that their theories were plain wrong. At the heart of the problem is that a small group of academics or anyone for that matter can forecast the economic future better than a marketplace. In fact they are worse, market participants know they can be wrong so act more cautiously ( unless of course they know they will be bailed out ) hedging, spreading risk, using futures if you produce commodities etc.

“Central Banks, by falsifying interest rates, herd markets in a direction determined by the Central Bank. From day one these ideas were implemented, they were doomed for failure. Central Bankers do not believe in the business cycle which if left to run their course, and too much leverage employed, are normal and healthy. But for an economist that means their profession loses influence; they won’t let that happen”;

“NIRP is madness. The only possible positive objective may be to weaken the currency, which in itself is a self-defeating move, leading to currency wars. Switzerland adopted NIRP for this purpose. BOJ followed suit, for lack of any other alternative, and is failing miserably. The only winners of NIRP are governments and borrowers. Credit demand remains strong only with risky borrowers, including governments. Well financed borrowers borrow to buy back shares or engage in M&A not to expand the economy, but to retrench. All others are losers of NIRP, including financial institutions, all investors and household. NIRP is not a zero-sum game, but a minus-sum game. One does not have to be very bright to understand this equation, including myself.”

“The FT appears to be finally seeing some chinks in the armour of the QE policies it advocates with such enthusiasm”;

“What is it that central bankers and economists do not see?

“For any human being making economic decisions, everything changes at 0%. The decision making for savers, consumers, SMEs, etc. grinds to a standstill. If you are prudent and don’t want to speculate on buying various financial assets, 0% kills any reason you may have had to take any positive action. If all you can expect to get from your efforts is to still have the same as when you started, why bother? We as humans need a positive “Narrative” to get out of bed in the morning, work, take risk, etc. Risk free interest at 0% translates into a clear statement that there is no future to discount cash flows over or to believe in. If an individual cannot imagine a positive result from his/her actions, he/she prefers to do nothing. Prolonged periods of 0% rates and no positive (inflation) price movement will lead to reduced economic activity. Not exactly the stated purpose of the QE experiment. QE will go to the history books as one of the greatest mistakes in history.”

This is only a snapshot. At the time of writing, there were 175 comments from readers. There will doubtless be more, unless the FT decides to close down the conversation.

Faced with a terrible threat, we can do nothing, or we can do something. One logical response is to agitate for greater public awareness of the threat. Writing as a fiduciary investor, another is to try and identify defensive investment choices that will go some way to putting capital to productive work without incurring entirely unacceptable levels of risk.

In an environment of heightened financial repression and the growing likelihood of the imposition of negative nominal interest rates, we think those investment choices should include objectively creditworthy debt; high quality and unconstrained equities offering an explicit margin of safety; uncorrelated systematic trend-following funds, and hard assets, notably gold.

It used to be said, ‘Don’t fight the Fed’. Now as investors, if we want to protect our capital, we are all obligated to fight the Fed, and its international cousins, with whatever we have.