Here’s what the ‘Warren Buffet of Crypto’ told us yesterday 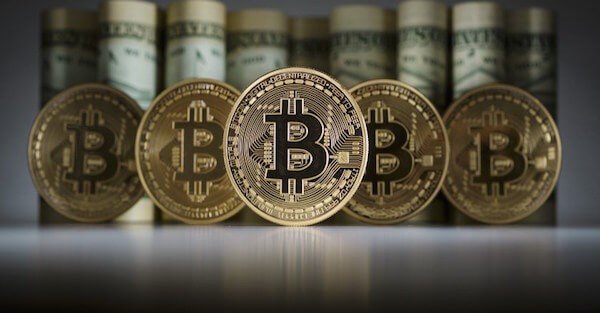 If you’ve been on the Internet in the past six months, you’ve no doubt seen loads of ads touting “crypto geniuses” that have found the next token that’s going to explode…

One guy in particular seems to be following me around to every website I visit, claiming to have some special insight into the “truth” about crypto.

But the truth is, nobody has a crystal ball.

Ultimately, what’s going to drive crypto prices is what drives all asset prices in the long-run – supply and demand.

Most cryptocurrencies have a fixed supply. For example, there will only be 21 million bitcoins mined. Ever. (Today there are about 17 million in circulation).

And because there’s a fixed supply, prices should be determined by long-term demand.

Every crypto expert you talk to will have his/her own opinion on which coin is going to the moon… and why. But it’s important to form your own opinion.

With crypto, the fundamental question you should ask yourself is will there be more demand or less demand in the future?

And if you believe there will be MORE demand in the future, the next question is– which coins have superior technology?

This is an important question. Every coin has different software code with different features and limitations.

For example, Bitcoin has a big limitation in that its network can only process a few transactions per second.

Compare that to Visa or Mastercard, which can process 24,000 transactions per second – nearly 10,000 times more.

One of our team members attended a crypto conference in New York City yesterday… and of course the room was filled with self-proclaimed geniuses.

But there were a few legitimate standouts who had a much more rational view.

One of them was Barry Silbert.

He’s spent the last several years learning about and investing in the sector, includindg in various cryptocurrencies, as well as crypto companies like Coindesk.

He also founded the Bitcoin Investment Trust (GBTC), which is essentially a Bitcoin ETF.

Silbert’s firm owns $600 million worth of crypto, 95% of which is in bitcoin, Ethereum Classic and Z-Cash.

He thinks over time, that bitcoin will become a form of ‘Digital Gold,’ the industry standard for storing value in crypto.

More bluntly, Silbert explained that most other coins will go to zero over time. The reason is because they don’t have any functional purpose.

Now, remember that Silbert’s opinion is exactly that: his opinion.

There are plenty of other investors in the crypto space who would say something completely different. And their logic would be equally sound.

But Silbert’s point about utility is important: why should anyone own a token that doesn’t have any purpose. Look at CryptoKitties, for instance. Where’s the value?

(Or even worse, F*ckToken, which has a $2 million market cap)

This value question goes back to what I said in the beginning about demand analysis. Will there be more demand in the future for F*ckToken and CryptoKitties, or less demand?

In the long-run, demand has to be driven by some sort of utility. The coin must present some special benefit that other coins and tokens don’t have… and that people will actually NEED.

Coins and tokens that lack this important characteristic will likely fail.

And when they do, it will seem so obvious in retrospect.

This is an easily avoidable mistake… and an important point we’ve been repeating for a long time: with crypto, as with anything else, stay rational.

A decision to BUY should be based on an informed, educated analysis about future demand… not an emotional frenzy because the price is surging.

Similarly, a decision to SELL should be rational and based on the presence of new information or a different analysis, not simply because the market is in a panic.