How a trip to Shenzhen, China tripled our money 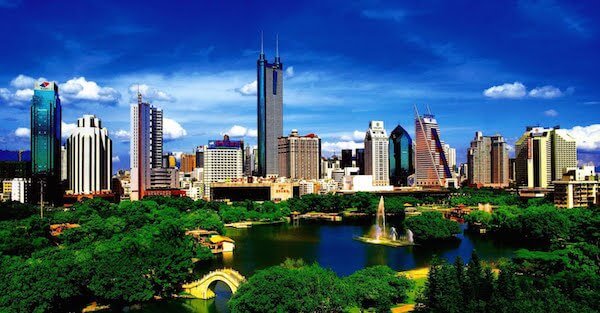 Last year, I attended the Benjamin Graham Conference in New York City – this annual event brings together the best value investors in the world.

A speech by billionaire hedge fund manager Leon Cooperman stood out to me. He discussed why the hedge fund industry was on the ropes.

“[O]ur industry is in turmoil. It’s very ironic because you’ve got Clinton and Sanders crapping all over us and they don’t realize Wall Street is in the midst of a very serious downturn. . .”

He’s right. Investors are bailing on hedge funds in record numbers because these hot shot investment managers aren’t able to generate meaningful investment returns… But they still charge a hefty 2% of assets under management and 20% of gains (sometimes more) for their lackluster performance.

Part of the reason is people are waking up to the fact that most hedge funds aren’t worth those high fees… as the saying goes, hedge funds are more of a compensation scheme than an asset class.

Also, running a hedge fund is harder now than it’s been in decades… We’re experiencing record low volatility (if every asset is going up in lockstep everyday, it’s hard for a hedge fund to add much alpha). And we’re coming to the end of 40 years of declining yields… Many popular hedge fund strategies are hard when yield spreads are compressing (and even harder when rates start ticking up).

In short, all the tricks that used to work for them in the past are now falling flat.

And as Cooperman explained, there’s a giant consolidation right now where only two types of people will be able to make money in financial markets.

These are the gigantic financial institutions and billionaire math geniuses who build sophisticated algorithms that buy and sell stocks at blinding speed, sometimes entering and exiting positions in just a fraction of a second.

They’re not interested in the fundamentals of a business, merely the volume and momentum of the stock.

The second group is long-term value investors– people that are trying to buy a dollar for 50 cents.

Value investors care very deeply about what they’re buying. Unlike the high-frequency traders, who are trading assets at lightning speed, trying to arbitrage out a fraction of a cent, value investors understand they’re buying part ownership in a business. And they want to buy high-quality businesses with top-notch management at good prices.

These two methods– trading vs. value investing– are remarkably different.

To be a trader today means competing against titans like Goldman Sachs, with their legions of PhD quantitative analysts, plus some of the most advanced networks and intellectual property in the world.

Or even worse, competing against high-frequency traders who have bribed the exchanges so that their own servers can be co-located in the same building as the exchanges’ servers.

This enables the traders to receive information from, say, the New York Stock Exchange, a fraction of a millisecond before anyone else.

But in that fraction of a millisecond, the HFT firm’s algorithms can process the information and place trades ahead of the crowd.

That’s the environment that traders are competing in. And, to be frank, you don’t stand a chance in that world.

To be successful in this environment, you need an edge. You win by being smarter, accessing information faster, or developing superior technology.

And, as an individual investor, you can find small, out-of-favor companies that larger investors wouldn’t touch… they need to move huge amounts of money around, so the assets they can buy are limited.

So, you can still find huge inefficiencies in certain parts of the market the big boys ignore.

Around New Year’s 2015, Nam Tai had $261 million in CASH, plus a ton of real estate in Asia conservatively worth $221 million, even at recession prices.

Yet the company’s market value at the time was $204 million.

So in theory you could buy the entire company for $204 million, put that entire amount right back in your pocket, and still have $57 million in free money left over, PLUS $221 million in real estate.

It was an unbelievable deal.

But Tim was skeptical (as usual), so he hopped on a plane and spent a LOT of time on the ground investigating the company’s assets first hand to determine for himself that it was real.

The company had two old factories in the Shenzhen, China that it had owned since the early 1980’s. The area used to be an industrial wasteland.

But, as China grew, the real estate was now on the edge of the city. And Nam Tai planned to redevelop the old factories into a high-end residential and commercial development.

Tim saw it with his own eyes… And he knew there was tremendous growth potential (in addition to the value by buying shares below their net cash).

Because Tim recognized a great opportunity ($57 million in free money… duh), 4th Pillar readers are now up nearly 175% on Nam Tai properties… And they achieved those gains buying an incredibly safe and cheap stock.

Yes, investigating a company’s assets and analyzing its balance sheet is a skill, and one that can be learned. Great value investors like Tim have become masters of it.

But it’s not about being smarter or better or more advanced than everyone else. It really is about patience, common sense, and hard work.

Between the two, it’s clear to me that DEEP value investing is the superior approach.