How to earn a safe 10% return with minimal risk 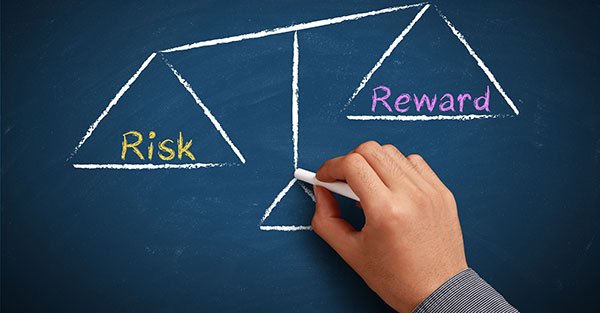 This is total madness.

The European Central Bank (ECB) is currently in the midst of a ridiculous crusade to buy an unbelievable 2.3 TRILLION euros worth of European government debt.

In the ECB’s estimation, by conjuring trillions of euros out of thin air and using that money to buy the debt of bankrupt governments, they’ll engineer economic prosperity across the continent.

The really sickening part about this scheme is that the ECB is single-handedly bidding up bond prices to record levels.

Just yesterday, the ECB bought 2-year German government bonds at a price so high that the bonds will yield a record NEGATIVE 0.96%.

In other words, for every billion euros that the ECB invested, they are guaranteed to lose around 10 million.

This is the perfect example of the financial insanity that we’re living through.

Another example: last week I wrote that stocks in the US are at all-time highs, with valuations more than 70% higher than historic averages.

Major companies have been borrowing billions of dollars to engineer phony dividends and artificially inflate their stock prices.

This is clearly a risky, unsustainable practice.

Even in the United States interest rates are negative when adjusted for inflation.

If you buy a 2-year US government bond, you’ll receive 1.29% as of this morning.

Yet according to the US Department of Labor, the rate of inflation in the US is now 2.5%.

So buying a “safe” US government bond guarantees that you’ll lose about 1.2% after adjusting for inflation.

This is a direct contravention of the first rule of investing: don’t lose money.

We’ve talked about some alternatives to this insanity, like deep value investing– the concept of buying a dollar for 50 cents.

Today I want to talk about another option: secured debt.

As a consumer I despise debt.

I grew up in a lower middle class household and witnessed first hand how debilitating debt can be, so I’m naturally averse to it.

At this point in my life I don’t have a mortgage, car loan, student loan, or any credit card debt, and I intend to keep it that way.

But as an investor, debt can be a fantastic asset.

Government bonds are a famous type of debt.

Bonds are basically loan certificates; if you buy a $10,000 savings bond, you’re loaning that money to the government.

In return, they agree to pay you interest and to repay the principal loan amount after a fixed number of years.

Government bonds are actually the most popular investment in the world… which is crazy to me. I think they’re garbage.

Most bonds have absolutely no security, i.e. there’s zero collateral.

When you buy a bond, there’s nothing to back up the loan other than some politician’s promise to pay.

It’s not like they throw in a few acres of national parkland as collateral.

Debt as an investment is only as good as the creditworthiness of the borrower, and the quality/quantity of the collateral.

I’ll give you an example.

Two years ago I started my own bank, and I’ve gradually been making debt-related investments through that structure using the bank’s own internal capital.

Last week I funded a deal whereby I advanced a group of investors a $500,000 loan.

But in exchange, they had to put up $850,000 worth of collateral in the form of real estate that they owned outright.

Those properties were completely debt-free and unencumbered, and my attorneys recorded a public deed at the county clerk’s office, stipulating that if they didn’t pay, my bank could take the real estate.

This is an example of a very conservative, secured loan.

I’ve known the borrowers for almost 10 years. They’re solvent and creditworthy, and I have no doubt they’ll pay.

But even if they don’t, I now have high quality collateral that’s worth 70% more than the amount that I loaned them.

In other words, if they guys don’t pay, AND the property market collapses, my bank still won’t lose money.

And instead of earning NEGATIVE interest like German government bonds, or 1.29% in the United States, both of which have no collateral, this secured loan pays nearly 10% interest.

If I have to choose between investing in the stock market at an all-time high, versus a safe, secure 10% return, I’ll take the 10% any day.

Conversely, I tend to avoid the popular Peer-to-Peer lending platforms.

P2P sites are great for borrowers, but not for investors; just like government bonds, P2P loans typically offer ZERO collateral.

Remember, collateral is the MOST important element when lending:

(If you’re looking for borrowers, you might get started contacting mortgage brokers or hard money lenders.)

But we’re living in a financial environment where these opportunities are only increasing.

Big banks are generally prohibited from getting involved in investments that don’t conform to their narrow regulatory requirements.

Not to mention, the most lucrative deals are usually smaller in size.

That’s way too small for big funds that manage hundreds of billions of dollars.

This means that smaller, private investors have a major advantage in this ever-expanding ocean of safe, lucrative investments.