How to legally steal $35,000 from Vladimir Putin 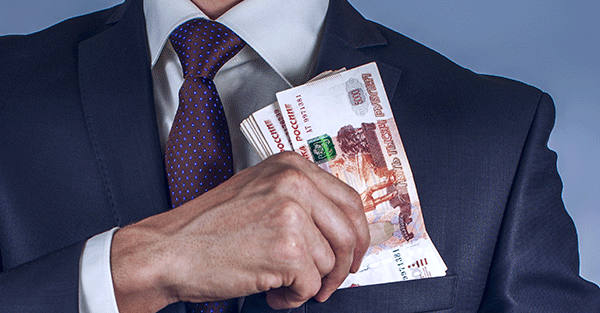 We were having dinner a few weeks ago in Singapore, and Jim had just returned that morning from Russia full of optimism for the improving economy.

I had been meaning to come back here anyhow to scout out private equity deals.

But after hearing Jim’s take on Russia having just met with a lot of the country’s business elite, it really lit a fire.

As I’ve written so many times in this letter, I’m really a pathetic tourist. I’ve been to Paris countless times and have never bothered to visit the Eiffel Tower.

When I travel, it’s to either build and maintain relationships, or to put boots on the ground and seek out risks and opportunities first hand.

On my return to Russia, the country has not disappointed.

You’ve probably heard about how the Russian economy has been depressed over the last few years.

Much of this was due to international sanctions imposed after Russia annexed Crimea in 2014 against the wishes of Ukraine, Europe, and pretty much the whole world.

Then the price of oil collapsed– from $115 in June 2014 to less than $30 just over a year later. Natural gas and other major commodities also fell.

Bear in mind that oil and gas exports are a major component of the Russian economy, so the effects were devastating to both GDP and financial markets.

On top of everything else, the Russian ruble went into freefall, losing 35% of its value in a matter of months.

This made imports a LOT more expensive, dramatically pushing up the rate of inflation.

But it didn’t. In fact the situation has stabilized and a lot of data shows the economy is turning around. The worst seems to be over.

And yet opportunities still abound.

For example, the Russian stock market is still incredibly cheap.

The average Russian company is selling for just 7.5 times earnings and 20% less than its book value. Plus it pays more than a 4% dividend.

This is like buying a dollar for 80 cents and receiving 3.3 cents on top of that each year.

(US stocks sell for 25 times earnings and 200% MORE than book value, meaning they are historically overvalued and very expensive compared to Russia.)

In addition to stocks, the Russian currency is still far below its historic average.

Aside from making the country dirt cheap for anyone with foreign currency, I discovered something very interesting today:

Some of Russia’s coins are now worth less than their metal values.

I’ll explain– all coins are made of some metal, usually some combination of nickel, copper, etc. And that metal has a certain cost.

The Russian ruble has become so cheap, however, that some of its coins are basically worthless.

The 1 kopek coin, for example, is the smallest denomination Russian coin that’s worth 1/100th of a ruble.

And yet each kopek coin is comprised of 1.5 grams worth of copper, nickel, and steel; and the melt value of these metals is worth a hell of a lot more than 0.015 cents.

In fact Russian coin dealers have estimated that the metal value of this coin is worth more than THIRTY FIVE TIMES its face value.

That’s quite a return on investment.

So theoretically $1,000 worth of these coins could be worth more than $35,000 in profit because of the metal value.

Now, I’m not suggesting you book a flight to Russia to scoop up and melt down all the coins you can find.

But it’s worth pointing out that these sorts of anomalies don’t come around too often. And when they do, it’s important to pay attention.

Jim Rogers is one of many legendary investors who has been buying in Russia. Templeton’s Mark Mobius has called Russia the “bargain of the century.”

He may be right. Russia is incredibly cheap.

That’s not to say it can’t get cheaper. Or that it can’t stay cheap for a while.

There has to be a catalyst in order for all the pent-up value to be realized.

But that seems to be happening now. Slowly. Russia is mending fences with Europe. Oil prices have climbed 40% from their lows. Capital is returning. It’s getting better.

18th century British banking mogul Baron Rothschild is often quoted as saying “Buy when there’s blood in the streets [even when that blood is your own].”

That may be too hardcore for most investors.

I prefer to buy when assets are still ultra-cheap, but there are obvious signs that things have turned around.

That time seems to be now.