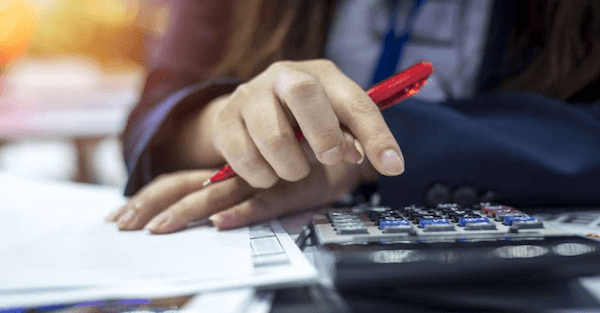 True story– over the past 15 years I’ve spent a LOT of time studying my family history, and I’ve managed to trace my roots all the way back eight centuries to 1250 in medieval England.

Along the way (and I recorded a podcast about this a few years ago), it turns out that I have a common ancestor with none other than Barrack Obama–  on the non-Kenyan side of his family, in case you were wondering.

That’s why I sometimes refer to Obama as Cousin Barry.

Cousin Barry’s idea was that if don’t like what politicians are doing, you shouldn’t complain about it… you should vote them out of office.

Well, that’s certainly a nice idea… and it plays really well in some sappy after-school special that teaches unsuspecting children about the faux-virtues of representative democracy.

Last month it was reported that a couple of kids effortlessly hacked several voting machines, proving how easily the entire system can be rigged.

More importantly, if you’re an island of sanity in a sea of absurdity, you will be outvoted by millions of your fellow citizens who are naively fooled by false promises.

So, with due respect to Cousin Barry, I would propose some other options.

“Don’t vote. Move.” is certainly one option, i.e. voting with your feet. I did this long ago, living abroad for more than a decade.

And while it’s intensely rewarding, it’s not for everyone. Some people simply can’t move.

So another one I’d really encourage everyone to consider is TAX– I’m talking about taking every legal means at your disposal to reasonably reduce what you owe.

(I don’t have a catchy phrase for this, because “Don’t vote. Reduce your tax bill. . .” just doesn’t sound right.)

To me, if you disagree with your government and are appalled at how much of your money they waste, the BEST thing you can do is stop giving them the resources to do so.

Every time they inadvertently drop a bomb on a children’s hospital and call it collateral damage… or they spend billions of dollars on a website that doesn’t work… they do so with YOUR money. Not theirs.

Voting never changes this. If you really want them to stop wasting your money, stop giving them so much money.

I stress here that you should always follow the law.

Not to be a Goody Two Shoes, but have you ever seen the inside of a medium security prison? Neither have I. I just know that DayGlo Orange isn’t my color.

Truthfully there are way too many completely LEGAL avenues to cut your taxes.

That’s one of the reasons I’m in Puerto Rico. Here, I legally pay just 4% on my worldwide income.

It’s amazing. I’m legitimately saving millions of dollars in taxes that would have gone to all sorts of things that I disagree with.

People often think this is a selfish act. What a bunch of bullshit.

For years I’ve been taking legal steps to cut my taxes… and then using that savings to do all sorts of good.

I spent nearly $100,000 to pay for an experimental procedure for a wounded combat veteran who lost a limb in Afghanistan after he had been abandoned by the Department of Veterans Affairs.

I’ve helped take care of a village in Nepal after their earthquake, paid for university for an orphan, and paid for business and financial education for hundreds of students around the world.

It’s been a lot easier doing these things because of the legal tax strategies that I use.

Now, if you reside in the Land of the Free, there’s a new one you ought to know about– especially if you are an investor.

US capital gains tax rates are currently as high as 20%; plus there’s Cousin Barry’s 3.8% Obamacare surcharge, making the total 23.8%.

So if you sell your investments right now, you can kiss almost a quarter of your gains goodbye.

That would make a reasonable person hesitate.

But it turns out there’s a way you can LEGALLY slash that bill… and generate tax free gains FOREVER.

This is something that was buried deep in the US tax code changes last year; they’re called Opportunity Zones.

The basic idea is that you can sell assets– real estate, cryptocurrency, stocks, etc. where you have huge gains.

Then you invest that money in a special fund that invests in ‘opportunity zones’.

These zones are designated areas in the United States that are underdeveloped and need investment.

And if you invest in these zones, you get an incredible tax advantage.

For starters, you defer capital gains tax on your previous investments for SEVEN years.

And then pay ZERO on all the money you make in the meantime.

So let’s say you sell your Apple stock and are sitting on $250,000 in gains. Congratulations.

But rather than pay tax on those gains, you can invest the money in an opportunity zone, defer the tax for several years, and pay 0% on all the gains you generate from the opportunity zone investment.

It’s an amazing deal… and, to be honest, there’s a lot of opportunity in these opportunity zones. It’s not just a catchy name.

I’ll definitely be talking about this more in future letters; but if you want to read about Opportunity Zones, here’s a good place to start.