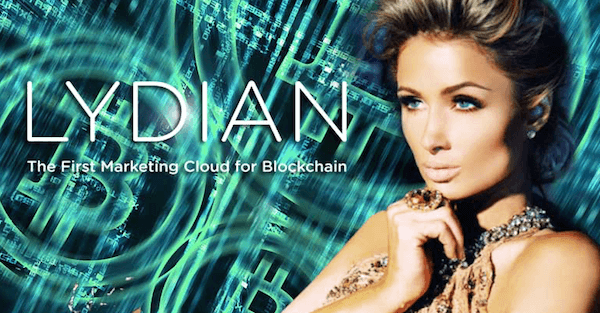 Angelina Umansky, a 39-year-old spa owner from San Francisco, was visiting a friend in Miami two weeks ago when she heard about a new condo development downtown.

Hoping to find a vacation home, but worried that others were interested, too, Ms. Umansky arrived at the sales office at 8 a.m. the day after seeing some model units.

About 50 other buyers were already in line. Two hours later, a sales agent summoned her and said she had four minutes to decide which unit to buy. She acted fast, offering $350,000 for a two-bedroom, two-bathroom unit.

Ms. Umansky thinks she got a bargain; when she called on behalf of a friend less than eight hours later, she was told the asking price on a unit like hers had climbed to $380,000, a nearly 9 percent price increase.”

Above is the opening story from a New York Times article published February 3, 2005, pretty much the very TOP of the biggest real estate bubble in history.

But very few people realized at the time that the market was such a bubble, even though it was exhibiting all the classic signs:

People were literally lining up to buy overpriced assets. Nobody thought you could lose money in real estate back then.

Prospective customers would spend five minutes looking at a subdivision map before buying. The company would announce price increases – up to 16 a day – over a loudspeaker, putting the crowd into a frenzy.

There are stories of dozens of condo buyers camping overnight in New York City for a chance to buy an incomprehensibly expensive unit.

Fights would break out between agents at showings. Some customers would bribe builders for a chance to buy a unit.

Someone would put a hefty down payment on a condo before the building even started construction.

They had no intention of ever living there. They just wanted to flip to another buyer at a higher price, often just a few weeks later, when the building was slightly further along in construction.

This is the type of behavior that happens in a mania– people stop buying assets because of the investment’s strong fundamentals. They have no intention to hold. They just want to flip quickly and make easy money.

The flippers have returned today.

Instead of pre-construction condos, however, today’s flippers are participating in the most frenzied sector in the market: initial coin offerings (ICOs).

If you’re not familiar, an ICO is a way for a business to raise capital from investors.

Unlike traditional ways of raising capital, though, like venture capital funds or angel investors, businesses raise capital through an ICO by selling a digital ‘token’.

These tokens sometimes represent ownership in the business. But more often than not, the tokens confer nothing more than a prepayment for the company’s product or service.

Imagine that you’re surfing your favorite crowdfunding site and come across a business selling some new Lego toy.

You pay $20 to pre-order the Lego toy, becoming one of the company’s many crowdfunders.

With an ICO, the company would issue you a token, representing that you are entitled to one of its Lego toys at some point in the future, presuming they ever get around to making them.

But here’s where things get strange-

These tokens trade actively in the market; speculators buy and sell these tokens, and prices have been rising at an unimaginable pace.

So it would be like taking your Lego toy token, and then re-selling it at 10x the price you paid only a few days later.

Is the Lego toy really 10x more valuable? Probably not. But this is common among ICOs.

Because of these huge returns, ICOs are attracting more and more speculators looking to make a quick buck.

Most have no idea what they’re buying, or why. They don’t care about the fundamentals of the business. Or the risk. They’re flippers.

Now hedge funds are starting to flip ICOs too.

Consider the recent ICO by messaging app Kik Interactive. The company raised around $100 million from over 10,000 contributors.

A group of early investors – including Blockchain Capital, Pantera Capital and Polychain Capital – invested $50 million in a Kik presale before the ICO.

And they received a 30% discount on the token price.

These early investors can sell 50% of their stake ($25 million) at any time – locking in a more than $10 million profit.

In addition to flipping, ICOs are getting so frothy that even celebrities are starting to endorse them.

Floyd Mayweather (the boxer) posted a photo of himself on a private jet in front of piles of $100 bills saying “I’m gonna make a $hit t$n of money on August 2nd on the Stox.com ICO.”

Paris Hilton told the world she was looking forward to participating in the LydianCoin ICO (whose founder happens to be facing jail time).

These are all signs of an extraordinary, massive bubble.

As with all bubbles, there are certainly some legitimate, well-managed businesses whose tokens might actually be worth something.

But at the same time there’s limitless garbage out there masquerading as investments.

This bubble might persist for years. Or months. Or days. No one knows.

We only know that, at some point or another, bubbles always burst.

Keep that in mind if you find yourself chasing the next hot ICO. Make a calculated decision whether or not it’s worth the risk. And recognize that there’s a decent chance you could lose your entire investment.