It’s now almost impossible to save for retirement 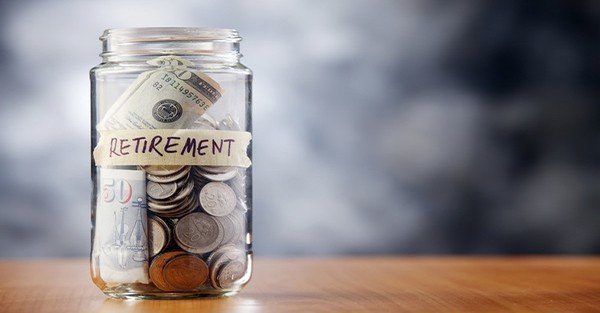 My grandfather was something of a Renaissance Man.

He was a farmer, schoolteacher, fisherman, collector, real estate investor… and one of those guys who always seemed to know how to do everything.

He could take apart an engine, build a house with his bare hands, tame wild horses, treat life-threatening wounds, play the guitar… and he was extremely well respected in his community.

Plus, like many from his generation who grew up during the Great Depression, he was also a prolific saver.

Being highly mistrustful of banks, my grandparents dealt mostly in physical cash. They used to keep money in old coffee cans stuffed full of coins and bills.

Every now and again when the coffee cans became too numerous, they would buy government savings bonds.

Of course, that was a different world.

When my grandparents were saving, the government was actually solvent, and interest rates were ‘normal’. You could buy government bonds and expect a decent rate of return.

Plus the dollar was still linked to gold back then, so you could have a confident outlook on your currency.

At the same time, Social Security was also in good shape; you didn’t have to worry whether it was still going to exist when it came time for you to retire.

As we discussed on Friday, Social Security in the Land of the Free has a shortfall exceeding $40+ TRILLION according to its own annual report.

Simply put, this means that Social Security woefully lacks the funding to meet its obligations, particularly those to America’s future retirees.

This isn’t a problem strictly with Social Security either; one of the major Medicare trust funds (Disability Insurance) is literally days away from going completely broke.

And as the Financial Times reported recently, city and state pension funds across the United States have another multi-TRILLION dollar funding gap.

Nor is this problem distinctly American; the same conditions broadly exist across most of the developed world, especially in Europe.

So relying on just about any western government’s retirement program is an absolute sucker’s move.

Yet even if you take matters into your own hands and save for retirement on your own, you’re fighting an uphill battle at best.

Zero (or negative) interest rates around the world have practically destroyed any reasonable expectation of savings.

When my grandfather was saving, for example, he could buy a 1-year US government bond yielding 4% at a time when inflation was 1%.

That’s a 3% return when adjusted for inflation. Not huge, but for him it was risk free.

Today, the latest government report shows the US inflation rate at 0.9%; yet that same 1-year US government bond yields just 0.53%.

In other words, today you lose more money to inflation than you earn in interest.

So saving money guarantees that you will LOSE after adjusting for inflation, at a time when the US government’s finances have never been more precarious. Crazy.

According to Blackrock CEO Larry Fink (the largest money management firm in the world), people today have to set aside THREE TIMES AS MUCH money to save for retirement as their parents and grandparents did because of these low interest rates.

So not only are you facing a no-win situation with government retirement options like pensions and Social Security, but even saving money on your own requires three times as much sacrifice.

How is someone supposed to put their kids through an astonishingly expensive university system, pay for the shocking cost of medical care, AND set aside three times as much for retirement??

Now, this isn’t intended to be a downer. What I really hope to point out is that CONVENTIONAL options and strategies just don’t work anymore.

Buying ‘risk free’ bonds, dumping money in a mutual fund, and waiting for the government pension to kick in just won’t produce the results that it used to.

The truth is there are entire asset classes and niche investments out there that can generate vastly superior rates of return without having to take on substantial risk.

And best of all, these niche assets and corners of the market are only available for smaller investors.

If you buy big, conventional blue chip stocks and funds, there are dozens of ways you’re getting fleeced by Wall Street and City of London.

But niche investments are way too small for these giant sharks.

Goldman Sachs is probably not going to get into the Burmese art market anytime soon. And that’s not even a good example.

This week I’d like to introduce you to some incredibly compelling, unconventional, yet simple ideas and strategies that could put you back in control and achieve real financial independence.