Opportunity: the most disastrous event since World War II 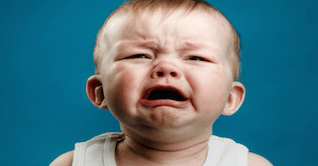 So the British people have finally spoken. The Establishment, however, chose not to hear them, turning its perpetual tin ear to criticism from below.

As the flag-bearer for an unaccountable, hypocritical and increasingly bewildered elite, Martin Wolf for the Financial Times showed precisely why Remain lost:

“The fear-mongering and outright lies of Boris Johnson, Michael Gove, Nigel Farage, The Sun and the Daily Mail have won.. This is probably the most disastrous single event in British history since the second world war.” 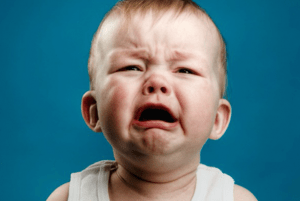 The London establishment has taken the Brexit news with quiet dignity.

The BBC – like the Financial Times, another media institution that persists despite itself – also struggled to make sense of the UK’s extraordinary decision to enter divorce proceedings with the EU.

Extraordinary not because it was irrational, or xenophobic, or economically illiterate, or sado-masochistic, though that is what the Establishment evidently believed.

Brexit was extraordinary because of the massed domestic and international forces that the British people managed to overcome:

All of the main political parties, the IMF, the OECD, the CBI, the TUC, Goldman Sachs, JP Morgan, Morgan Stanley, most chief executives of FTSE 100 companies, and David Beckham.

So what did 17.4 million British people vote for?

One can only speak for oneself. I voted for economic independence from a failing totalitarian socialist economic bloc.

(Greece, by the way, should never have been allowed to join in the first place – but then institutionalised corruption is another of the euro zone’s fatal flaws.)

Yet the euro force-feeds a one-size-fits-all across the continent, which unsurprisingly is the slowest-growing region in the world.

The euro is emblematic of the EU as a whole– it is too big to function properly, especially when there’s little commonality amongst the EU’s disparate cultures.

Yet whenever skeptics expressed concern at the EU’s direction of travel and its acceleration regardless, it was met with a standard response: the answer is more Europe.

Well, not any more.

The financial markets have also spoken. Or at least yelped.

But a few days’ drama does not make a crisis, and Mr Market has a tendency to become emotional– especially when faced with almost unfathomable complexity and a sudden dramatic change to the status quo.

Whatever else happens, a (temporarily ?) weaker pound will boost prospects for British exporters while Britain gets round to renegotiating old and negotiating new trade deals.

The UK’s credit rating will likely take a knock – but Gilts are already living in fantasyland and have been largely uninvestable for months.

The bigger concerns should surely be for the euro, and for a failed economic and political lunatic asylum that has just seen its first prisoner escape.

Will other inmates decide to make a break for freedom – and sanity ?

We think the EU referendum was ultimately the expression of a choice between big and small government.

Enough British voters seemed to have decided that we can get by with less State rather than more.

And what of all the great ‘risk’ in financial markets that have been discussed round-the-clock by financial news?

Remember that risk is the probability of a permanent loss of capital.

Day-to-day price volatility, on the other hand, is just that – and in financial markets it simply cannot be avoided. It cannot be avoided – but it can be exploited when the market over-reacts. Warren Buffett put it nicely:

“Cash combined with courage to invest in a crisis is priceless.”

This opportunity hardly strikes us as the most disastrous event since World War II. Just make sure to go slowly and be patient. This volatility could persist for quite some time.