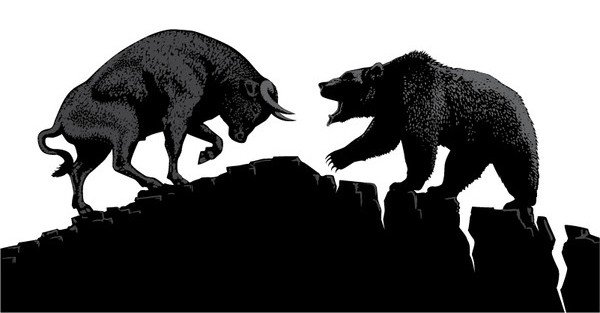 “The nonsense and frustrations we all witness in this industry every day is a red hot ember that drives us, a prime motivator to push back against the endless firehose of bullshit that the Wall Street machinery manufactures. The single biggest and most profitable product that the Finance Factory cranks out every day is bullshit, and each version of it is slicker and better and more dangerous than whatever came before.

“Our research business model is to create a countervailing narrative to this endless flow of money-losing foolishness. We know that not everyone will be saved, but we can at least provide enough information, data and commentary that an intelligent web surfing investor can find ways to save themselves from the Finance Factory’s finest foolery.”

The human brain is a pattern recognition engine. We see patterns even and especially when they don’t exist. Scientists call this pareidolia: the perception of a face on the surface of Mars, or of a religious icon on a piece of burnt toast. Financial journalism is hardly immune to it. Perhaps most journalism relating to markets is guilty of some form of narrative fallacy, what Nassim Taleb calls “our limited ability to look at sequences of facts without weaving an explanation into them, or, equivalently, forcing a logical link, an arrow of relationship upon them. Explanations bind facts together. They make them all the more easily remembered; they help them make more sense. Where this propensity can go wrong is when it increases our impression of understanding.” We crave certainty and we cannot stand the idea that there may be ultimately little or no very rational explanation for much of what occurs in the financial markets on a daily basis.

Thomas Schuster of the Institute for Communication and Media Studies at Leipzig University has crafted one of the more devastating critiques of financial journalism which will strike a chord with any investor who has read a market bulletin and howled in despair at the barrage of non sequiturs and sweeping presumptions contained within it:

The media select, they interpret, they emotionalize and they create facts.. The media not only reduce reality by lowering information density. They focus reality by accumulating information where “actually” none exists.. A typical stock market report looks like this: Stock X increased because.. Index Y crashed due to.. Prices Z continue to rise after.. Most of these explanations are post-hoc rationalizations.. An artificial logic is created, based on a simplistic understanding of the markets, which implies that there are simple explanations for most price movements; that price movements follow rules which then lead to systematic patterns; and of course that the news disseminated by the media decisively contribute to the emergence of price movements.

Then there is the sort of financial journalism that advocates economic policy. It is one thing to publish a commentary that cobbles together inanities accounting – badly or entirely wrongly – for why the market did what it just did. Such commentary is largely harmless. It is another thing to promote specific policy actions that will have real world consequences, or wilfully to misrepresent market behaviour so as to traduce the explanation of prices.

‘Negative rates are not the fault of central banks’.
The following ‘observations’ are taken from that article. Most of them are questionable.

“Save the savers” is an understandable complaint by an asset manager or finance minister of a creditor nation. But this does not mean the objection makes sense. The world economy is suffering from a glut of savings relative to investment opportunities. The monetary authorities are helping to ensure that interest rates are consistent with this fact. Ultimately, market forces are determining what savers get. Alas, the market is saying that their savings are not worth much, at least at the margin..

Some will object that the decline in real interest rates is solely the result of monetary policy, not real forces. This is wrong. Monetary policy does indeed determine short-term nominal rates and influences longer-term ones. But the objective of price stability means that policy is aimed at balancing aggregate demand with potential supply. The central banks have merely discovered that ultra-low rates are needed to achieve this objective.

Another objection is that ultra-low, even negative, real rates are counterproductive, even in terms of demand. One rejoinder to this argument is that the ECB raised rates in 2011, with disastrous results. The broader objection is that higher rates shift incomes from debtors to creditors. It is highly likely that the former would cut spending more than the latter would raise it. Furthermore, by impairing the creditworthiness of borrowers, the policy would have two further malign effects: it would force borrowers into bankruptcy, with bad consequences for intermediaries and creditors; and it would reduce the expansion of credit. Thus, the argument that raising interest rates would be expansionary is highly implausible. Naturally, savers argue the opposite. They would, wouldn’t they?

Sometimes the devil emerges in plain sight. Strange market forces that are set by central bank fiat and maintained by it. It is central banks that control short term policy rates and it is central banks whose policies of quantitative easing ensure that the yield curve, too, is a policy tool of the State.

Not every FT subscriber takes Martin Wolf’s absurd economic policy guidance lying down. The following was the response from ‘MarkGB’:

There’s nothing for it, Mr Wolf, I am forced to admit that you are totally right.

Negative interest rates are not the fault of central banks. Indeed it is churlish to assume that the people who stride the world stage with their optimal control panels should have the slightest degree of control over anything, optimal or otherwise. Clearly they haven’t.

As regards targeting inflation or creating employment it is equally clear that they haven’t got the foggiest idea about any of that either. They are clueless and therefore blameless. So to hold them accountable for any of that is totally unreasonable of us.

But the biggest injustice of all is to imagine that the people who spend their lives agonising over interest rates, people who rush for a microphone to talk about them every time Ray Dalio sneezes, people who write books about how they saved the world with interest rates and their love child QE…To suggest that those people are responsible for negative rates is just plain wrong…and highly negative by the way.

No, NIRP is the fault of two well-known meddlers in human affairs – the tooth fairy and the invisible spaghetti monster. These are the villains who crept into Alan Greenspan’s study one night in the early nineties and whispered in his ear…’cheap money makes people borrow and spend…it makes things look good on the surface…the pols like that…Don’t worry about paying it back, that’s for another day…’

Yes folks, the invisible spaghetti monster and the tooth fairy have trained a whole generation of Neo- Keynesian Astrologers with Friedman rising and their moon in Krugman…to believe that they are in control of everything but responsible for nothing.

They are the real villains of the piece. Unfortunately they don’t know the least thing about productivity, investment or wealth creation either – their PhD supervisor was Santa Claus and they think it’s all down to him.

So yes, Mr Wolf, you are right – negative interest rates are not the fault of Central Bankers.

To end on a slightly different note, let me say this:

This is no way in a million years that a free market would EVER result in negative interest rates. They are a man-made contraption, a sign of intellectual as well as monetary bankruptcy, a product of groupthink and hubris. Rationalise as you will, justify as you like – markets don’t DO negative interest rates – idiotic central planners and corruptible politicians create the conditions for them, then implement them, then deny responsibility for them.

But there is investing in the markets as we would like them to be – free and untouched by the price controls advocated by misguided neo-Keynesians and socialist policy wonks – and there is investing in the markets as they are today. Bonds, for example, are now an uninvestable asset class – unexploded ordnance in the minefield. Cash in the bank represents a growing counterparty risk combined with a derisory or negative yield. That leaves listed equities as the primary investment choice for anybody seeking income or capital growth.

But many equity markets have seen their valuations artificially manipulated higher by the price controls explicit in QE, ZIRP and NIRP. The only rational response is to seek out pockets of high quality value equity as yet unaffected by the malign distortions of the printing press. They may be few in number but they undoubtedly exist. You are unlikely to read about them, unsurprisingly, in articles from the mainstream financial media.