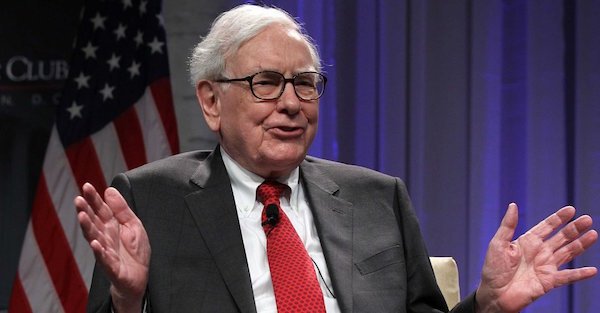 Not too long ago I received an email offering the luxury trip of a lifetime to Iceland.

It was a package tour… and super impressive.

We would have our own private helicopters taking us all over the island for seven days. There was horseback riding, dune buggies, even racing Ferarri and Lamborghini supercars across a frozen lake.

I looked again thinking I had made a mistake. Sadly the number didn’t change. I looked a third time to make sure the price was in US dollars.

My immediate reaction was totally predictable. “That’s f*ing insane!” And I could prove it.

I’ve been to Iceland a few times. Beautiful country.

And when I was there I rented my own private helicopter to fly all over the island and go wherever I wanted.

(At one point when I was there in 2013 my pilot and I buzzed the location where they were shooting a ‘north of the wall’ scene from Game of Thrones.)

And while Reykjavik is a pretty expensive place to visit, staying at the nicest hotel in the city and eating at the best restaurants wouldn’t run more than $1,500 per day, even if you were spending like a drunken sailor, i.e. irresponsible politician.

So you can see my point– the math didn’t add up.

On top of that, there were a number of activities that I knew I wouldn’t like, like the dune buggies.

But if I had signed up for the tour, I would have been paying for that stuff regardless. Overpaying, as it were.

Needless to say I declined.

I grew up lower-middle class. And while we never missed a meal at home, my parents constantly struggled to pay the bills.

That sense of value for money has stuck with me for decades no matter what level of success I’ve been able to achieve.

Travel is a great example. Of course I like to travel in style. But I’m always looking for a great deal.

I just bought a new Round-the-World trip, which is one of THE most cost effective ways to travel in business and first class.

When selecting a hotel, I’ll always shop around, comparing prices of different hotels, and even prices of the same hotel on different websites.

And if I’m going on vacation (which is basically never), I’ll pick and choose the activities that I want instead of pre-paying for things that I’ll skip.

This isn’t rocket science. Most people naturally do the same thing. We’re always shopping for a great deal.

Except when it comes to investing.

The idea is to gain exposure to large companies that will do well over time, while also achieving instant diversification across hundreds of businesses.

But in practice, index investing has now become the equivalent of the overpriced travel package.

If you break down the travel package into its constituent components, i.e. helicopter tour, supercar racing, etc., it’s easy to see how expensive each individual piece is.

Similarly, if you break down the stock index into its constituent components, you can begin to see how expensive the individual companies are.

Most investors are completely unaware, for example, of the risks they’re taking by buying the companies that comprise the index at valuations up to 200x or more…

… or that 50% of the index value is just 50 companies (so much for diversification!)

… or that roughly 50% of the index’s 2017 returns come from just FIVE companies: Google, Facebook, Amazon, Microsoft, and Apple…

But, hey, they’re part of the package, so you’ve already pre-paid for all of them, again, at record high prices.

Sometimes travel packages can make sense– if each activity is the right fit, and the individual components are priced appropriately.

And sometimes index investing can make sense as well, especially if the component companies are great businesses whose shares are reasonably priced.

But few people ever look.

The almost universal investment recommendation is to blindly buy the index, irrespective of its price or value.

In my case, I’m willing to pay a travel agent who has access to better prices, or hire a local expert on the ground if I’m going somewhere unfamiliar.

Investing shouldn’t be any different.

Warren Buffet has been a particularly notable champion of index investing, telling individual investors at almost every opportunity to buy a low-cost index fund.

But Buffet himself wouldn’t do this.

With his own money, Buffet picks his own investments, carefully selecting each stock based on his own research and analysis.

That’s because he has the sophistication and expertise to do this.

But Buffet also knows that the average person probably isn’t going to lift a finger to improve his/her financial literacy even though the benefits are so obvious.

(Perhaps that’s what keeps them average.)

So the standard advice remains: buy an overpriced package at its all-time high.

In truth the world is full of incredible opportunities, and most of them are not neatly organized in some popular, expensive package.

But they’re readily accessible to anyone. As I often write, you simply need the right education, and the will to act.