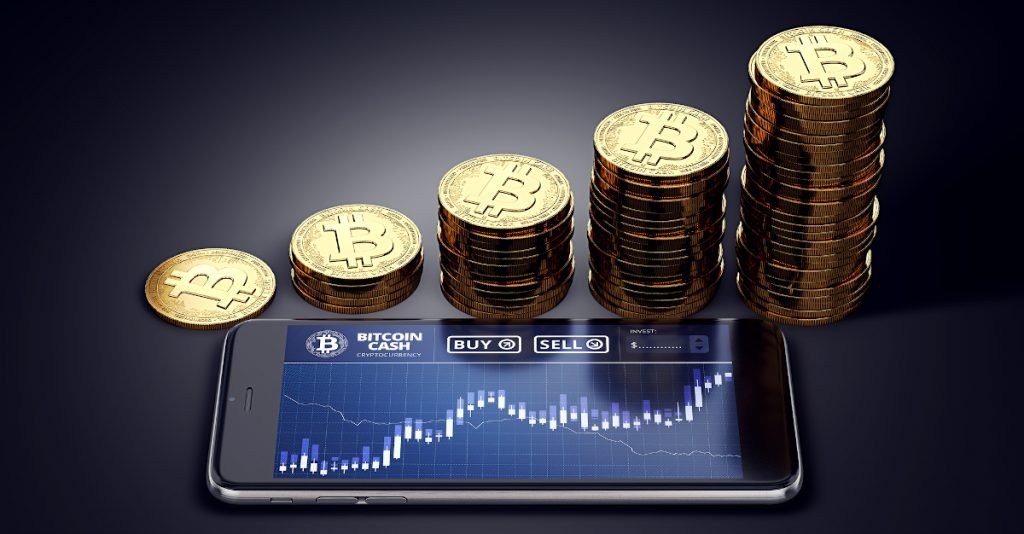 There are famous stories that come out of the Great Depression in which very astute financiers sold all of their stocks just before the big crash of 1929.

Joseph Kennedy famously dumped his portfolio after receiving stock tips from a shoeshine boy. And Bernard Baruch, one of the wealthiest financiers on Wall Street, said after the crash,

“Taxi drivers told you what to buy. The shoeshine boy could give you a summary of the day’s financial news as he worked with rag and polish. An old beggar who regularly patrolled the street in front of my office now gave me [stock] tips. . .”

Now, these comments make it seem like taxi drivers and shoeshine boys don’t have financial sense. And that’s wrong.

Someone’s profession and their level of financial sophistication don’t necessarily go hand in hand; there are plenty of astute janitors, and plenty of idiot fund managers.

But I did think about Baruch’s remarks recently when an Uber driver started talking to me about cryptocurrency.

Again, his opinions are just as valid as anyone else’s. But what I found remarkable is that the only thing he knew about his portfolio was how much he’s ‘up’.

He told me about how he’d invested in a few small tokens, and that’s he’s up 3x on this, and 5x on that, and 2x on another.

There was zero discussion about the technological merits of any particular coin. He didn’t talk to me about what made their software better, or the unique proposition that any of them offers to the financial system.

He didn’t even know the basics of what he had purchased. All he knew was how much he was ‘up’, and that his portfolio was going to keep going up.

And that’s the thing about crypto: there’s a level of fanaticism that we’ve not seen before in modern history with regards to a single asset class.

There are pro-crypto people who are self-avowed “HODLers”, which is crypto-speak for “I will never sell ever… regardless of technological competition or radical changes to the marketplace.”

This is a completely emotional position to take.

But the fanaticism is on both sides. Equally, there are anti-crypto people who still claim that it’s a scam, or ‘worthless’.

Just this morning in the Wall Street Journal, in fact, some reporter wrote that Bitcoin’s “fundamental value is zero.”

This just screams ignorance. Bitcoin is software. Software is technology. And any technology that (a) serves a real purpose, and (b) has a large number of users, is by definition NOT worthless.

Bitcoin has tens of millions of users and provides actual utility, i.e. transferring value from one user to another.

It’s hard to make sense of the market with so much noise, so I wanted to make a few rational comments.

As a caveat, I have been pro-crypto for a long time and initially introduced our members to it back in 2013. But I’m not fanatical about anything and do my best to focus on facts.

For example, a common refrain from the pro-Bitcoin crowd these days is that “Bitcoin is gold”.

Physical gold has certain limitations. But there is no bar of gold that contains a record of everyone who’s ever owned it. Equating gold and Bitcoin is silly.

It’s also silly to criticize Bitcoin because its ‘throughput’ is slow. Naysayers point out that Visa can process up to 76,000 transactions per second, while Bitcoin can only process around 15 per second.

That’s true. But it’s an apples/oranges comparison. Bitcoin’s best use at this point isn’t to pay for coffee at Starbucks. It’s a great way to transfer large sums outside of the banking system.

And in that regard, Bitcoin’s throughput is more than adequate. Plus there are other coins and decentralized ledger technologies that are even better.

It’s for this reason (among many others) that very prominent investors and large financial companies, including Visa, Mastercard, Stripe, PayPal, etc. have integrated Bitcoin into their services.

And there are so many banks and funds investing in Crypto now that there may be a natural floor in the marketplace.

In other words, just like big funds tend to “buy the dip” when the stock market falls, there are enough financial players in the crypto market that they may ‘buy the dip’ if there’s a price decline in Bitcoin.

The wild gyrations in crypto prices are definitely a bit concerning; it’s hard to take an asset too seriously that can be up or down 20% in a single day. And it’s definitely hard to take something seriously when a single Tweet from Elon Musk can send its price soaring.

But that doesn’t take anything away from the technological value of what cryptocurrency presents.

Again, most people miss the point: buying cryptocurrency is ultimately a speculation in the long-term utility of its technology.

And just like Microsoft’s or Google’s technology can be worth $1+ trillion, there’s no reason that cryptocurrency can’t be worth that much.

But it makes a lot of sense to tone down the fanaticism. There are so many coins and tokens, each with different technology.

And it’s important for someone to understand the advantages and disadvantages of whatever technology they’re buying, rather than blindly buying into Bitcoin without the slightest idea of its drawbacks and benefits.

That would be like deciding it’s time to enter the stock market, and automatically buying Tesla stock without doing any research on Tesla, or any other company in the market.