The fastest way to get rich in cryptocurrencies 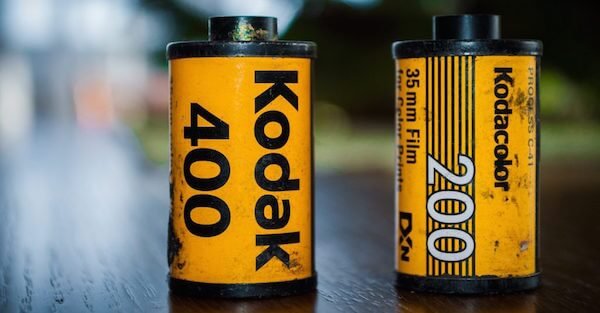 It’s a popularized phrase to describe a picture-perfect moment – one that should be forever captured on Kodak film.

Like Kleenex tissue, Kodak was once so large and popular, the company worked its way into basic lexicon.

Kodak was founded in 1880 by a man named George Eastman. He started producing dry plates (a new type of photographic plate that reduced the cost of photography) in Rochester, New York.

Eventually the company adopted the razor and blades strategy of selling inexpensive cameras and making big margins on the consumables – paper, film and chemicals.

It’s hard to believe now, but Kodak was the innovator of its day. By 1976, the company accounted for 90% of film and 85% of camera sales in America. It was known as “The Great Yellow Father.”

Until the 1990’s, it was considered one of the five most valuable brands in the world (today, those brands are Apple, Google, Microsoft, Coca-Cola and Amazon).

And Kodak was actually the first company to introduce the digital camera, back in 1975.

Though the job sounds high-tech, especially for 1970’s standards, it wasn’t a glamorous gig.

Sasson’s invention took 50 milliseconds to capture an image and 23 seconds to record it to a tape. He would take the cassette tape out and hand it to his assistant, who would put it in the playback unit… 30 seconds later, you got a 100 pixel by 100 pixel black and white image.

Sasson promised Kodak’s executives the processing time would decrease as technology improved (remember… this was 1975).

But Kodak killed the product, fearing it would cannibalize its film business. Not to mention, the company didn’t believe anyone would ever want a digital camera…

We know how the story played out…

Digital photography killed the film business. Kodak entered the digital camera business, but those became a low-margin commodity (which were soon replaced by smart phones).

The company emerged from bankruptcy in 2013 as Eastman Kodak – a company focusing on business technology and printing solutions.

Shares of the 130-year old company soared 120% after it announced it’s adopting blockchain technology and creating its own digital currency – the KodakCoin. It’s up another 75% as I write this.

The platform, called KodakOne, says it’s a “new economy” for photographers to license their work and get paid.

Last month, Long Island Iced Tea Corp. – a beverage company – changed its name to Long Blockchain Corp. and saw its shares nearly triple in a day. The company was facing a potential Nasdaq delisting unless its market value rose above $35 million for 10 business days in a row (the blockchain stunt achieved that goal).

Then, last week the company said it was buying 1,000 bitcoin mining machines and offering as many as 1.6 million shares to raise capital… while continuing to make its juices, lemonades and teas.

Yesterday Long Blockchain Corp. announced it was halting its plans to raise capital, though it will still evaluate “multiple specific opportunities” in blockchain.

Also last week, the Securities and Exchange Commission (SEC) halted trading in Hong-Kong based UBI Blockchain Internet (formerly known as JA Energy)… the company’s stock price soared from $9 on December 11 to $87 on December 18 – even though it has no revenue and provided a disconnected phone number in its regulatory filings

Even the SEC is getting in on the joke…

The Fort Worth, Texas branch of the SEC recently tweeted “We’re contemplating adding ‘Blockchain’ to our name so we’ll increase our followers by 70,000 percent.”

This type of market behavior is pure madness… struggling lemonade companies are getting into cryptocurrencies. And the market is rewarding them.

Same with UBI Blockchain Internet, which appears to be an outright fraud.

Comparisons to the tech bubble abound – when companies with zero tech focus would add “dot com” to their name and see their shares soar.

I’ve been writing this year about avoiding major mistakes that can cripple your wealth (including this piece urging caution about Ripple just before it plunged in price.)

And once, again, I’d urge caution in the crypto space. I’m not saying you shouldn’t buy any. Nor should you necessarily sell if you’re sitting on big gains.

But now probably isn’t the time to go all in. Money today is acting completely irrationally in regards to bitcoin and other cryptocurrencies.

Kodak, a textbook case study in how to fail with technology, is launching its own blockchain and coin. Lemonade companies are mining crypto. Paris Hilton and Jamie Foxx are promoting initial coin offerings.

It’s a circus. And most of these hair-brained schemes will fail.

Remember, any successful investment has to be based on something real – property, cashflow, an underlying technology.

Investments based on nothing but hype are HUGE mistakes. And that’s what we’re seeing in the crypto space.