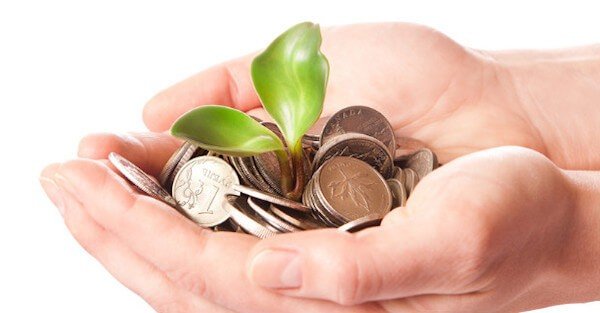 Yesterday I spent all afternoon meeting with government officials here in the Philippines, and I’m still in shock. I’ll explain–

About a year and a half ago I purchased a fairly large manufacturing business that is oddly enough based in Australia.

It’s been a fantastic investment so far, primarily because it generates so much cashflow relative to the price I paid.

With big public companies listed on a major stock market, it’s not uncommon to pay 20x, 50x, even more than 100x a company’s annual profits.

For example, as I write to you early in the morning here in Manila right now, Amazon’s stock sells for 180x its annual profits.

In other words, if you were theoretically to acquire 100% of Amazon’s shares, at current levels it would take you 180 years to recoup your investment.

(This presumes you put all the profits in your pocket, but doesn’t account for the effects of dividend taxation.)

But even if Amazon’s earnings were to grow at an annual rate of 25% per year (which would be unprecedented), it would still take almost two decades to recoup your investment.

Private businesses, on the other hand, typically sell for extremely low multiples of their earnings, often as low as 3-4x.

You can see the difference in value pretty clearly: recoup your investment in 180 years (or even 20 years) versus 3 years.

Plus there’s often so much more opportunity for growth.

With a private business you can greatly influence the outcome and dramatically grow the company’s bottom line… something you’ll never be able to do investing in stocks.

And that brings to why I’m in Manila again.

Right now our company is manufacturing its products in Australia… which is crazy.

Australia is legendary for its high business costs, with a minimum wage that is about to exceed A$18/hour (around USD $13.50).

Plus it’s incredibly difficult to fire underperforming workers in Australia.

If you have an employee who’s lazy, milks the system, or even refuses to show up for work, it’s a time-consuming and expensive process to get rid of them.

Of course, the federal and local governments in Australia always tell us how much they support business and want to create manufacturing jobs…

… yet they’re constantly coming up with insane bureaucracy that has the opposite effect.

In fact, the biggest pro-business move the government has made in the last 18-months has been a tiny reduction in the corporate tax rate from 30% down to… wait for it… 27.5% !

So the CEO and I have spent the last several months shopping around other options, primarily in Asia.

And some places have really rolled out the red carpet.

Vietnam in particular offers a LOT of attractive incentives to foreign investors and entrepreneurs to relocate their companies there.

But, at least for our particular business, nowhere have the incentives been more alluring than here in the Philippines.

Yesterday the government laid out the package for us.

In fact the only tax we’ll end up paying is some trivial payroll contribution that ends up being less than $40 per month per employee. It’s nothing.

(Clearly the low cost of labor here is also attractive. I could pay double the market wage here and it would still be 80% cheaper than what we pay in Australia.)

Based on these fiscal incentives, even if our business doesn’t increase its sales by a single penny, the labor and tax savings alone will DOUBLE our earnings.

I’d never be able to do that buying shares in Amazon. But with a private company, I’m able ot make some strategic decisions that have an enormous impact.

And honestly I haven’t seen a program this good since I established a company in Puerto Rico to take advantage of the island’s amazing 4% tax incentive.

I’ve also been shocked at how helpful and supportive these officials in the Philippines have been so far.

I’ve never had a government official hand me a card and say, “Call me at home anytime if you have questions.”

Well, last night my CEO and I were planning out the business strategy and we had questions.

So we called. And called again. And kept calling each time we had additional questions.

I was amazed simply that they answered the phone at home, after hours… let alone at the breadth and depth of knowledge on so many topics ranging from taxation to the legal environment to operations and logistics.

My biggest takeaway is that these guys really seem to understand that they have to compete in order to attract business.

Not just with words, but with actions.

Capital, talent, and business will always go where they are treated the best and where the conditions are the most favorable.

Most Western governments have totally forgotten this.

They keep passing their destructive rules and decrees, failing to realize that we’re not living under the Feudal System anymore.

We’re all free to pursue better opportunities anywhere else in the world, whether that means moving ourselves, our savings, our assets, and/or our businesses.

In some cases (like moving assets) you don’t even need to leave your living room.

The exciting thing is that there’s an increasing number of jurisdictions right now that are competing for you, including here in the Philippines, Puerto Rico, and many, many more.

And given the power of modern technology, taking advantage of these opportunities is easier than it’s ever been before in human history.