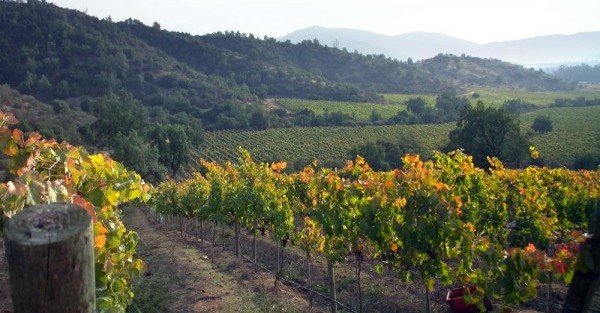 It’s great to be back in Chile.

This place is ripe with so much opportunity. And for the last few days, I’ve been out investigating agricultural investment property in the central regions for my investment portfolio.

I’ve been investing heavily in the sector for the past few years… because when I survey the universe of investment possibilities I’ve come across in my travels around the world (to more than 100+ countries), I can’t think of anything more compelling than agriculture.

The reason is simple: objectively speaking, there’s absolutely nothing about food right now that gives any cause for cheer.

From a demand perspective, the sheer volume of population growth is creating, by the day, a net increase in demand for food. Every human being alive requires nutrition to survive… and as world population is expected to surpass 8 billion people this decade, demand is only growing.

Moreover, nearly 60% of the world’s population is in Asia, which is experiencing an unprecedented rise in wealth. Half a billion people in Asia have been lifted from poverty into the middle class over the last decade, and that trend looks likely to accelerate.

From a supply perspective, the data suggests that human beings have maxed out in what we’re able to squeeze out of the earth.

But yields have now flattened out… and in many cases are falling. This means that farmers are taking less and less from the earth to feed more and more people.

More importantly, the amount of arable farmland in the world is declining from soil erosion, weather, land development, etc. And many farmers are simply going out of business. Who wants to be a farmer anymore? Everyone wants to be in finance or tech. Farming isn’t sexy. So there’s very little intellectual or entrepreneurial resources being invested in the sector.

Bottom line: Supply is decreasing. Demand is increasing. And idiotic policy is making it all worse. The absolute BEST that we can hope for is rising food prices. The worst case is food shortages.

This is a major challenge that will really start to show its face in the coming years. And it’s the primary reason why I keep investing in farmland, especially here in South America.

In Chile and Peru, for example, land prices are low, operating costs are low, and yields are very high. Yet the local know-how is lacking… so experienced foreigners with knowledge of international best practices can really go a long way.

One interesting thing I found out while looking at property yesterday– a certain sovereign Arab investment group just droppped $30 million on agricultural property in Chile near the area that I’m buying.

This is a major game changer. Many governments, particularly in the Middle East, have recognized that severe challenges are coming in the food system, and they’ve started to gobble up farmland everywhere they can find.

Until now, Africa and Southeast Asia have been the primary destinations for their investment capital. Now it seems the land grab has come to South America.

This has profound implications for the region. More on that in an upcoming letter.