The second time I went broke 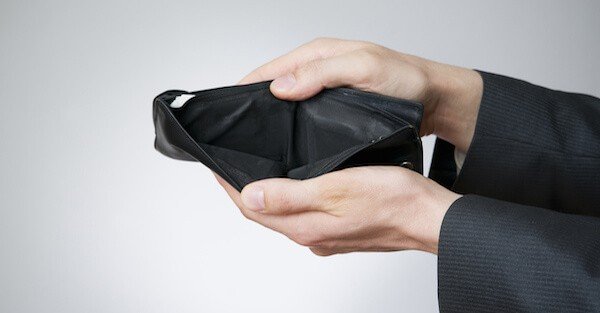 A looong time ago, back when I must have been around 25 or so, I launched my first really BIG deal.

It was the first time in my life that investors were backing me in a deal worth more than $1 million… which at the time seemed like an unfathomable amount of money.

Now, to be perfectly blunt, I was in way over my head. I simply hadn’t yet developed the skills to make the project a success.

But hey, I was 25, so I thought I knew everything.

Needless to say the project was a miserable failure and suffered an enormous loss.

The only thing I did right was that, after the deal failed, I reached into my pocket and made all the investors whole so that they didn’t lose a single penny. I took the entire loss myself.

But it completely wiped me out (sadly not the first time I lost everything).

In my newfound poverty, I had plenty of time to reflect on where things went wrong. And there was no avoiding the uncomfortable reality that I was solely to blame.

It was a gut-wrenching and expensive lesson. Learning from one’s mistakes often is.

But I did learn, eventually acquiring and mastering the skills that I obviously lacked, ultimately applying those skills to build several highly successful businesses in the future.

That episode in my life also taught me that one of the primary ingredients in sustainable success, just as we discussed yesterday, is avoiding major mistakes.

It doesn’t matter how much you achieve if you only end up wiping yourself out from major mistakes.

As I wrote yesterday, we make mistakes when we’re emotional– especially from fear, greed, or ego.

In my case it was ego. I was 25 and thought I knew everything.

(I’m 39 now and am happily much more honest with myself about what I don’t know.)

Now, believe it or not, this letter is actually about crypto. Because I’m seeing a ton of emotionally-driven decisions in crypto today that could lead to some major (and completely avoidable) mistakes.

Let’s talk about ego first: a lot of people have made a ton of money in crypto. And while that’s great, money can drive ego.

When we lose, we want to know why.

Eventually we think we’re so smart that we believe in our own infallibility, just like the guy at the craps table who’s on a hot streak and thinks he can’t lose.

Some guys actually believe they can predict the future, i.e. “Bitcoin is going to $50,000 by March 12th” or some such nonsense.

Give me a break Nostradamus.

Predicting the future of Bitcoin is to presume that someone knows with 100% certainty how LITERALLY billions of people around the world, along with dozens of governments and regulators, and the introductions of hundreds of other cryptocurrencies, will react together.

Anyone who thinks they can do that is an idiot. Or a at minimum, they’re completely delusional.

I was a fairly early buyer of Bitcoin, picking up a bunch in the early days when most Bitcoin-related conversations began with, “What’s Bitcoin?”

Obviously that purchase worked out well. But I know I got lucky.

I was attracted to the concept, but honestly I had no earthly idea what would happen and didn’t fully understand it… there was very little data at the time.

So I bet a bit of scratch– a small rounding error that I could afford to lose.

Years later it’s worth quite a bit more scratch. But I acknowledge it was luck.

The real problem is when people refuse to recognize that they got lucky.

Rather than thinking rationally, like “hey I was really lucky, maybe I should take a bit of cash off the table,” they let it all ride.

Don’t get me wrong– you know I’m not anti-crypto. And I’m certainly not suggesting you shouldn’t buy, or that you should sell.

What I am suggesting is that avoiding BIG mistakes means being rational.

If you’ve won big, be sensible, not ego-driven. Don’t kid yourself and pretend that you can predict the future.

At the same time, there are folks who feel they missed out. Their amygdalas flare up with all sorts of powerful emotions every time Bitcoin breaks a new $1,000 threshold.

Usually those emotions are greed and/or fear– specifically the Fear of Missing Out (FOMO).

FOMO is dangerous. It compels people to make emotional investment decisions rather than rational ones.

And it doesn’t help when there are countless guys in the Nostradamus category chanting that Bitcoin is going to $100,000 or whatever.

Stay rational. No one really knows what’s going to happen, so make your own conclusions.

Remember, with many cryptocurrencies (but not all) supply is fixed, which means the price is fundamentally driven by demand.

So the important questions you have to answer include– will there be more crypto users in the future or fewer? What are the major risks that could throw a serious monkey wrench in that model? Which cryptocurrencies have superior technology?

And then, should your rational analysis lead you to purchase, make sure you buy only what you can afford to lose.

There’s risk with ANY investment or speculation. Crypto is no different.

On the other hand, should you decide that you just don’t understand it, or you aren’t comfortable with the asset class, then be confident in your decision to NOT invest.

Don’t feel like you’re missing out on anything. There are plenty of other opportunities out there, and buying cryptocurrencies will certainly not be the last great thing to come along.

Either way, though, the choice to sell, hold, buy, or NOT buy, should be grounded in a brutally honest, well-reasoned analysis.