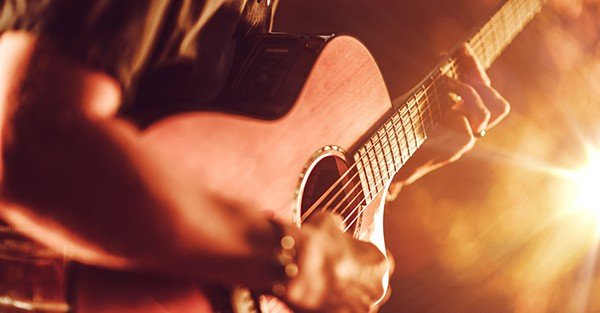 It was early spring in 1971 when an obscure American folk singer wrote a song that would change his life forever.

Sitting at a café in Saratoga Springs, New York, Don McLean scribbled the lyrics to a long ballad about an experience he had as a 13-year-old boy.

It began with a radio bulletin that said that Buddy Holly had died in a plane crash. The boy was crushed. But the man used this emotion to write a song that would take the world by storm.

Of course, that song was “American Pie.”

It stayed atop the Billboard music charts for more than a year. And it turned this once obscure folk singer into a global sensation.

More than that – McLean was immediately set for life: he still makes more than $300,000 a year from that song.

Imagine getting paid hundreds of thousands of dollars a year for something you did in 1971!

This story holds the key to one of the greatest business model ever invented: the idea that you can create something once and get paid on it for life.

In case you’re not familiar with the term, a royalty is a cash payment that you receive over and over again from an asset that you created, developed, or own.

For example, songwriters collect a royalty every time a song they write is played, purchased, downloaded or streamed. That’s why McLean still makes money from American Pie.

Royalties are also common in natural resources. Royalty companies often provide financing to oil and mining companies… and those borrowers pay a royalty on every ounce of gold or gallon of oil that the land produces.

Authors earn a royalty every time somebody buys their book. Inventors receive royalties from their patents.

And people who own royalties don’t have to do anything else to make money… except cash the checks.

The powerful cashflow of this model can be incredibly appealing to investors, and there are even some companies that specialize in acquiring assets that produce royalty income.

Back then it was very cheap, and Tim’s subscribers have made nearly 50% including both dividends and gains in the stock price… far outpacing most traditional gold miners.

There’s another company called Mills Music Trust still that has an impressive yield of 10% (i.e. the amount of annual dividends it pays to its shareholders is roughly 10% of the stock price).

That’s an amazing yield. But good luck buying shares– the stock has a market cap of just $5 million in the OTC market, and the shares rarely trade.

One of the things I really like about royalties is that they’re REAL assets that produce income, just like agricultural property or a profitable private businesses.

In times of inflation, the value of your asset goes up, thus protecting your savings.

In times of deflation, the cashflow that the asset produces is extremely valuable.

But the real potential with royalties isn’t with publicly traded stocks– it’s in owning private assets that generate income… like American Pie.

It used to be very difficult to do this; owning royalties meant you had to know someone, or be in the business.

But if you weren’t part of the music business, it was very difficult to get in on these types of lucrative cash cows.

Modern technology has made it possible to bring together people like Don McLean who own royalties, along with investors who want to buy royalties.

It’s a similar concept to Peer-to-Peer lending platforms that match borrowers and lenders, or crowdfunding sites that match entrepreneurs with prospective investors.

It’s no longer industry insiders and big banks that have the deals all to themselves. But today I don’t want to talk about buying royalty companies. I want to talk about an exciting new opportunity that allows you to buy royalty assets directly from the creators and current owners.

You can cut out the middleman and collect these rich cash royalties yourself.

Now, as an artist or patent holder, you can go to a website and offer a portion of your intellectual property to sell to an investor.

And as an investor you can shop for any number of royalty-producing assets.

For example, RoyaltyExchange.com recently auctioned off music royalties from iconic bands like the Bee Gees and Eurythmics.

(One recent songwriter royalty sold for 7x last year’s earnings, which translates to a yield of roughly 14%.)

The site is currently auctioning a share of the royalties from comedy films like Dumb & Dumber, and There’s Something About Mary.

That’s the other exciting about royalties based on copyright. Unlike patents, which usually last for 10-20 years… copyright royalties last for much longer… up to 70 years after the death of the creator. That’s why you see popular songs like “Happy Birthday” earn millions of dollars of royalties every year for more than 50 years.

It means that whenever these movies are rented or played on TV stations around the world, the royalty owners get paid.

It’s like being a toll-collector on the pop-culture highway, so the potential is quite interesting. And these photos have another 50+ years of copyright left on them… so if you buy them… you could be getting paid until 2066! (These are the types of assets that could pay for your grandchildren to go to college.)

As we discuss frequently, part of being a Sovereign Man is having income independence. This means owning or creating valuable assets that produce independent cashflow.

Again, this could include assets like real estate or private businesses.

This is an incredibly important part of the “Plan B” strategy we always talk about. And owning royalty-producing assets may make sense for you to consider as part of that.