This gorgeous penthouse in the nicest part of town sold for $200,000 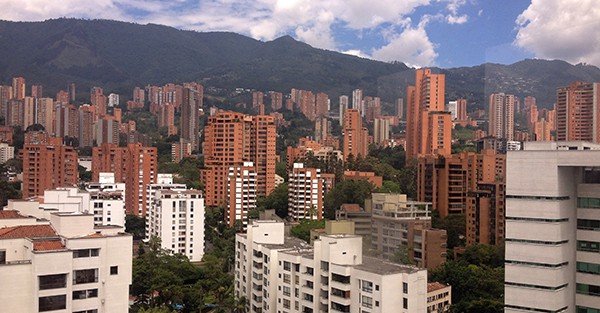 My friend Zac’s sprawling penthouse apartment is over 3,500 square feet.

Plus it’s located in the nicest part of town, just a short walk from all the best restaurants and nightlife.

You couldn’t even build a place like that for so cheap… so Zac essentially bought his apartment for less than its cost of construction.

Now, the one thing I didn’t mention is that his apartment is in the very lovely city of Medellin, Colombia.

This helps explain the cheap price.

While real estate in the developed world goes for nose-bleed valuations, apartment prices in Medellin are heavily discounted thanks to the decades-old ‘Colombia stigma’.

Yet anyone who actually bothers to spend time in the country can see that the worst is clearly over in Colombia, so the cheap prices for real estate just don’t make any sense.

Now, I’m not trying to encourage anyone to buy real estate in Colombia.

The larger theme is that making great investments demands ignoring the popular narrative and thinking both independently and unconventionally.

As we’ve been discussing lately in this letter, this is becoming more and more critical.

Last week I told you how pension funds in most western nations have appalling multi-trillion dollar funding gaps, and are thus unable to meet their obligations to future retirees.

That, of course, is in addition to the US government’s $40+ trillion Social Security shortfall.

You’re basically on your own for retirement.

And yet, as I wrote yesterday, people today have to save three times as much for retirement as their parents did thanks to zero (or negative) interest rates.

That’s pretty much impossible for most people.

Bills, family, education, medical care, taxes, insurance… most people have way too much month at the end of the money to save at all, let alone three times as much savings to stash away.

Plus, for those who can/do save, the conventional options just aren’t producing the results they used to.

The old advice of ‘buy an S&P index fund and hold it for decades’ probably doesn’t make sense anymore.

US stocks, for example, are now in the second longest bull market in modern history.

In other words, it’s extremely rare for US stocks to have risen so far for so many years, and it seems foolish to bet that this rise will continue forever.

Just like seasons of the year, financial markets tend to move in cycles– bull vs. bear, boom vs. bust. It’s been a very loooong summer for US stocks. And winter is coming.

This is a terrible conundrum.

If pension funds aren’t able to meet their financial obligations to future retirees, and conventional investments are unable to produce strong results, how is anyone supposed to adequately save for retirement?

My goal this week is to introduce you to some different ideas that may help.

As an example, look again at Zac’s apartment: he bought a high quality real estate asset for less than its cost of construction.

Understandably, this is not a great fit for most people.

Being an absentee property owner in a country where you’ve never been and don’t speak the language is risky.

But consider the concept for a moment: buying a high quality asset for less than its cost.

Our team has been having a lot of success over the last few years applying this concept to financial markets.

Instead of buying an apartment for less than its cost of construction, we focus on buying shares of profitable companies that are selling for less than the amount of CASH they have in the bank.

That’s not a typo.

Most stocks these days trade at absurd valuations. Netflix is a Wall Street darling. But its stock trades for an astounding 18x book value, and 328x earnings.

However there are corners of the market, particularly with smaller, lesser known companies, where shares sell for well-below book value, and even less than cash.

You can check this for yourself by looking at a company’s balance sheet (all public companies’ balance sheets are available online).

You’ll see the line item “cash and cash equivalents” in the asset column. That’s the amount they have in the bank.

Then subtract any long-term debt they might have indicated in the liabilities column.

Then compare that number to the company’s market capitalization, i.e. the total number of shares (which is also listed in the balance sheet) multiplied by the current share price.

If a company’s market capitalization is less than the amount of cash they have in the bank, you are essentially buying cash at a discount. That’s a no-brainer.

If someone offered you a dollar, would you buy it for 80 cents? Yes please! As many times as possible.

It’s hard to lose money when you’re buying a dollar for 80 cents. And our team has been averaging returns in excess of 50% with this strategy, without having to take on substantial risk.

It seems odd that opportunities like this even exist. I mean, why would a company sell for less than its bank balance?

Or that the Japanese government spends 41% of its tax revenue just to service its debt.

Or that banks can hold as little as 1% of your deposits in reserve.

Or that interest rates in many parts of the world are NEGATIVE.

There’s so much in our financial system that’s completely insane. At least you can make money from part of it.

Bear in mind, these deals are rare– but they do exist. We’re finding several of these right now in Australia… and that leads me to another unconventional investment idea.