This surprise asset outperformed stocks and bonds for 27 years 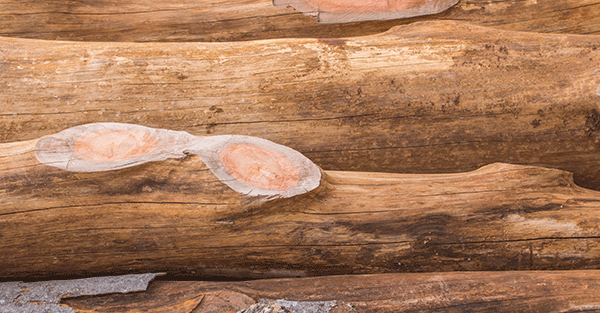 Out here in Eastern Washington’s Yakima Valley are beautiful, seemingly endless fields of abundance and wealth.

But not ‘wealth’ in the conventional sense. I’m not talking about paper money that’s conjured out of thin air by central bankers.

Growing up in a lower middle class household where my parents had to work three jobs each just to pay the rent, I never understood what any of that meant.

Like most people, I used to think that ‘wealth’ was how much money you had in your bank account. And for us there was never enough.

And there is perhaps no better example than agriculture.

Agriculture is one of the most fundamental forms of creation. And it’s so simple. You put seeds in the ground, and something real (and valuable) grows.

I first got involved in agriculture several years ago when I acquired a large farm in central Chile and saw first hand how much wealth (both physical and financial) could be created.

Planting fruit trees on raw land, for example, is like any other successful startup.

It took Facebook and Google a few years to get their businesses off the ground before they could start producing positive cashflow.

Agriculture can be the same way: it takes a bit of time for the trees to grow. But after a few years, they’ll produce fruit (and profits) for decades to come.

The key difference is that with agriculture, nature does most of the heavy lifting.

Plus, every single person on the planet needs to eat. Not even Facebook and Google have that kind of reach.

This is what makes agriculture such a great investment. The fundamentals are incredibly compelling… almost chilling.

The supply of arable farmland, especially on a per-capita basis, declines every year.

And many major agriculture-producing regions around the world are experiencing extreme water crises.

When economic conditions change and their financial situations improve, they not only start consuming more Calories, but the quality of those Calories changes.

Instead of consuming grains and vegetables that don’t require much land to grow, they’ll start eating more meat (which requires MUCH more land to produce).

This trend is pretty simple: there are more people demanding more food that requires more land at a time when the amount of land available per person is declining.

With such obvious fundamentals, it seems clear that agriculture is a great long-term investment.

It has been that way for a while. As we’ve discussed before, apple trees have outperformed Apple stock for decades.

Even something as mundane as timber outperformed conventional asset classes like stocks and bonds for 27 years.

It seems crazy that agriculture is even considered an ‘alternative’ investment. This is about as real and fundamental as it gets.

And again, it can be quite profitable. But it helps to have a global perspective.

A few years ago I founded one of the largest agriculture businesses of its kind in South America to acquire high quality farmland in central Chile that produces fruits and nuts.

(That’s actually why I’m here in Washington– I’m meeting with some major North American fruit producers based in the valley.)

Not to mention, our labor and operating costs are much lower in Chile.

Plus, because we are in the southern hemisphere and harvest when it’s winter in North America and Europe, the prices that we get paid are quite a bit higher.

This is turning into a fantastic business. But what’s really amazing about agriculture is that the return on investment is even higher when you go small-scale.

For example, you can buy a pack of 10 organic tomato seeds for about two bucks.

Plant them in the ground (or in a planter box on the window sill) and let nature do most of the work.

Even a pitifully neglected plant can produce 15 pounds of tomatoes, which can either be eaten or sold.

Either way, at $1.50 per pound, you’ve created $225 worth of value across all ten plants from your $2 investment in less than 5 months. Not bad.

(By the way, each tomato produces dozens of seeds, each of which can be planted to grow even more tomatoes. So from a single seed you could create limitless value.)

If you have a house with a yard, you can take things a step further and plant some fruit or nut trees that are appropriate for your local climate.

Not only does this create wealth from the fruit it produces, but it would also likely increase your property value.

This is real wealth. Real profits. Real value. And no matter how hard they try, central bankers cannot control how much fruit your trees produce.