Warren Buffett: “It’s a huge advantage NOT to have a lot of money…” 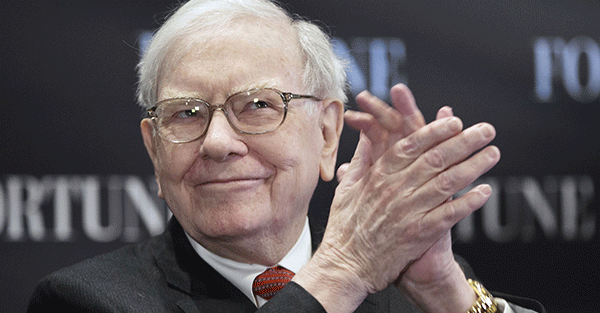 Instead, he’s advised everyone from Lebron James to his own children to simply buy an S&P index fund and hold it ‘for the next 50 years.’

He’s probably right; most people probably should just buy an S&P index fund. But not because it’s a superior investment.

It’s because most people simply aren’t educated about business, finance, and investing.

Proper financial education isn’t taught in public schools, so for a lot of folks, investing is an alien concept.

Whereas the average person is relegated to an insipid index fund, an educated investor can generate phenomenal wealth and prosperity.

Buffett himself is a great example of this.

Real education is a major part of being a Sovereign Man– achieving greater freedom and prosperity by learning more about both the problems AND the solutions.

One of the people I’ve been fortunate to learn from is Tim Price– a London-based investor and fund manager whose Buffett-like approach to investing is exemplary.

Below is a recent note from Tim Price in which he explains this ethos, and educates readers on the tremendous advantage we all have as small investors.

From Tim Price, Director of Investment at PFP Wealth Management in London:

The shareholders of Berkshire Hathaway have just celebrated their latest ‘Woodstock for capitalists’ in the form of the company’s annual general meeting.

One of the more interesting takeaways from the event is that, according to Warren Buffett (the company’s chairman), Berkshire Hathaway is now far too big to produce substantial returns.

He’s routinely discussed the company’s acquisition of See’s Candies in 1972 as an example.

Berkshire purchased See’s for $25 million at a time when See’s profits were less than $5 million annually.

In recent years See’s profits have been north of $80 million. Yet Buffett hardly had to invest a dime in additional capital to grow See’s profits.

That’s a great business for Buffett– one that isn’t ‘capital intensive’.

Today, though, Berkshire is buying businesses that require tremendous amounts of capital– railroads and pipelines.

When asked about this, Buffett explained that Berkshire is now effectively too big to invest in those great, low-capital businesses.

In other words, Berkshire Hathaway has too much money to manage. They HAVE to make capital intensive investments simply because they have so much capital to place.

Buffett has made this observation before, that size can be a barrier to high investment returns.

In an interview with BusinessWeek in 1999, Buffett almost bragged saying:

“The highest rates of return I’ve ever achieved were in the 1950s. I killed the Dow. You ought to see the numbers. But I was investing peanuts then. It’s a huge structural advantage not to have a lot of money. I think I could make you 50% a year on $1 million. No, I know I could. I guarantee that.”

But Berkshire Hathaway today is a $350 billion company, and elephants don’t gallop.

Buffett’s success as a capital allocator over a period of more than fifty years has clearly paid off for his longstanding shareholders.

But perhaps his most impressive achievement has been the transparency with which he’s discussed how he did it, primarily through his annual shareholder letters.

Buffett educates anyone who’s willing to learn about his value investing approach, encouraging everyone to ignore irrational markets and buy high quality assets as inexpensively as they can.

This brings up the question of size once again.

Value investing almost by definition is limited in terms of asset size and subsequent investment capacity.

If you have $350,000 to invest, you have the pick of the finest publicly-available value investments on the planet, no matter how small the market.

If you have $350 billion, you’re relegated to expensive railroads and government bonds.

That’s why the most disciplined value investors make a conscious decision to cap the size of their funds in order to concentrate on maximizing investment returns.

Simply put– smaller investors have a considerable advantage… if you know where to look.

So where is the most compelling value opportunity today?

First, you need a market or sector that has been out of favor for years.

If all the talking heads on business TV networks are screaming BUY BUY BUY, or touting the new ‘hot’ sector, that’s the place you want to avoid.

Next, look for a market that has been largely shunned by both domestic and foreign investors. Buy what other investors hate, especially when that emotion is based on ‘feeling’ rather than concrete data.

One example is the resource sector.

As commodities prices have fallen dramatically, the market capitalizations of many small mining companies (including several profitable ones) have been pushed below their net cash levels.

Most of these companies have market valuations of $100 million or less.

For individual investors, it’s easy to buy shares. But institutions like Goldman Sachs or Berkshire Hathaway that have tens of billions to invest are simply too large to get in on these deals.

Japan is another great example.

And yet, company valuations in Japan are incredibly attractive, especially the ‘mid-cap’ companies that are similarly too small for most institutional mega-investors.

As Greg Fisher, manager of the Halley Asian Prosperity Fund, points out, Japanese stocks have two key catalysts to growth:

First, many Japanese companies know their market valuations are “ridiculous” and are acting on that through stock buybacks and rising dividends.

Second, the dividends paid by Japanese companies are becoming increasingly attractive in an environment of negative interest rates.

In Japan, owning a stock yielding 5% is preferable to paying negative interest to the bank.

Both of these should have the effect of pushing up share prices considerably.

There are many more examples around the world: Vietnam, Russia, agricultural property in certain markets, etc.

The larger point is to ignore the mind-numbing conventional investment wisdom and expand your universe.

There are substantial opportunities in the world for educated value investors. And right now, we as individual investors have a tremendous advantage.