What I’ve learned being an ‘insider’ 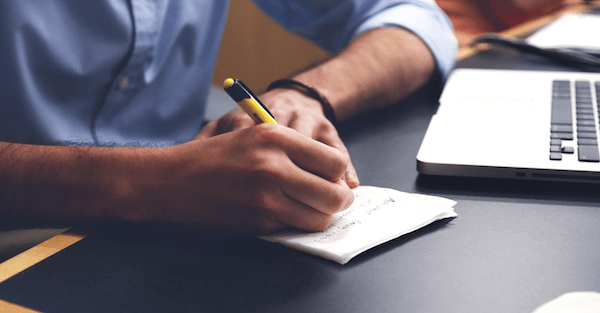 I’ve been in Australia for a little while now as part of my many professional responsibilities.

In addition to running Sovereign Man and several other businesses, I am also the Chairman of the Board of Directors a company that’s listed on the stock exchange here in Australia.

I’ve been on the Board for almost two years, and I’ll admit it’s been one hell of an experience.

I say this because most of us don’t realize how much financial markets are stacked against the little guy.

But through my capacity on the board of a listed company – as an “insider” – I’ve seen first hand the things that go on behind the scenes.

Big banks, institutions, high-frequency traders, hedge funds and even the companies themselves… there’s just no limit to how far they’ll all go to fleece the shareholders in every way.

Take director pay, for example. As a director, I chose to not receive any compensation. But that is extremely unusual.

Most of the time, company directors shower themselves with generous fees and option packages, in many respects sucking value out of the business at shareholder expense.

I’ve also seen a number of cases where company executives and directors set up external management companies that charge exorbitant fees to the company, sometimes exceeding the company’s annual profit.

That was actually the case with the company that I’m involved with here.

Before I joined the board, there was a small group of insiders who bled the company dry with their outrageous fees. They were essentially stealing from the shareholders.

Remember, shareholders own the company— all the assets and the cash belong to them.

Yet these sorts of arrangements– where a small group of insiders suck cash and value from a company for their own benefit– are sadly the norm.

And regulators are completely toothless.

When examples of the most rampant fraud are brought to their attention, they do absolutely nothing.

That’s what ultimately prompted us to take the largest stake in this company… and throw the directors off the Board.

We recently tried to take over another listed company that was blatantly stealing from shareholders.

Whenever those shareholders organized a meeting to vote the directors out, the directors would conjure new shares out of thin air, vote them for their own benefit, and cancel the shares the next day.

But, again, the regulators did nothing about it.

It seems that almost all insiders who have the means and the abilities will find every way possible to steal from shareholders.

It’s disgusting, it’s commonplace, and one of the biggest reasons I dislike investing in stocks.

The odds are overwhelmingly stacked against you. And smaller investors end up being the main course in a feeding frenzy among all the different insiders.

There are, of course, very rare exceptions to this rule: the few times I do invest in the stock market is when the upside is obvious and incredibly compelling— as Jim Rogers says “when the money is just lying in the corner, and all I have to do is walk over and pick it up.”

This includes buying shares of a profitable, well-managed business for dramatically less than its actual value– sometimes even less than the amount of cash the company has in the bank.

Deals like that are rare, but they do exist. And they are among the few opportunities in the stock market that are always bound to get my attention.

The reason is simple… when a company’s stock price is so low that it’s selling for substantially less than it’s worth, much of the risk has already been eliminated.

Yesterday we told you about Kitagawa Industries… we bought shares at a steep 24% discount to the amount of cash the company had in the bank. That was crazy for a mature, profitable business with a long and successful operating history.

The risk was incredibly low, with plenty of upside.

Within 17 months a competitor saw the true value of the business and took it over at a MUCH higher price– netting us a 249% gain.

Kitagawa Industries is not an isolated case either…

Nam Tai Properties is another great example. When our Chief Investment Strategist, Tim Staermose, first found it, the business had $261 million in CASH and $221 million in real estate.

It was an unbelievable deal. And after Tim’s exhaustive due diligence– flying to Hong Kong to personally investigate the company’s assets, we bought shares and made a 108% return in just 18 months.

Tim consistently finds and shares these kind of recommendations with members of our flagship investment service, the 4th Pillar– including the two examples above.

He has been able to achieve such reliable results because his number one focus is the preservation of capital: “If you focus on the downside, the upside takes care of itself.”

Last week, Tim published his 100th issue of the 4th Pillar, with another fantastic investment find– a deal that he thinks is one of the best he’s seen in years.

To celebrate this tremendous milestone, we are offering a very rare promotion– a 50% discount on an annual subscription to the 4th Pillar.

And to give you an even better idea of how Tim thinks and evaluates opportunities, you can download a free preview of a recent 4th Pillar issue.

Inside, Tim shares the details of a company awash with cash and paying an astronomical dividend.