Why buy gold now? Because I don’t know 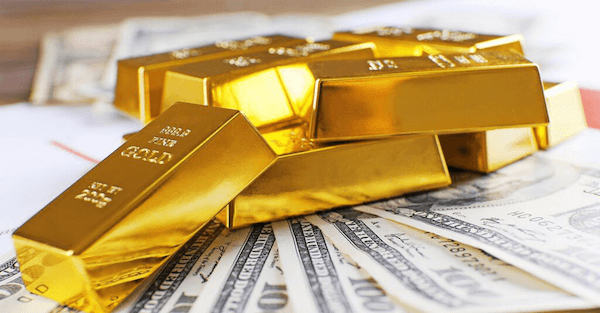 It was widely reported that the Swiss National Bank, the former bastion of monetary conservatism, lost $10 billion that year just on its gold holdings.

As you probably know, central banks hold a portion of their reserves in gold. The practice goes back to when central banks actually had to have gold on hand to trade in and out of paper money (or even trade for goods and services).

And central banks still hold reserves in gold today, even though they don’t need it to transact like they used to.

So that begs the question, did the Swiss National Bank actually lose $10 billion? It still had every ounce of gold in its vaults. And gold, after all, is money.

Plus, the SNB wasn’t holding gold to speculate…

Today, central banks hold gold as a hedge against fiat money. These are the guys with their fingers on the printing press… so they know exactly the effect they have on money.

And right now, banks are buying up gold hand over fist. Central banks currently hold 20% of all the gold ever mined—33,000 metric tons.

And JPMorgan Chase says they’ll buy another 650 tons this year and next.

Gold is for the I don’t knows.

And right now, there are a LOT of I don’t knows.

Markets have been going crazy over the past few months.

After a record bull run for stocks, we are now seeing massive volatility with the Dow regularly jumping 500+ points in a single day. Just yesterday, the Dow fell a whopping 800 points.

And there’s plenty of reasons for market to be worried today. For one, we’re 10 years in to a raging bull market… and it’ getting long in the tooth.

Plus, the Fed is raising interest rates. And when the price of money gets more expensive, people get a little tighter with it. That means it’s tougher for businesses and individuals to borrow. All things equal, higher rates mean lower prices.

Before last week, Fed Chairman Powell said rates were “well below” where they should be. And the markets reacted negatively.

Then, last week, after seeing how fragile markets were, Powell said rates are “just below” where they should be.

Just that one word difference sent markets soaring. But the joy was short lived.

There’s also the trade war with China, intensified by the Trump administration tariffs.

And then at the summit in Buenos Aries last week, China and the USA suddenly came to an agreement. They will halt the tariffs for 90 days for a three-month truce in the trade war. That sent markets soaring.

Then people read some tweet from Trump and worried the tariffs might be back on… markets dumped.

If there is one thing markets hate, it is uncertainty. And there’s plenty of uncertainty to go around today.

And while we’re seeing these late-cycle swings in the market, gold is as steady as ever…

While the DOW dips and climbs by hundreds of points, gold is still hanging out just below $1,250 an ounce. And it really hasn’t made any major moves up or down since 2013.

Yet today, an ounce of gold has about the same purchasing power as it had 1,100 years ago… talk about steady.

So while every other asset is still at or near all time highs, gold is relatively cheap.

Gold has held its ground during all this market volatility.

That is exactly how you want insurance to act. It holds steady in the face of craziness, even selling for a discount when everything else is as expensive as it ever has been.

It makes more sense to buy something cheap, that no one is excited about, while people clamber for exciting but massively overvalued stocks like Tesla and Netflix.

Since 2008 this massive monetary experiment of quantitative easing has sent stocks and assets to dizzying, unsustainable highs.

We think this experiment is coming to an end. The day of reckoning is close.

Stocks are up and down, trade wars are on and off, interest rates could keep soaring, or level off…

What do you do for the I don’t knows?

You get some cheap gold while you still can.

And by the way, while gold is on sale, silver is an even better deal.

In ancient times, the price ratio between gold and silver was about 15:1, meaning an ounce of gold was worth about 15 ounces of silver.

But over the past decades, this ratio has been closer to 50:1—an ounce of gold sold for 50 times what an ounce of silver sold for.

To be fair, this could mean gold is overvalued, not that silver in undervalued.

It’s a safe bet that gold goes up, and silver does too, possibly even more than gold.