How to profit from market anomalies and irrationality 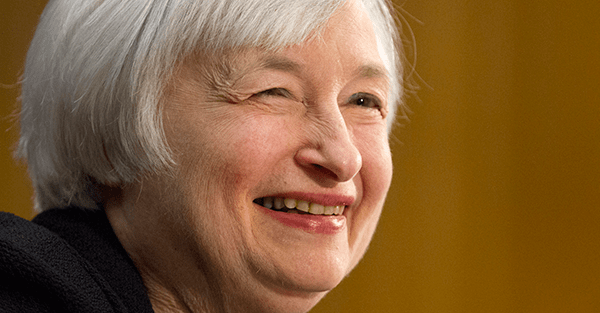 The first Tulips were brought over from Istanbul (then known as Constantinople) by a horticulturalist named Carolus Clusius in 1593.

But the scent, shape, and rarity of the flower soon caught on and quickly became a status symbol among wealthy Dutch residents.

As with any popular commodity, the price started to rise, giving way to all-out ‘Tulip Mania’ in Holland during the 1620s and 1630s, during which rare tulip bulbs could easily sell for thousands of dollars in today’s money.

It seems extraordinary that anyone would pay so much for a tulip.

But I often think the same about so many assets across our modern financial system.

I like Uber and use it myself occasionally. But I’m astounded that people pay so much for shares of this privately-held company.

Based on financial results leaked last week, Uber lost at least $1.27 billion in the first half of 2016 alone. And they’ve lost roughly $4 billion in their seven-year history.

Now that is truly impressive. It’s -very- hard to lose so much money so quickly.

Uber is even losing money in the United States, its most developed market.

But despite these horrific results, Uber’s market valuation is nearly $70 billion. And they’re far from alone.

Uber’s smaller rival Lyft, which promised investors it would ‘only’ lose $600 million per year, is worth $5.5 billion.

And now that Google has entered the ride-sharing business at prices that are far cheaper than Uber and Lyft, it’s hard to imagine either one of them turning a profit anytime soon.

None of this makes any sense. How could deeply unprofitable companies that are burning through record amounts of cash be worth so much money?

Then again, how is it possible that the bonds of bankrupt governments in Europe and Japan have NEGATIVE yields?

How is it possible that some banks are charging negative interest rates to their best customers?

Our financial system is full of these bizarre anomalies that don’t make any sense. And the reason is obvious:

Central banks have printed too much money– trillions upon trillions of dollars over the past few years.

And this rapid expansion of the money supply has created embarrassing misallocations of capital and extreme distortions in the marketplace.

When money is simply conjured out of thin air and so easily abundant in the financial system, it has no value.

And when money has no value, the people who control so much of it tend to make stupid decisions.

Case in point– 15 years ago after 9/11, central bankers printed hundreds of billions of dollars in hopes of boosting their economies.

Instead they ended up creating a massive housing bubble in which bankers routinely gave zero-down loans to borrowers with pitiful credit.

These idiotic financial decisions were enabled by central bankers who printed way too much money.

And it’s been this way throughout history.

Think about it– providing a no-money-down loan to a borrower with bad credit isn’t much different than paying thousands of dollars for a tulip.

Or valuing an unprofitable company at $70 billion.

Bear in mind that this works both ways.

Just as companies that lose tons of money can be valued at billions of dollars, it’s also possible for high quality, profitable businesses to be selling for less than their bank balances.

It’s like a financial yin and yang– extreme anomalies exist at both ends of the spectrum.

When the market breaks down, assets can be absurdly overpriced. But some assets can also be underpriced.

So at times of peak foolishness when capital is cheap and abundant, bankers and fund managers routinely follow one another into bad investments.

This is exactly what happened during the housing bubble back in 2006; nearly EVERYONE was making bad loans and buying toxic securities.

Anytime this happens and a giant crowd forms around certain asset classes, it always leaves small corners of the marketplace underpriced.

It takes work to find them, but these opportunities do exist.

Just this morning, our Chief Investment Strategist recommended a new company to his premium subscribers; it’s profitable and has more than $400 million cash in the bank, yet its market value is only $322 million.

It’s literally $78 million in free money for the taking.

(You can download a preview of the recommendation here.)

Just like overpriced assets at the other end of the spectrum, these types of underpriced assets also exist because central bank policies have completely distorted the market.

As crazy as it sounds, major investors are too busy buying negative-yielding government bonds or shares of overpriced companies, because those investments are what’s popular right now…

But sooner or later these asset prices will correct.

Frankly I’m grateful for the chance to make such no-brainer investments; it makes me feel like I should send Fed Chair Janet Yellen a fruit basket for creating such incredible distortions.

Or perhaps a bouquet of tulips.