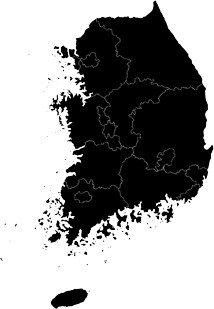 Over dinner with a friend in Busan, South Korea yesterday, the conversation turned to residency and second citizenships. My friend is a successful entrepreneur who’s lived in South Korea ever since I first met him in 1996.

Right now, he has an investors’ visa. The requirements are simple; when he got his, an investment of KRW50 million (about US$46,000) was enough to qualify.

But due to a rise in popularity, and some applicants not playing by the spirit of the law, the South Korean government will soon be raising the threshold. They are also scrutinizing such visa holders much more closely when it comes to things such as taxes.

So my friend, who is originally from Canada, has thought about taking out Korean citizenship.

Back when I first lived here twenty years ago, this was practically unheard of. There was one German fellow who appeared on Korean TV who’d done it. But it was difficult. And it offered few real advantages.

How things change. Today, South Korea is among the world’s strongest economies. And any able-bodied person who puts in the time and efforts can easily get it here. And, a South Korean passport is a fantastic travel document.

Today Korean citizens enjoy visa-free travel or visa-waivers to 160 countries around the world. The list includes the USA, Canada, virtually all of Europe, Australia, New Zealand, and every country in Latin America except Belize.

By comparison, a Danish passport will get you into 169 different countries visa free (the most of any nationality), and for a US passport it’s 166.

If you’re serious about it, qualifying for a Korean passport is NOT that difficult. Generally, 5 years of official residency qualifies you to apply. But, if you have a Korean spouse, and have been married for at least 3 years, the residency requirement drops to as little as 1 year.

You will also need to demonstrate that you can support yourself financially by having a steady job or sufficient accumulated savings. And, you’ll need a –basic- knowledge of Korean language and culture.