A secret paradise for gun rights and residency 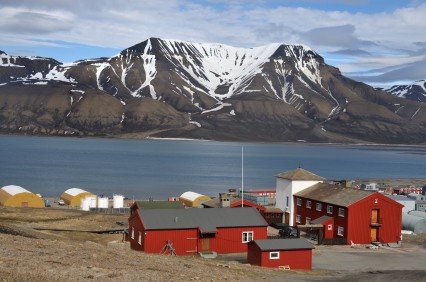 High up above Scandinavia about 75 degrees north latitude is an obscure archipelago that few people in the world know about, and even fewer have been to.

It’s called Svalbard, population ~3,000. And while the islands are technically part of Norway, they come with some incredibly unique benefits that I’ll explain in a moment.

For centuries, Svalbard was completely lawless, devoid of any government authority. It attracted whalers, hunters, merchants, and fishermen from all over the world– the UK, Russia, France, Netherlands, North America, and Scandinavia.

Amazingly enough, they were all able to co-exist for hundreds of years without a sovereign authority or central government telling them what to do or how they could live.

Of course, it all got screwed up eventually. In time as word got out about Svalbard, a number of countries tried to claim the islands. Peace turned to conflict very quickly.

Various nations began sending their navies to fight other navies. It was absurd. When they discovered substantial coal deposits, even more conflict ensued.

Svalbard’s fate was ultimately decided because of World War I. The utter devastation that was wracked across Europe led many war-weary politicians to consider a compromise.

Obviously the option of simply pulling out of Svalbard and letting the islands go back to being governmentless was off the table. So in 1920, a group of 14 nations got together and signed the Spitsbergen Treaty, effectively awarding Svalbard to Norway.

Over time, over forty nations (including the US, Canada, Japan, Australia, New Zealand, India, and most of Europe) became party to the treaty, recognizing Norway’s authority over the territory.

It all seems rather mundane… except for a few key provisions in the treaty:

1) Travel and Residency. Citizens from countries who are signatories to the treaty can travel to Svalbard and reside there. No visa or residence permit is required. You just show up. This makes Svalbard a unique, albeit unlikely escape hatch.

In practice, it will be difficult to get to Svalbard if you don’t have at least have a visa (or visa-free travel) to Norway. Unless you travel by boat, it’s a three hour flight north from Oslo.

Furthermore, according to the Norwegian Directorate of Immigration, if you eventually apply for permanent residency on the Norwegian mainland and are accepted, your time on Svalbard will count towards citizenship.

Citizenship in Norway is granted after seven years of permanent residency; you can be out of the country for up to two months of each calendar year during that seven year period.

2) Tax. There is no VAT in Svalbard, compared to 25% in Norway. This makes things noticeably cheaper. It also means that there are no social services, public welfare, etc. People are expected to take care of themselves. Crazy idea, I know.

3) Gun rights. If you already have a permit to carry firearms in your home country, you can use your existing documentation to ‘rent’ a rifle for up to six months from the moment you arrive on the island.

In the meantime, you can apply for a license to purchase firearms through a very straightforward, abbreviated process. Qualification standards include, and I’m not kidding, (a) being sober, and (b) being over the age of 18.

Understandably, most people aren’t going to hop the first plane to Svalbard… but it’s definitely a place to be aware of, especially if you need to hit the escape button quickly.