In the terminal collapse of the Roman Empire, there was perhaps no greater burden to the average citizen than the extreme taxes they were forced to pay.

The tax ‘reforms’ of Emperor Diocletian in the 3rd century were so rigid and unwavering that many people were driven to starvation and bankruptcy. The state went so far as to chase around widows and children to collect taxes owed.

By the 4th century, the Roman economy and tax structure were so dismal that many farmers abandoned their lands in order to receive public entitlements.

At this point, the imperial government was spending the majority of the funds it collected on either the military or public entitlements. For a time, according to historian Joseph Tainter, “those who lived off the treasury were more numerous than those paying into it.”

In the 5th century, tax riots and all-out rebellion were commonplace in the countryside among the few farmers who remained. The Roman government routinely had to dispatch its legions to stamp out peasant tax revolts.

But this did not stop their taxes from rising.

Valentinian III, who remarked in 444 AD that new taxes on landowners and merchants would be catastrophic, still imposed an additional 4% sales tax… and further decreed that all transactions be conducted in the presence of a tax collector.

Under such a debilitating regime, both rich and poor wished dearly that the barbarian hordes would deliver them from the burden of Roman taxation.

Zosimus, a late 5th century writer, quipped that “as a result of this exaction of taxes, city and countryside were full of laments and complaints, and all… sought the help of the barbarians.”

Many Roman peasants even fought alongside their invaders, as was the case when Balkan miners defected to the Visigoths en masse in 378. Others simply vacated the Empire altogether.

In his book Decadent Societies, historian Robert Adams wrote, “[B]y the fifth century, men were ready to abandon civilization itself in order to escape the fearful load of taxes.”

Perhaps 1,000 years hence, future historians will be writing the same thing about us. It’s not so far-fetched.

Further, the propaganda machine goes into high gear, ensuring the peasant class is too deluded by patriotic fervor to notice they’re being plundered by the state.

And just in case anyone falls out of line or starts thinking too much, they give a handful of people badges, weapons, and the authority to terrorize the population. 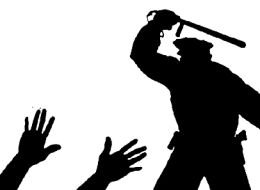 This time is not different.

At $780 billion, the US government’s budget deficit for just the first six months of FY2012 is more than the entire GDP of Indonesia. This is absurdly unsustainable, yet there is no end in sight to reckless spending habits… let alone paying back what’s owed.

Meanwhile, a whopping $5.5 -trillion- worth of US debt is maturing over the next three years. And it’s unlikely that foreigners will continue to generously loan their hard earned savings to Uncle Sam at sub-inflation rates.

Further, given the millions of new entitlement recipients, it’s unlikely that intragovernmental agencies like Social Security will have the cash flow available to mop up any meaningful portion of this debt.

Like the 5th century Romans before us, people may be ready to abandon civilization itself to escape the burdens placed on them by today’s ruling class. Only, by the time this happens, it may be too late to start doing anything about it.