And… another one reaches his Breaking Point 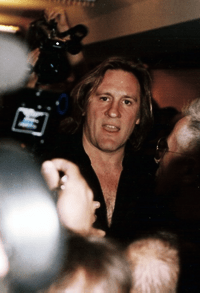 French actor Gerard Depardieu paid 85% of his income in taxes last year. He claims to have paid nearly $180 million in taxes over his 45-year career. With Francois Hollande’s latest round of tax increases in France, Depardieu has reached his breaking point.

As you’ve probably heard, Mr. Depardieu announced that he is giving up his French citizenship and moving to Belgium. His home in Paris is on the market for a reported 50 million Euros.

The story has made big headlines. Yet for everyone like Depardieu, there are probably hundreds, maybe thousands just like him that no one has ever heard of.

And we’re not talking about mega-millionaires, either. But rather productive, professional, everyday people who are sick and tired of being squeezed by their socialist governments and the moronic dingbats who elect them.

It’s a trend that’s only likely to increase.

Imposing significantly higher taxes, inflation, and regulatory burdens on people will lead many to simply leave… whether this happens in France, England, or the United States.

Not to mention, higher taxes never fix the problem. As we’ve discussed times before, the US fiscal situation is no longer a tax or political issue, it’s a simple arithmetic problem. Failure is inevitable.

Here’s another way to put it– in 2011, the US government spent 19.7% of all the tax revenue it collected just to pay interest on the debt. In 2012, the percentage was even higher.

So we’re talking one fifth of every tax dollar collected goes to pay interest at a time when interest rates are practically ZERO! Imagine how much they’d have to pay if interest rates rise, even by the slightest bit.

And yet, bankers and money managers all over the world, the people who have been entrusted with YOUR money, keep lining up to buy debt from Uncle Sam. It’s absurd.

Speculator George Soros talks about systems that are “stable, but far from equilibrium.” It’s possible for economies to remain stable, but be completely unsustainable… until suddenly, all hell breaks loose. US government bonds will likely prove a textbook example of this.

Betting against Uncle Sam (and the Fed) been a losing proposition for 5 years now. 30 years, actually. But history shows that equilibrium is always reached. There is no avoiding the tide.

In the meantime, our continued advice is to protect yourself, regardless of when the bottom may fall out. Take steps that make sense, no matter what. Allocate your savings and structure your affairs to survive whether the financial reckoning for the great fiat experiment is tomorrow, or five years for now.

And these steps are no longer only for the wealthy. Anyone can do things like:

All of these tactics make sense no matter what happens. If the monetary charade continues for another few years, you won’t be worse off for having a stash of gold and silver in Singapore. Or owning highly productive farmland in South America. Or having a bank account in Hong Kong.

Yet if the bottom falls out tomorrow, you’ll be one of the tiny few who is prepared.

If this approach makes sense to you, I want to make it a ‘no-brainer’ for you to get started right away. So for the next several days, we’re providing a very special holiday offer to subscribe to our flagship publication, Sovereign Man: Confidential.

And as a new Sovereign Man: Confidential subscriber, you’ll receive an incredible, limited-time discount to purchase and store gold at the most advanced precious metals depository in the world…

Click here to find out more about it before the offer and discount expire.