Another reminder of how the US government destroys business

One of the most phenomenal human beings I’ve ever met hails from Harare, Zimbabwe of all places. His name is Time. That’s seriously his name. When you ask him about it, he shrugs, grins, and says, “My mom felt that she was in labor for way too long.”

Time is a real Sovereign Man. He understands that his family comes first and foremost above all else, and growing up under the regime of Robert Mugabe, he had to get very creative in order to support his loved ones.

By the time he was 15-years old, Time could see the writing on the wall. Mugabe had all but destroyed the market and private property rights, and Time knew there would be absolutely no prospects for him in Zimbabwe.

So what did he do? He learned a valuable skill and looked beyond his own borders for the best opportunities. He spent years in the wilderness living with the native bushmen learning how to track animals. He worked diligently to improve his English. He read everything he could get his hands on about botany. 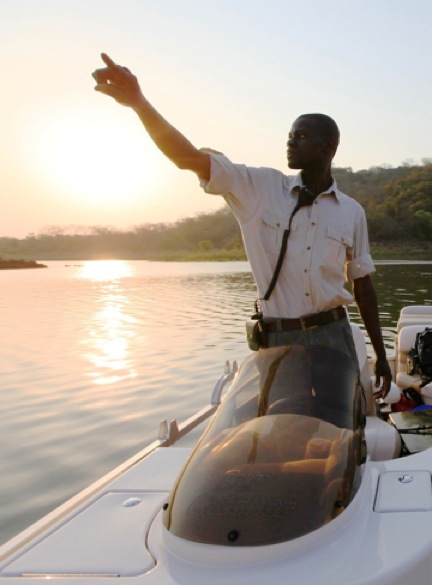 He traveled to Tanzania and Botswana to cut his teeth as a safari guide while Mugabe plunged Zimbabwe into hyperinflation. He worked hard, saved his money, and always sought to improve his professional capabilities to become a better guide.

When the smoke cleared, he returned to Zimbabwe and took a tracker job at one of the most exclusive lodges in southern Africa. I got to know him when I was visiting the lodge last year, and we became fast friends due to our common philosophical outlook.

[As an aside, I should say that Zimbabweans are some of the warmest, friendliest, most engaging people on the planet. I tend to visit the country each year, and I highly recommend putting it on your short list. It’s unlike any other experience.]

Time and I talk regularly, and I’ve been helping him to invest in Zimbabwe’s burgeoning agricultural sector. Mugabe’s economic policies absolutely devastated what used to be one of the most fertile places in the world… but now it’s starting to make a comeback. Time is eager to capitalize on the opportunity.

A few months ago, he scrapped his savings together and bought a small piece of land that he wants to begin planting with various small-scale organic crops. I offered to pony up the $3,000 he needs to buy submersible pumps for irrigation.

“Western Union,” he told me, “is the most efficient way to receive cash in Zimbabwe. As you know, because of Mugabe, we don’t have our own currency anymore. But be advised, they’re going to give you a hard time when you tell them that you want to send money to Africa.”

My next call was to Western Union.

“I’d like to send money to Zimbabwe,” I announced to the operator.

“Is that an international transfer?”

“Zimbabwe.” I was about to lose it. I heard the familiar click, click of the keyboard as his system pulled up the country-specific rules.

“Uh, sir, we are obliged to discourage you from sending money to people that you don’t know. Did you receive this request to send money from an email?”

“Yes, sir. But did you receive this request by email from an unknown person?”

“What did I just say? No. I know the guy personally, quite well. Let’s proceed.”

“Yes, sir. Will you be sending the money in local currency?”

“There is no local currency in Zimbabwe.”

“Yes sir. Now, US government regulations require that I collect your social security number for any money transfer in the amount of $3,000 or more.”

“What? Seriously? I’m calling you from Chile trying to send money to Zimbabwe. What business is that of the US government??”

“Yes, sir.” And then he proceeded to collect all the information about Time, confirm my credit card information, and all the other nonsense. After a few more minutes, he submitted the order for processing, and then told me,

“I’m sorry sir, the transfer has been declined.”

“What? Why? Was the credit card declined? I can call Mastercard.”

“No, sir, it was declined on our end. Our system refused to take the order. US government regulations require…”

Steaming angry, I politely thanked the man for his help, hung up, and sent an email to my banker in Singapore asking if they could send money to Zimbabwe.

“No problem!” she replied. Exactly the answer I was hoping for.

As I write this note, I’m happy to say that the funds are on the way to Time, and that he should be up and running by the middle of next week.

The whole affair was just another friendly reminder of why I try to avoid doing anything in the US at all. Regulations, financial tracking, consumer protection… it’s just too damn difficult to get anything done.

In fact, that I achieved my objective by using a flexible, “can do” bank in Singapore is probably the perfect conclusion to this allegory. Time well spent indeed. 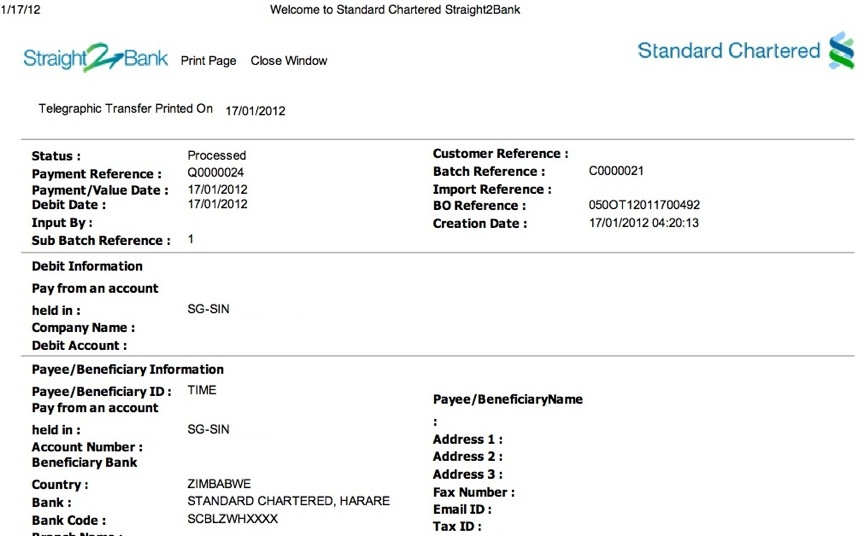