Are they spying on you?

The British government went out of control years ago; one report from the BBC in 2009 showed that an average of 1,500 petitions are submitted -every day- to conduct surveillance on UK citizens.

In the latest (publicized) perversion of government power, federal agents are now ordering real-time tracking of credit card transactions, travel information– pretty much anything right down to what brand of peanut butter you buy, and all without judicial or citizen oversight

Known as ‘hotwatch orders,’ government agents are able to write their own administrative subpoenas to surveil US citizens; they request the records of phone companies, Internet service providers, video rentals, and even frequent flier / customer loyalty programs at airlines and grocery stores.

Without court oversight, the subpoenas do not even need to be part of an ongoing investigation or suspicion of criminal wrongdoing; US federal agents can simply decide that a particular individual should be tracked, and then compel private companies to provide a real time feed of his/her activities.

Frequently, the administrative subpoenas are accompanied by gag orders that prevent the company from notifying its customer that they had been served with a subpoena. More than likely, the customer will never know that his/her records are being instantaneously relayed to a federal agent.

The thing is, these hotwatch orders are not expressly authorized under US law; federal agents are capitalizing on loose language in existing laws that allow them to write administrative subpoenas in certain instances… and they’re taking that limited authority to extremes.

In 2009, House bill HR 1800 (National Security Letters Reform Act of 2009) was submitted which would tighten the language, provide clear guidelines for federal agencies’ authority, and provide an oversight mechanism.

The bill quickly lost momentum and has been in subcommittee purgatory for 18-months. Just like the TSA’s egregious violations of passenger privacy, politicians have no incentive to keep their federal agents in check.

All in all, this is yet another brick in the wall that shows how quickly the US is descending into a police state. Perhaps it’s only a matter of time before the redux of the “Un-American Activities Committee.”

Perhaps the final nail in the coffin is that, in addition to their far-reaching, unchecked power for surveiling their citizens, US federal agents also have nearly unlimited powers to confiscate any asset in the country that they suspect may be involved in criminal wrongdoing.

To be clear, ‘criminal wrongdoing’ covers a lot of ground… most people think such seizures are limited to customs violations, drug trafficking, and the like.

Not true. Government agencies as irrelevant as the Federal Trade Commission can ruin your life if they even -suspect- you of violating any number of obscure laws relating to email spam, Internet downloads, misuse of pay-per-view cable TV, etc.

It’s the real life equivalent of that old, trite joke about the guy who goes to jail for ripping off the “DO NOT REMOVE” tags from underneath his mattress. 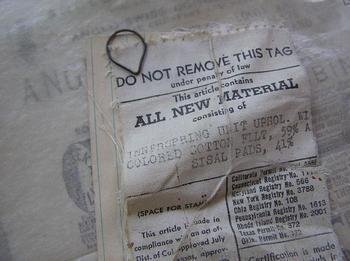 Law enforcement officials often use that tired expression “ignorance of the law is not an excuse…” The truth is that US Code comprises hundreds of thousands of pages worth of obscure, conflicting, Byzantine regulations. Each of us is guilty of something right now… and perhaps that’s the point.

The system that they’ve created is one in which suspicion equals guilt, all without due process. Once they deem you suspicious, they can freeze your accounts and seize your assets, thus taking away whatever resources you might have to defend yourself and prove your own innocence.

It’s my assessment that bankrupt western governments are going to make this sort of financial cannibalism a cornerstone of their recovery strategy; everyone is fair game for surveillance, and the threshold for asset seizure is minimal.

Now, it’s easy to read about these invasive tactics and get jittery, thinking that big brother is breathing down your neck and about to pounce. Some people are prone to paranoia and obsess over every scrap of information that might become privy to government eyes, nomatter how inconsequential.

Relax. Part of planting multiple flags is not having to worry anymore.

These days, anything that transpires online or within the global financial system is susceptible of being monitored or hacked. We might not be able to stop this from happening, but by planting multiple flags, we can mitigate the consequences.

Notwithstanding our governments’ worst intentions, there are plenty of ways to protect ourselves– there’s no need to panic and go live in a hole, but simply to prepare.

Moving some money outside of your home country to a strong, independent jurisdiction should be priority one. When you have funds located outside of the control of your home government, suddenly the bureaucrats can’t freeze your accounts with a few keystrokes.

Also, establishing an offshore trust in the right jurisdiction is a great way to put some legal distance between you and your assets, providing an extra layer of protection. By holding assets in foreign accounts through a foreign trust, you’re building a brick wall around your wealth.

These are the sorts of topics that we routinely discuss in our premium service, Sovereign Man: Confidential; in this month’s edition which is being released today, for example, I wrote an in-depth article about the effective use of Labuan companies for asset protection and legitimate tax mitigation.

If you own a business, I similarly recommend planting multiple flags. If possible, incorporate offshore and move your business’s major assets overseas if possible; this would prevent you from being compelled to disclose customer information by your home government.

Lastly, like Howard Beale, if you’re mad as hell and not going to take it anymore, I’m a strong advocate of heading for greener pastures. Why live in a police state unless it’s absolutely necessary?

If privacy is your chief concern, head for smaller countries that lack both the arrogance and finances to conduct surveillance their own citizens– places like Chile, Croatia, Uruguay, Sri Lanka, Lithuania, and Costa Rica.