Boots on the ground in Fukushima, Japan

I had to come see for myself. What does the worst radiation and natural disaster in history look like? Chaos. Devastation. Cataclysm. Right?

Actually… none of the above. Fukushima and the surrounding prefecture is as quaint and picturesque as ever. Eight months on, there are hardly any signs of a nuclear accident or major earthquake, at least on the surface.

I was half-expecting the town to have a permanent decontamination facility… with radiation detectors as far as the eye can see, and legions of workers in biohazard suits. After all, this town of nearly 300,000 is now the world’s largest dirty bomb.

But riding through the surrounding area and walking around the streets today, Fukushima looks like any other small(ish) town. Schools, temples, shops, and restaurants… everything is normal. In fact, it’s almost eerily normal, like something out of an old Hitchcock film. 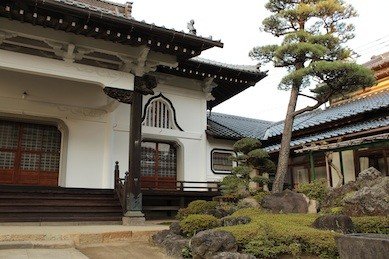 Keep looking until you can see the gamma rays...

People here have moved on and even learned to joke about the incident with an untraditional sarcasm. At dinner this evening, my friend asked the waiter “How’s the eggplant?” to which the waiter replied with a dry smile, “Oh don’t worry, we source that from another location now…”

The really bizarre thing is that the radiation levels are still really high… yet everyone is staying put. Tepco, the group that operates the failed nuclear reactors nearby, has been publishing all sorts of propaganda saying that radiation levels are falling. Nobody believes it.

A group of politicians staged a recent media stunt, drinking water that was supposedly filled from a puddle outside Fukushima’s reactors, and dining on local produce.  Nobody seems to care. 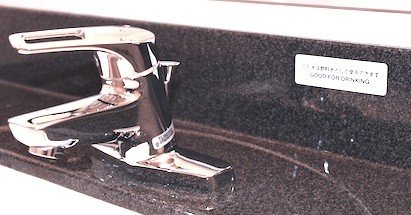 The government is telling them not to worry while private studies suggest otherwise. A recent paper published by Norwegian atmospheric scientist Adreas Stohl refutes a number of claims made by the Japanese government, and it more than doubles the government’s estimate of how much radiation was released in the accident.

And yet, nearly everyone is still here. After the initial evacuation, people just came back to town and picked up where they left off. They know the government is lying to them. They know they’re in danger and that their lives and livelihoods are at risk. But they’re staying put.

Some of this is due to a lack of preparation. Most people didn’t plan for this emergency and didn’t have an action plan or bolt hole somewhere. For others, it’s just the expected thing to do– stay and suffer.

It seems crazy, but this is a familiar story.

Think about how many people are lied to on a regular basis by their politicians. They know they’re being lied to. They know their livelihood is under attack. They know the trend is bad, and it’s getting worse. But they do nothing and plan nothing, warning signs be damned.

Oh, how politicians love it when citizens are good little sheep, patiently waiting to be milked and sheared.

Look, each of us has a choice to make. Like the folks here in Fukushima, most people will simply put up with constant abuse indefinitely. Others will grab a pitchfork and join the lost souls’ convention on Wall Street. Most will pin their hopes on the next election.

Fukushima teaches us that voting with your feet is sometimes the only sensible option. After all, there are a lot of green pastures out there in the world.

It may not be a popular decision. Throughout history, societies frequently derided anyone with the foresight and fortitude to leave.

And so what? Let them complain. Our obligations are to ourselves, our families, and whomever else we choose to let into our circles. There is no natural debt to society or political servitude simply by accident of birth.

It’s time to start rejecting antiquated social expectations and think in new directions. With so much uncertainty, it makes a world of sense to have a backup plan overseas.