Check out this “undiscovered gem”, a city known for all the wrong reasons 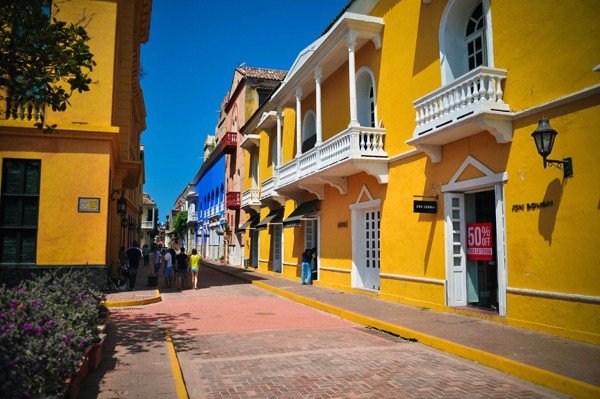 Cartagena, Colombia: Because of a $47 dispute the whole world got to know about Cartagena, a city on Colombia’s Caribbean coast. For all the wrong reasons, unfortunately.

Two years ago Cartagena hosted the Summit of the Americas, a get-together of all heads of state for countries from North, Central, and South America, bar Cuba.

Before Barack Obama got there a group of Secret Service agents that descended on Cartagena decided to have some fun. And apparently it was a wild night.

It would probably all go down unnoticed – including the summit in Colombia itself – had it not been for a huge ruckus and dispute the next morning with the girls that the agents brought back to their hotel over the payment for their services.

Cartagena deserves its attention for a host of other reasons, however.

It was one of the most important cities during the expansion of the Spanish Empire in the Americas. Its port was a major trading hub for gold and silver mined in New Granada and Peru. Galleons loaded with precious metals would depart from Cartagena for Spain.

Because of its economic and subsequent political influence in the Americas the city had a strong presence of royalty and wealthy viceroys. Its riches made it the top target for pirates and Cartagena is THE city most associated with pirates in the Caribbean, and the world.

To defend against the plundering the Spanish have built an elaborate system of walls, fortifications, bastions, and castles. The construction began after the attack by Francis Drake in late 16th century and took an incredible two hundred years to complete.

Thanks to those efforts, however, Cartagena’s old colonial town is today immaculately preserved.

The place has a great jovial vibe. But that’s not all there is to Cartagena.

Just a 5-minute taxi ride away and you can change the fairy-tale romantic old town for a Miami Beach-like setting in Bocagrande where new high-rise hotels and apartment buildings are popping up like mushrooms after autumn rain.

No wonder the place is a tourist magnet. Most of them are from other Latin American countries, however. There are hardly any Western tourists here, apart from an odd backpacker.

For now the property market is largely driven by Colombians who have favored this Caribbean town for a long time. It’s still an “undiscovered” investment haven when it comes to foreign, and especially Western investors for now.

That’s something that’s bound to change as Colombia goes through its transformation period and sheds it bad-boy image.

A few European investors have already started coming in. But the potential that Cartagena has is enormous, given its bountiful attributes.

And the time to get in on the action and enjoy the spoils of its rise to prominence again is now, especially as practically no one else is looking at it.