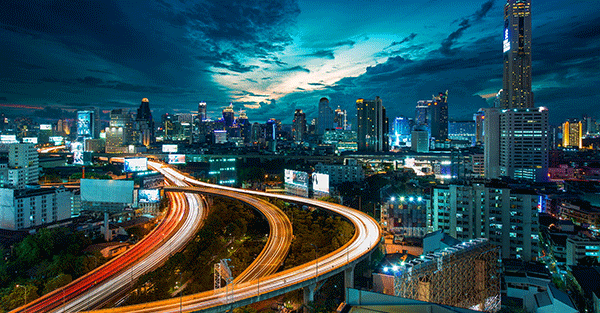 Whenever I land in Bangkok, I instantly feel the buzz. This is a city that’s alive, unlike any other in the world.

Commerce is everywhere and sometimes it feels that the whole city is one big marketplace.

Bangkok is known across the world for its exhilarating social life, but that same incredible energy is put towards business and entrepreneurship as well.

While the official startup scene might be relatively new, the entrepreneurial spirit is clearly an intrinsic part of the culture.

That’s why the unemployment rate in Thailand is so low (the official rate is an incredible 0.56%), especially when you account for people hustling in the ‘informal sector’.

If you want to get into business here, you simply set up your own food stall or street shop, and you’re in business in no time. I’ve even seen foreigners on Sukhumvit Road hauling around their own fruit carts in the evenings.

Lately, the number of startup-related events in Bangkok has really surged.

But in reality, they’re not trying to create an entrepreneurial community, they’re just making the existing one more connected by building an ecosystem.

And if the domestic business culture here weren’t enough, Bangkok is also a magnet for expat entrepreneurs.

More expats are living in Thailand than just about anywhere else in the world; and many of these people are actually making their dream lifestyles a reality through online and offline businesses.

They choose to come here because they can live well at just a fraction of the cost that they could back home. Delicious food, nice digs, tropical weather, and a great social life—all at a substantial discount.

Especially for online businesses, the connections here are great; there’s an entire cadre of young entrepreneurs who have made a home in Thailand—primarily in Bangkok, Chiang Mai, and Phuket.

And an increasing number of VC firms are now flocking to the scene. Both local VCs and those with Silicon Valley experience are springing up, including that of InVent and Ardent Capital.

Open to entrepreneurs both from Thailand and abroad you can have great access to training, mentorship and seed capital through incubators, such as HUBBA, MAD, and True Incube.

One of the most prominent, AIS The StartUp, the Thai telcom’s own incubator, is now hosting its third generation of startups.

For those accepted to the program, they don’t offer simply a space to work in and a bit of cash, but genuine support from the company itself, which of course includes access to its 41-million customer base.

Clearly this is not your average amateur startup scene.

A lot of cities in the world have a lot to offer entrepreneurs, but to have everything a startup needs in terms of culture, excitement, budget, and opportunity all in one place—Bangkok is hard to beat.