Does the US government want to prevent you from leaving? 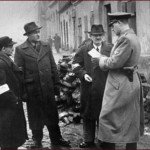 Can you imagine being trapped inside your home country, unable to leave? It may be closer to a reality than you realize. I’ll tell you a quick story to explain.

This weekend I rented a car in Bulgaria with the aim of driving through Serbia, Kosovo, Macedonia, and eventually into Greece. Now, I’m no virgin to land border crossings in the developing world and understand the corruption and incompetence that typifies customs checkpoints. But this weekend’s experience was much more.

With documents in hand, I drove to my first border crossing in Strezimirovci, Bulgaria. After clearing customs on the Bulgarian side, the Serbian officers decided that they would not allow me to enter with the normal papers, and instead required that I obtain another customs form to proceed.

Unfortunately, they had no such customs form at their station, so they turned me around and sent me to another border check point in Kalotina, over an hour away.

The road from Strezimirovci to Kalotina skirts the Serbian border for a large part of the drive– quite literally, on one side of the road is Serbia, and on the other is Bulgaria. It’s all part of the same landscape with no discernable difference… these are just invisible lines guarded by gun-toting monkeys.

When I arrived to Kalotina, I found the ‘office’ where I was supposed to obtain the new document– just a simple, roadside concession stand. The ‘agent’ was the shop’s proprietor, a chain-smoking Serbian woman with rather mannish features.

Once I paid the appropriate fee, she spent the next 10 minutes hacking at her keyboard to produce an official looking Cyrillic document with lots of stamps and seals.

While I was waiting for her to finish, four different customers came into the shop to stock up on snacks and drinks. All they wanted was a cold one for the road, but they eventually got tired of waiting and left.

These four customers represented potential transactions that could have contributed something to the economy. Instead, though, they were preempted by an unnecessary bureaucracy that adds absolutely no value whatsoever.

As expected, the Serbian customs agent barely glanced at the form when I crossed the border this time. Finally on Serbian soil, I pointed my car towards Pristina.

Now, Serbia still pretends like Kosovo is part of its sovereign territory, and Serbian police are under strict instructions to make the immigration checkpoint on the Kosovo border as painful as possible.

The vehicle line at the checkpoint was backed up so much that it took several hours to pass. All along the way, there was not a single bathroom, vending machine, fuel station, or even street light. It’s obvious that they want to incovenience travelers to the point that people will think twice before visiting Kosovo again.

When it was finally my turn, I drove up to the policeman and handed him all of my papers. He slowly went through every single detail, looking for any technicality he could find to prevent me from crossing.

The rest the station was staffed with 10 other agents.  All brandished automatic weapons slung over their backs, yet each stood around doing absolutely nothing. One person was “working,” and the other ten were smoking, eating, drinking, and shooting the breeze.

Frankly, I pity all of these border agents whose only function is to deny, obstruct, or otherwise frustrate the forward progress of other human beings.  These people will go their entire careers contributing nothing of value to the world, and destroying what others are trying to create. It’s truly a pitiful existence.

This weekend’s affair was a clear example of what happens when a government imposes mind-numbing bureacracy to prevent freedom of movement. And if you think it can’t happen where you live, think again.

In the US, the government now requires all citizens to have a passport in order to pass the border, even when driving into Mexico or Canada. Obtaining a passport, however, is neither free nor guaranteed.  You must apply, pay an ever-increasing fee, and wait for weeks to be approved and receive it.

Recently, the State Department quietly proposed a new ‘biographical questionnaire’ in lieu of the traditional passport application. The new form requires you to provide things like:

Most people would find it impossible to provide such information, yet the form requires that the responses ‘are true and correct’ under penalty of imprisonment.

Naturally, the privacy statement on the application also acknowledges that the responses can be shared with other departments in the government, including Homeland Security.

If this proposal passes, then US citizens will have a nearly insurmountable hurdle to obtain a passport and be able to leave the country at will. Even if it doesn’t pass, it’s a clear demonstration of what the people who run the country are thinking.

Have you reached your breaking point yet, comrades? Let me know what you think.