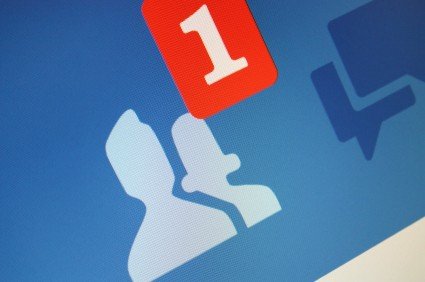 When you think about it, it’s easy to understand why financial markets and media have been so fixated on the Facebook IPO.

The creation of so many billionaires and millionaires overnight is certainly cause for good cheer, and given the debacle in Europe coupled with America’s looming ‘fiscal cliff’, Facebook may be the ONLY bit of good news in the entire financial system.

But a $100 billion valuation…? 100+ times earnings? This certainly seems excessive, at least for now.

What we’re supposed to believe about Facebook is that the company is going to continue to revolutionize advertising in the way that it stratifies users by demographic, geography, interests, etc.

True, this is really beneficial for advertisers; if you’re a company that manufactures surfboards, for example, you can target your ads to men between the ages of 20 and 30 who live in coastal California and “like” surfing or Laird Hamilton.

This is much more effective than some radio ad or billboard which is seen by the general public, 90% of which will not be the target market.

But there are a few issues with Facebook’s model-

Like real estate along the highway for billboards, there is only so much digital real estate on a user’s screen that can be allocated for advertising space.

Once Facebook sells this space, it’s gone and cannot be resold. In order for Facebook to sell more ad space, the user needs to refresh his/her screen by clicking on a link.

Each time this happens, there is new screen real estate available for ad space, and Facebook can generate more revenue.

Ultimately, this means that Facebook’s ad space, hence the company’s revenue, is directly proportional to the aggregate number of page views, i.e. how many times all Facebook users load a new page and new advertisements are displayed.

Aggregate page views are tied to the number of Facebook users… as well as how much time they spend actively engaged on the site.

Given that such a meaningful percentage of the entire world population already uses Facebook, it’s difficult to expect rapid growth to the user base which would justify a 100x valuation on earnings.

2) Future growth markets are presently not that rich.

The preponderance of Facebook users are in developed markets like the US and Western Europe– places where consumers are wealthy enough to provide retailers with a solid return on their advertising investment.

But future Facebook markets are in developing countries; if you look at the visualization below (granted, it’s 18-months old), there’s a huge gaping hole in Africa. Not exactly most retail advertisers’ wet dream.

Does the growth potential of Facebook users in Africa and other developing markets justify a 100x valuation? Probably not.

Another huge gaping hole for Facebook is China, which currently blocks the social network. China has its own assortment of closely-monitored social networks, though there are a number of Chinese who do use Facebook surreptitiously through proxy servers.

It would certainly be a questionable growth strategy to rely on the Chinese government to do anything for Facebook… but even if the company could gain entry to the Chinese market, double its user base, and double its revenue, it would still be selling for over 50x earnings. This is still really pricey.

4) The existing platform is riddled with errors.

I left Chile 62-hours ago for the United States. And yet, on my own Facebook homepage, I’m still being served Spanish language Chilean ads. Facebook seems to think I’m still in Chile.

This happens a lot as I travel; when I was in Asia and returned to Chile last month, I was receiving Singapore advertisements for at least a week afterwards.

This is a huge bug, indicative that Facebook’s existing ad platform is just not ready for prime time… and certainly not worth $100 billion.

There is no shortage of competing social networks out there, from Four Square (20 million users) to Google’s Google+ (gaining by the day). Competition is something that any business has to deal with, but it will be hard to justify a 100x, $100 billion valuation if competitors are taking away market share from Facebook.

So if $100 billion, 100x earnings is too expensive, what’s a more reasonable valuation?

Take a look at Apple… a great company with great products and a ridiculously loyal customer base. Apple has made tens of billions of dollars selling its products to hundreds of millions of customers around the world.

Moreover, the iTunes store has sold over 16 billion songs, videos, and movies since inception just a few years ago.

Google, another company that knows a little something about advertising, also shares similar growth potential… yet it trades at less than 20x earnings.

Bottom line, it’s pretty extraordinary that a bunch of young kids were able to create such a massive enterprise out of their dorm room in less than a decade. But definitely think twice before plunking down your hard-earned savings.