Go to this city if you want to disappear

If you’re on the run and looking for a place to lay low, one city you should consider is Tangier.

You have to start with a bit of history– as far back as the days of the Phoenicians and Carthaginians, Tangier was an important commercial center due to its location at the entrance of the Mediterranean.

For the next 2,000 years, the city was conquered by successive nations, including the Arabs, Berbers, Portuguese, Spanish, French, and English. In 1912, though, several countries signed a treaty declaring Tangier a politically neutral, economically liberal ‘international’ city, open to all nationalities and businesses.

As such, Tangier attracted a shady cast of characters ranging from international bankers and businessmen to foreign diplomats to expat artists, as well as legions upon legions of spies. People came from all over Europe, Africa, and the Middle East to Tangier, and its place in history, particularly in espionage, is unparalleled.

Movies and storybooks paint a romantic picture of the city… and all of Morocco for that matter– the name conjures the same imagery as Casablanca, including my favorite scene from the classic movie:


Unfortunately, Tangier is now a long way off from Bogart’s day. Sure, it was once quite picturesque, laden with European architecture amid Berber traditions. Today, while there are still some nice parts of town, the whole place is generally run-down, as if the maid hasn’t shown up since 1956. 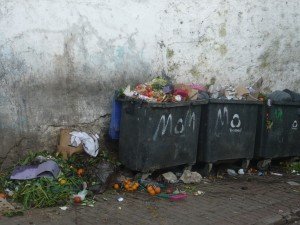 The best analogy for Tangier is probably Havana, Cuba; Tangier was to the Europeans and Arabs what Havana was to North and South Americans– fully of tourists, wealth, hedonism, shady deals, and spies… lots of spies.

Similarly, the last 50-years has been rather unkind to both cities, due largely to an exodus of foreigners and their capital. But while its original wealth has faded, Tangier has still retained its ‘can-do’ (i.e. corrupt) outlook… and this is part of what makes it a great place to disappear:

First, the costs are reasonable… not cheap, but reasonable, so it won’t break the bank to lay low there for a while. Real estate (if you would consider buying there) will set you back around $1,500 per square meter for a clean place with a sliver ocean view, roughly 10% of the price in Rome.

Renting a modest apartment will cost you less than $500/month. 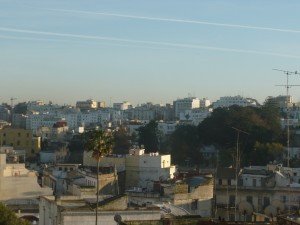 Food is also quite cheap, and you can buy fresh vegetables, herbs, and spices from the markets in the same place that merchants did thousands of years ago. 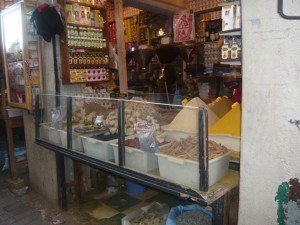 Second, language is not a problem, so you will be able to communicate. One of the strange side effects of being conquered so many times is that the locals managed to pick up quite a few languages. Most people you will meet speak English, French, Spanish, and Arabic.

Third, the city is crazy. For first-timers, it can be shocking, and even for hardened veterans it can be overwhelming. You have to constantly be on guard against being fleeced, accosted, harassed, or otherwise annoyed by your new friend who wants to ‘make you very special price’ on a Moroccan rug.

In other words, most people are not going to want to come looking for you in Morocco because it’s simply too much hassle.

Fourth, everything is for sale– and negotiable. Do you want you passport stamp backdated? Not stamped at all? Do you want to eliminate all record of your visit? Do you want to trade for goods and services in gold? Assume a new identity?

Tangier is the place where all of this can happen before you even leave the port.