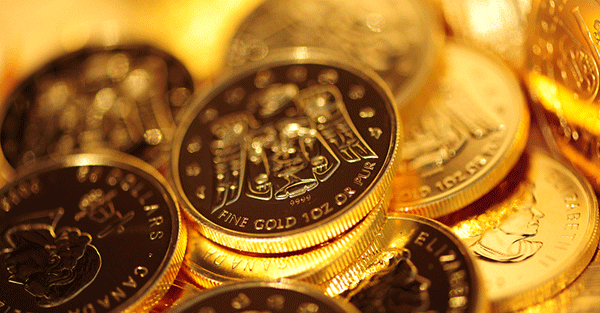 The selling in gold (and silver) stocks has been nothing short of brutal in the past several sessions, save for a modest bounce Tuesday.

The Philadelphia Gold & Silver Index of precious metals mining companies is now back to levels last seen in 2002. Gold then was less than 1/3rd the price it is now.

Admittedly, the cost of mining gold is up significantly since then, so many large gold companies are struggling to make money now, even with gold around $1,100 an ounce.

Many also carry a lot of debt. Barrick Gold (ABX), for example, has a particularly bad balance sheet, and the stock has now been sold down to levels not seen since 1991!

To me, the selling is starting to look like some sort of capitulation.

The higher quality stocks in the sector, whose business models are not burdened by high mining costs, nor large debt balances — for example, the royalty companies, such as Royal Gold (RGLD) and Franco Nevada (FNV)— also saw double-digit losses in a single trading session on Monday.

So, it looks to me like the baby is being thrown out with the bath water.

We cannot know for sure where the bottom is, or hope to time it exactly. But, I suspect it is close.

The trigger for the sell-off seems to have been a mini ‘flash crash’ in the price of spot gold during the most thinly traded part of the week, early Monday morning in Asian trade.

Some 5 tons of bullion were sold on the Shanghai stock exchange within minutes, and the price of gold briefly plunged by $44 to $1,080 an ounce.

It has since recovered much of that initial loss, but all sorts of theories have been doing the rounds about the reason for the fall, and many traders and investors are very jittery.

One school of thought says that China has not been accumulating nearly as much gold as everyone thought and therefore maybe won’t underpin stronger demand going forward either.

Whatever the case, I sense an opportunity.

Personally, I am looking at using the volatility in gold and gold stocks to construct an options trade that will benefit from a rebound in well-selected mining companies in Australia.

Selling an ‘out of the money’ put spread when volatility is high is a good way of bringing money into your account that will stay there, in the event the underlying stock doesn’t keep tanking, and the options expire worthless.

But simple trades such as going long the gold stock miners ETF, GDX, or even buying longer-term positions in the quality mining companies might also be warranted at this time.

I can’t guarantee there isn’t going to be another leg down. But, gold and silver stocks sure are cheap and hated right now. And for those with contrarian instincts, that makes them worth a close look.