Good things require a little bit of effort. So does freedom. 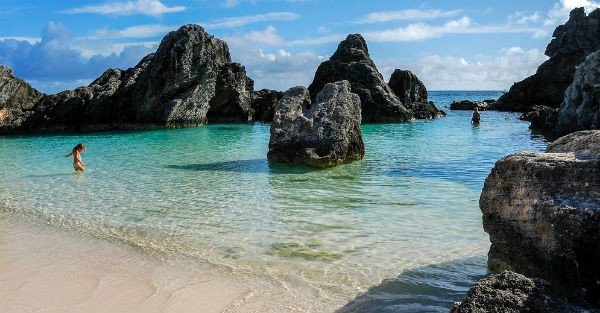 It’s been nearly a dozen years now that I’ve been living abroad as an expat.

In that period I’ve lived in at least half a dozen countries and traveled to more than 100 on all seven continents.

People often ask me questions like when am I going ‘back home’, as if my leaving the mother ship was the result of some temporary insanity.

But when I look back on that decision, it really feels like one of the best I’ve ever made in my life.

Being an expat can really be an exceptional adventure (though certainly one with its ups and downs).

As I explain to people who find the lifestyle unusual, foreigners almost always get better treatment wherever they go.

Governments treat their own citizens like medieval serfs… dairy cows to be milked dry and taxed into the grave.

But with foreigners it can be the exact opposite as governments often need to attract new investment capital or skilled labor.

They roll out the red carpet with special incentives; here in Chile, for example, the government has a lengthy tax-free regime on worldwide income for foreigners, as well as a brand new foreign investor incentive.

In Panama they created the famous ‘pensionado’ incentive program to attract foreign retirees many years ago.

Plus as a foreigner, you’re pretty disconnected from the local system.

When you’re born and raised in a country, the government talons dig deeper into your flesh every year.

But when you move to a new country, they don’t have decades of records on you.

It’s like starting over with a blank slate where you can actually live below the radar quite easily.

Foreigners can even have an easier time in the US, especially non-resident aliens.

Bloomberg recently demonstrated how the US is the #1 tax haven in the world, something that we have been saying for years here at Sovereign Man.

Foreigners can register an anonymous Delaware LLC and stash ill-gotten gains in the US banking system with total privacy. US citizens would go to jail for this.

Foreigners can also invest in US stock markets and pay absolutely zero capital gains tax. Citizens, on the other hand, can pay 23.4% up to 39% or more.

Taxation is actually a major benefit of being overseas.

A French couple, for example, can completely (and legally) escape France’s tax insanity simply by moving to Panama.

US citizens are nearly alone in the world in being taxed on their worldwide income, even if they don’t live in the US.

But there are plenty of exceptions.

My tax bill last year was $0.00. And I expect to pay zero tax this year, all because I’ve taken advantage of the Foreign Earned Income Exclusion which allows you to earn over $100,000 tax-free subject to basic foreign residency requirements.

Your spouse can take advantage of it as well, doubling the benefit. Plus you can receive a housing deduction as well, boosting your tax savings to $80,000 or more.

Imagine having an extra $80,000 in your pocket each year.

Better yet, imagine the feeling of no longer providing financial support to a government that murders children by remote control drone strikes.

With the tax savings alone, you may achieve a huge bump in your lifestyle, especially as the cost of living abroad can be lower than back home.

Even here in Chile, which is nowhere near the top of the list of cheapest places in the world, you can buy a small organic farm for about $250,000.

That price gets you about 10 acres of mature, productive fruit trees that generate a healthy profit, plus 15 acres more for a private garden, plus a well-constructed home, plus multiple sources of water.

All of that in a lovely valley with expansive views of the Andes and 300+ days of sunshine annually, about 3 hours from the capital.

I’ve had three different houses built in this country alone.

And despite all those projects, I have applied for a grand total of zero permits, licenses, and other nonsense. I just sent in crews and started working.

Granted, there were probably some regulations that I violated. But no one seems to care.

That’s been my experience in many countries around the world as a foreigner– there’s a general feeling of being totally disconnected from the state.

You may be thinking right now, “Sounds great. I’d love to escape this madness and live a better, cheaper, more profitable, more free lifestyle abroad. But I have too many constraints.”

I get it. Family. Work. Not everyone can just pick up and go.

But even if you’re not able to walk away right now, it still makes sense to have a plan.

What are the key triggers that would make you ready to walk away? What resources would you need to make that happen? Where would you go? What steps can you take in the meantime to increase your freedom?

If you start educating yourself now, you can learn enough to set goals and make a plan to achieve them.

It’s just like anything else. You’re not going to double the size of your savings without first understanding the markets and planning your investment strategy.

You’re not going to get in shape without first learning about diet and nutrition, and then planning out your meals and workouts.

Good things require a little bit of effort and investment. So does freedom. But you can get there.