Got Greek grandparents? If so, here’s a major opportunity for you. 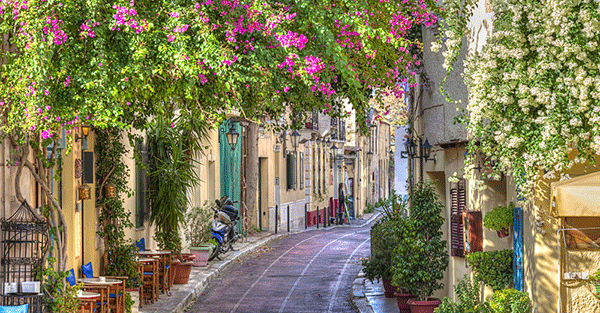 Walking down the streets of Kalamata, not only had everyone known his name, they’d have offered him a drink and asked about his grandmother’s health.

But in New Jersey where he lived, Hector was a nobody.

Trading in the warm, sunny coast of Greece for bitter winters and relative isolation was unquestionably the hardest thing that Hector and his wife had ever had to do.

They left decades ago because, back then, America was the land of opportunity.

But today, after years of mind-numbing 9 to 5, increasingly painful taxes, and unconscionable fiscal irresponsibility, Hector’s son Nikos is taking the opposite approach and going back to Greece.

It’s 2015. Nikos knows that he doesn’t need to live in the same place as his company or his customers. He knows he can make money from wherever he is on the planet. And he wants to be in a nice, warm, beautiful place.

With Greek ancestry, Nikos has been able to obtain Greek citizenship—not only for himself but for his children too.

This entitles he and his family to live (and work) just about anywhere in Europe, to travel around the world, and even more easily invest as a global citizen.

It also means that no matter what happens in the US, that they have a back up plan.

Making sure to spend no more than 6 months in Greece each year, the family is not subject to Greek taxation.

If you happen to have any Greek in your ancestry I would strongly advise you follow Nikos’ lead and get the papers to prove it.

Some of our SMC members, including Nikos, have gone through the naturalization process without legal assistance (though this does require wading through Greece’s legendary bureaucracy).

To get started, anyone with Greek ancestry will need to compile a significant paper trail from your ancestors to you.

This includes the birth, death, and marriage certificates of your most recent Greek ancestor as well as those of everyone in between.

A helpful hint is that if you have a direct ancestor that is male, start with them first. They are much easier to trace given that all men had to register for the military with the Male Register.

(Note: Greece has had mandatory military conscription since 2009 for all males aged 19 to 45. There are exceptions, but if you just happen to be 46 or older, all the better.)

If you go through the process yourself, you’ll need to contact your home consulate to get started; this is primarily the Greek consulate that has responsibility over the area where you are resident.

For example, if you live in Calgary, you’ll need to contact the Greek consulate in Vancouver which has jurisdiction over Alberta.

Greece has a lot of obvious economic problems right now. And while I would never recommend holding significant financial assets there, a Greek passport can still provide significant benefit.

If you qualify, it’s something I would definitely consider—especially women and men over the age of 45.