How to easily save $20,000 by living and working in Australia 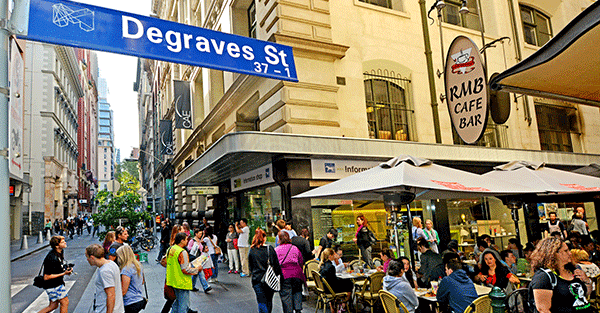 It was just a few days after arriving to Australia that Jean was able to start working immediately at the most prestigious French restaurant in Sydney, without having to look for a job very hard or dealing with much bureaucracy.

As a chef trained in France Jean had his choice of which high-end restaurant in Sydney to work at, as there is a shortage of qualified labor to work in those positions.

He arrived Down Under on a so called working-holiday visa, which grants young people the ability to work in Australia for a year or more.

In France he was just one among thousands that had a similar skillset, pedigree and experience. In Australia his knowledge and skills are a prized commodity.

By using geographical and cultural arbitrage he was able to leapfrog his career development immensely.

Due to Australia’s laid-back culture the local chefs aren’t trained to the same rigorous standards of Europe, and many are unwilling to work in the extreme environment of a French kitchen.

Best of all, Jean is earning his income in the over-valued Australian dollars and being paid stupidly high wages which allows him to save a substantial amount for the future.

A number of countries on every continent offer working holiday programs, but countries like Australia, New Zealand, Ireland and Singapore stand out for the high wages and opportunity to work in an English-speaking environment.

This is part of a larger trend of young people who are leaving their home countries and finding that they have better job prospects abroad.

In a recent note we talked about how many Spanish are heading to Latin America to find better opportunities than they could ever find in depression-hit Europe.

For young people today getting international experience like this is absolutely essential.

When you’re in a developed country surrounded by millions of people who share similar skills and educational background, it can be hard to stand out amongst a sea of competitors.

But if you take off for a country where your skillset is not as common, you might be the only person in town who has the knowledge to do things that might seem like second nature to you.

As a young person with little obligations tying you down you have nothing to lose and everything to gain by traveling abroad in search of opportunities.

Worst case scenario—You end up back home, broke and jobless, after spending some time gaining experience of living and working abroad. Still much better than the rest of the unemployed 26 year old college grads.

Or you might find yourself flourishing in an environment with better and more exciting opportunities.