How to ensure you don’t end up like Edward Snowden 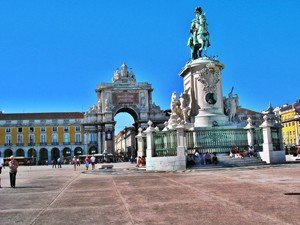 Portugal is often overlooked as a tourist destination for more famous venues like Spain, France, and England. But if you’ve never been before, I highly recommend it.

This has long been one of my favorite places to be in Europe. There’s such an incredible amount of history here; despite its diminutive size, Portugal was once the most powerful empire in the world… and they have the architecture and monuments to prove it.

Right now, Portugal is on sale. The cost of living here is next to nothing, assuming that you’re not tied to the local economy.

This is the perfect example of the multiple flags lifestyle that we’ve been discussing for over four years now.

With modern air transport options and telecommunications technology, it’s possible to live in one place (or many places), earn money in another, invest your savings in another, etc.

And you have the power to choose each of those places and determine which is best suited for your specific needs.

You can choose the place that you bank and invest based on your risk appetite, not the color of your passport or postal code.

You can choose the place that you reside and spend time based on your lifestyle aspirations, not on some accident of birth.

Portugal may very well fit the bill for a lot of people. A five-year recession here has cut deep into the economy and society. And they’re practically giving away houses here.

People thought that the housing crisis in the US was bad a few years ago when you could buy tracts of ratty patio homes for less than $50,000 each.

It’s far worse here. I’ve been looking at entire developments that have been abandoned, and apartments that are selling for less than half of the cost of construction.

These are unbelievable deals, far more attractive than what I’ve seen in Greece, Spain, Cyprus, or even in the US at its worst.

The low prices also applies to the rental market.

There are a lot of locals who are hemorrhaging cash on underwater mortgages. Yet even despite this, they don’t want to take on a Portuguese tenant.

Property owners know that once a local tenant is entrenched in the apartment, they won’t be able to evict them if/when they stop paying the rent. So they’d rather simply suffer the cash crunch instead of giving someone else housing for free.

For this reason, foreigners have their pick of the litter and can practically name their own price.

I’m particularly excited about quality farmland here as there are a number of distressed properties for sale. The asking prices I’m seeing for land with mature fruit and nut trees, or producing vineyards, are occasionally even less than what I see in South America. And that’s really saying something.

And for those who are looking for an easy way to live in Europe, the Portuguese government has launched a new program to award residency permits to people who invest, create jobs, or buy property here.

It’s called the Golden Residence Permit Programme, and you can qualify by purchasing a property worth at least 500,000 euros ($650,000).

This gets you a lot in Portugal– whether an enormous flat in Lisbon, or several hundred acres of productive agricultural land.

Moreover, after six years of residency, it’s possible to apply and become a citizen of Portugal… one of the most valuable travel documents in the world.